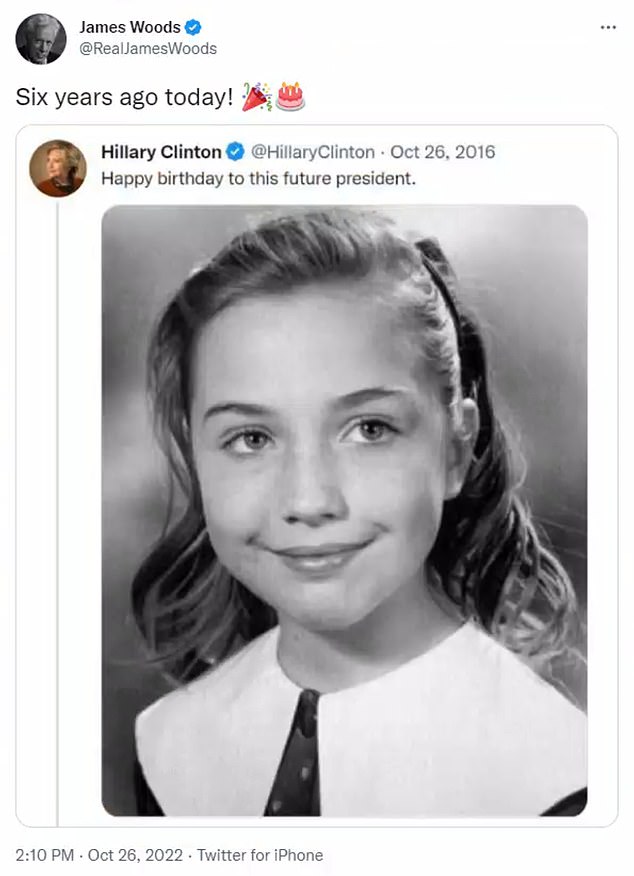 Conservative are celebrating Hillary Clinton‘s birthday by digging up her 2016 embarrassing tweet in which she referred to herself as the ‘future president.’

On Wednesday, James Woods sent his birthday wishes to the former secretary of state in a tweet that contained a screenshot of Clinton’s social media post from the year she ran for president.

‘Six years ago today,’ Woods wrote, alongside a celebration and a birthday cake emoji.

On October 26, 2016, Clinton tweeted a childhood picture of herself with the caption, ‘Happy birthday to this future president.’

Clinton’s post came just days ahead of her stunning defeat in the 2016 Presidential Election. 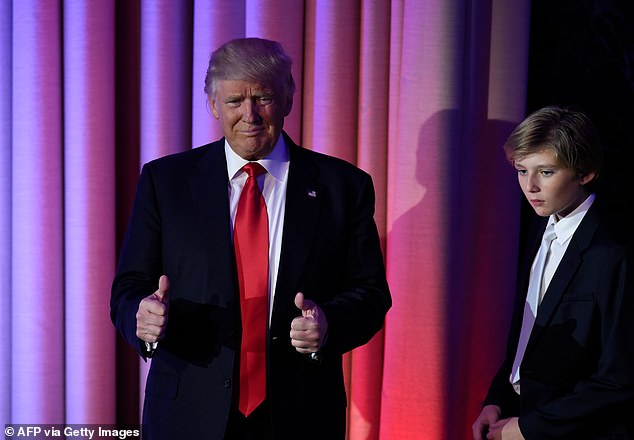 Former President Donald Trump famously went on to win the 2016 Presidential Election in a shocking upset. Trump won by sealing the deal with 304 Electoral College votes to Clinton’s 227. Clinton, however, raked in nearly three million more ballots in the popular vote

The campaign was still well underway and Clinton was slated to win with big margins by most media accounts.

She, of course, went on to lose the Electoral College to former President Donald Trump; the former president won by sealing the deal with 304 votes to Clinton’s 227.

Clinton, however, raked in nearly three million more ballots in the popular vote.

Critics of the former first lady have revived the tweet yearly on her birthday as a way to mock Clinton and how poorly the tweet aged.

On Wednesday, thousands of Woods’ followers liked his birthday greetings, with hundreds more replying to the tweet with their own ‘wishes.’

‘She tweeted happy birthday to HERSELF, and called herself the future prez,’ one person said. ‘Well that was kind. I hope she tweeted “thank you” back!’

Another responded to Woods, writing: ‘That will never not be funny.’

‘One of the best tweets of all time,’ said one follower.

‘Oh yes, the good old days, it seems so long ago that she felt entitled to the Presidency… oh wait she still does,’ a Twitter user said. 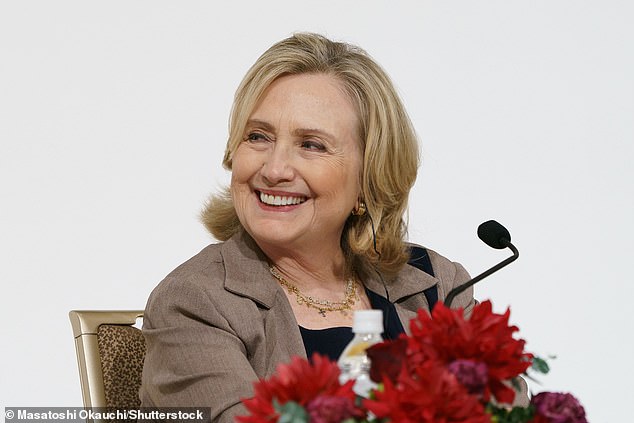 Hillary Clinton has been mocked every year since 2016 when she posted a tweet, wishing herself a ‘happy birthday to the future president’ 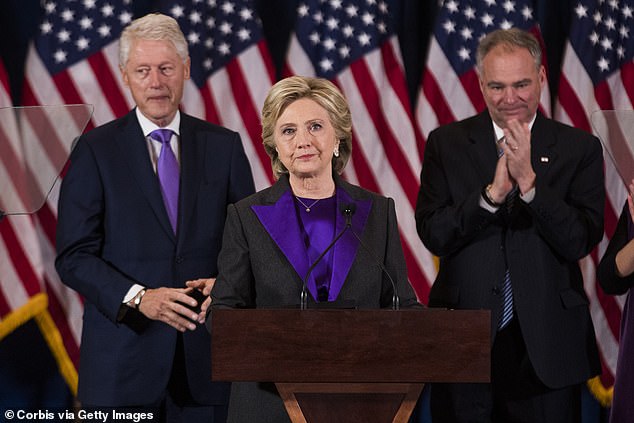 Hillary Clinton was largely predicted to win when it came to the 2016 Presidential Election.  November 9, 2016, while making her concession speech

Earlier this month, DailyMail.com reported that Clinton may be considering yet another presidential run in 2024, after her two failed previous campaigns.

Dick Morris, who worked for Bill Clinton and now advises Donald Trump, said in a recent interview that he sees Hillary possibly campaigning as a ‘moderate’ 2024 candidate.

‘Hillary is just dusting off Bill‘s playbook that I wrote for him and applying it herself this year,’ Morris told radio host John Catsimatidis of Cat’s Roundtable on WABC.

He cited both the Clintons’ recent comments suggesting they’re aware of the worsening border crisis, striking a different tone than that of progressives in their party.

Clinton had recently said in an MSNBC interview that she condemned Florida’s Republican Governor Ron DeSantis sending migrants from the southern border to Martha’s Vineyard but conceded that ‘nobody wants open borders.’ 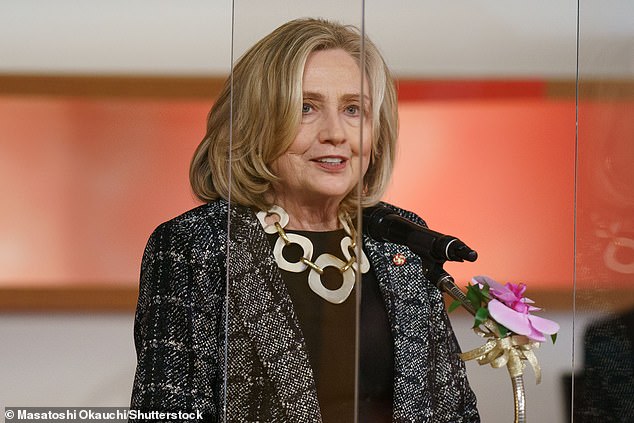 Hillary Clinton could be gearing up to run for president in 2024 as a ‘moderate,’ a former adviser to her husband said on Sunday

‘I see more and more signs that Hillary’s going to run. Bill … said there was a limit to the number of people the US can absorb. And Hillary a week ago … said Americans do not believe in open borders,’ Morris said on Sunday.

‘These are all signals that she is going to be the moderate candidate for president,’ Morris said.

The advisor to Trump said he believes she will wait until Democrats lose the House of Representatives in November during the midterm elections.

It’s also possible that Democrats lose control of the Senate, which is currently 50-50 with Vice President Kamala Harris as the tie-breaker.

‘She’s going to say after the election, “See, the left cost us the House and the Senate. If we stay with a left-wing candidate in 2024, we’re going to lose the White House. I’m the only one who will tack to the center and give us a chance at victory.”‘ Morris said.

‘I know that’s her strategy because it’s the strategy I designed for Bill Clinton in 1992.’

Despite the claims made by Morris, Clinton has repeatedly denied that she will ever run for The Oval Office again.

‘No, no,’ the former First Lady said when asked about her future White House prospects by CBS News’ Norah O’Donnell.

‘But I’m going to do everything I can to make sure that we have a president that respects our democracy and the rule of law and upholds our institutions.’