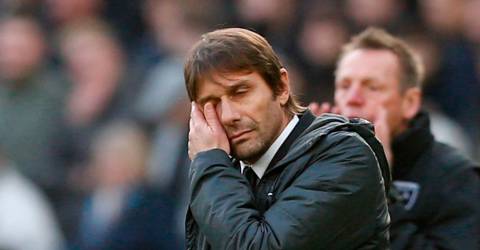 NOTTINGHAM: Tottenham Hotspur manager boss Antonio Conte(pix) has said he would be happy for Son Heung-min to marry his daughter as he defended the struggling South Korea forward.

Son has failed to hit the heights he established last term as his goalless start to the season continued during Spurs’ 2-0 win away to Nottingham Forest on Sunday.

His form so far this term has been far removed from the run of 10 goals in the final nine games of last season that helped Son win the Premier League Golden Boot award.

Nevertheless, Conte said: “I understood Sonny is a really sensible player. “He’s really sensible and a top man, a really good guy. If I am to make an example, if I have to find a husband for my daughter I’d like it to be a person like him.

“In this moment maybe he’s suffering a lot that he’s not scoring. But he has to continue in this way and trust himself because in every game he has the opportunity, the chance to score and then he has to be calm.”

The Italian added: “We trust him and the team-mates. You know very well the importance of this player with Harry Kane and for sure he’s a bit disappointed that he’s not scoring but no problem.

“For me, Sonny will always be a nut in my team, in my ambition of football.”-AFP