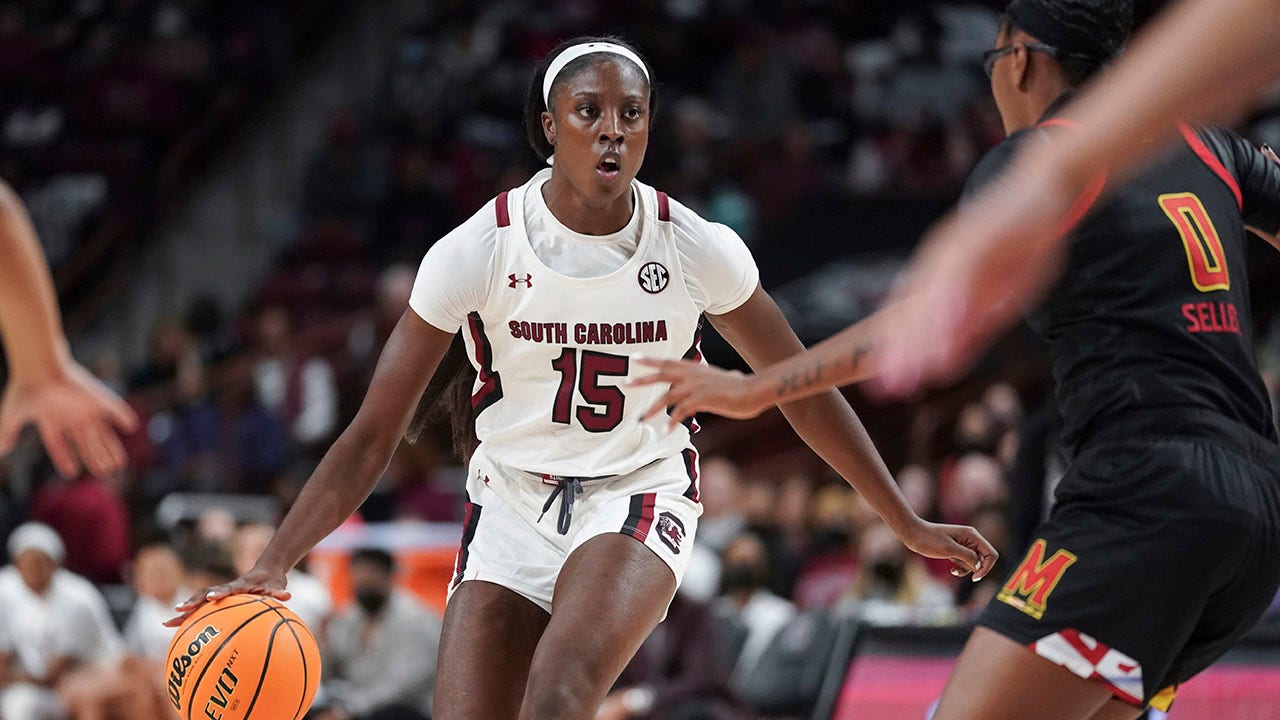 Zia Cooke scored 20 points, including the go-ahead layup with 5:13 to play, as No. 1 South Carolina outlasted No. 8 Maryland 66-59 on Sunday for its fourth victory over a top-10 opponent this season.

Aliyah Boston added 16 points, 16 rebounds and seven blocked shots for the Gamecocks, who improved to 10-0 for the first time in six seasons.

Not that it came easily against Maryland (9-3). The Terrapins overcame a 53-47 deficit in the fourth quarter with eight straight points closed by Faith Masonius’ basket.

That’s when Cooke turned things around, tying the game with a pair of foul shots. On the next possession, Cooke stole the ball from Ashley Owusu and streaked out for the layup.

The Terrapins closed within 61-59 on Angel Reese’s three-point play with 2:04 remaining, but South Carolina held them scoreless the rest of the way.

Angel Reese had 20 points to lead the Terrapins, who sere seeking their first win over a No. 1 team since topping North Carolina in 2006.

Cooke and Boston, juniors who were part of South Carolina’s No. 1-ranked recruiting class three seasons ago, both went over the 1,000-point mark in their careers.

Brea Beal had 10 rebounds and Laeticia Amihere had eight as South Carolina outrebounded the Terrapins 61-34. The Gamecocks also posted 15 blocks to Maryland’s four.

Maryland entered ninth in the country in points scored while the Gamecocks are 12th nationally in scoring defense. It was defense front-and-center early on as both teams struggled to find some offensive rhythm.

The teams were a combined 10-of-34 shooting the first 10 minutes. The Terrapins packed the middle to limit Boston’s movement near the basket, while South Carolina’s height advantage had it blocking seven shots in the opening period.

Cooke added a pair of foul shots and a jumper in the final minute as South Carolina led 34-30 at the half.

Maryland: The Terrapins could not get past South Carolina’s height and length. Owusu, their point guard who was leading the team at 17.9 points a game, managed 11 on 3-of-17 shooting. Maryland probably won’t face many challenges like South Carolina until the NCAA Tournament.

South Carolina: The Gamecocks prevailed in a tight game, something that’s been unusual this season. They beat top-10 opponents North Carolina State, Oregon and UConn by an average of 14 points.

South Carolina plays at No. 19 Duke on Wednesday night.