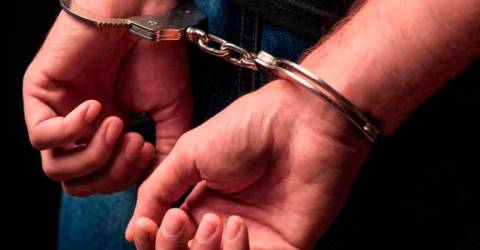 JASIN: Police have succeeded in solving the theft of 21 rolls of copper cables worth RM42,000 within 24 hours after arresting a security guard at a construction site belonging to a glass factory together with his two accomplices in separate raids on April 8.

Jasin District Police chief DSP Mispani Hamdan said the male suspects, aged between 31 and 35, were arrested after the project engineer at the construction site in Lipat Kajang here lodged a police report at about 1.15 pm on April 7 when he discovered the rolls of copper wire kept in a container for the past month missing.

“The first arrest, that of a 35-year-old suspect, was made at about 2 am and it led to the detention of two more suspects, namely a 34-year-old former security guard, who had just quit his job at the same factory two days before the theft was discovered, and a 31-year-old unemployed man at 10 pm and 11 pm respectively.

“Upon interrogation, all the suspects admitted to stealing four rolls of the copper cables and selling them to a second-hand dealer, aged 41, in Batu Berendam for RM6,000,” he told a press conference here today.

Elaborating, Mispani said the suspects had just received RM3,000 as advance payment and that police also seized the four rolls of cables sold to the trader.

He said investigations were ongoing for the remaining 17 rolls of copper cables that were stolen and sold by the suspects, adding that police had also issued a compound notice to the trader involved for not possessing a valid business licence.

“We are also carrying out further investigations to see if the suspects were involved in the theft of RM120,000 worth of tin ingots that occurred at the same construction site in January.

“All the suspects, who have been remanded for five days from the day of arrest, also have criminal records and the case is being investigated under Section 457 of the Penal Code,” he said. — Bernama