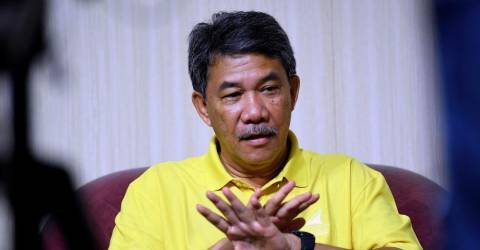 PETALING JAYA: Police will call in Umno deputy president Datuk Seri Mohamad Hasan (pix) to record a statement on remarks he made about kavadis in a recent interview, FMT reports.

Sentul district police chief ACP Beh Eng Lai confirmed this to the portal that the investigators had opened an IP after a police report was lodged against Mohamad, who is also known as Tok Mat.

Yesterday, a Bersatu leader had urged Mohamad to apologise to the Hindu community after he reportedly referred to the kavadi as a “burden” when describing Umno’s defeat at the 14th general election (GE14) in an interview with Asia Times.