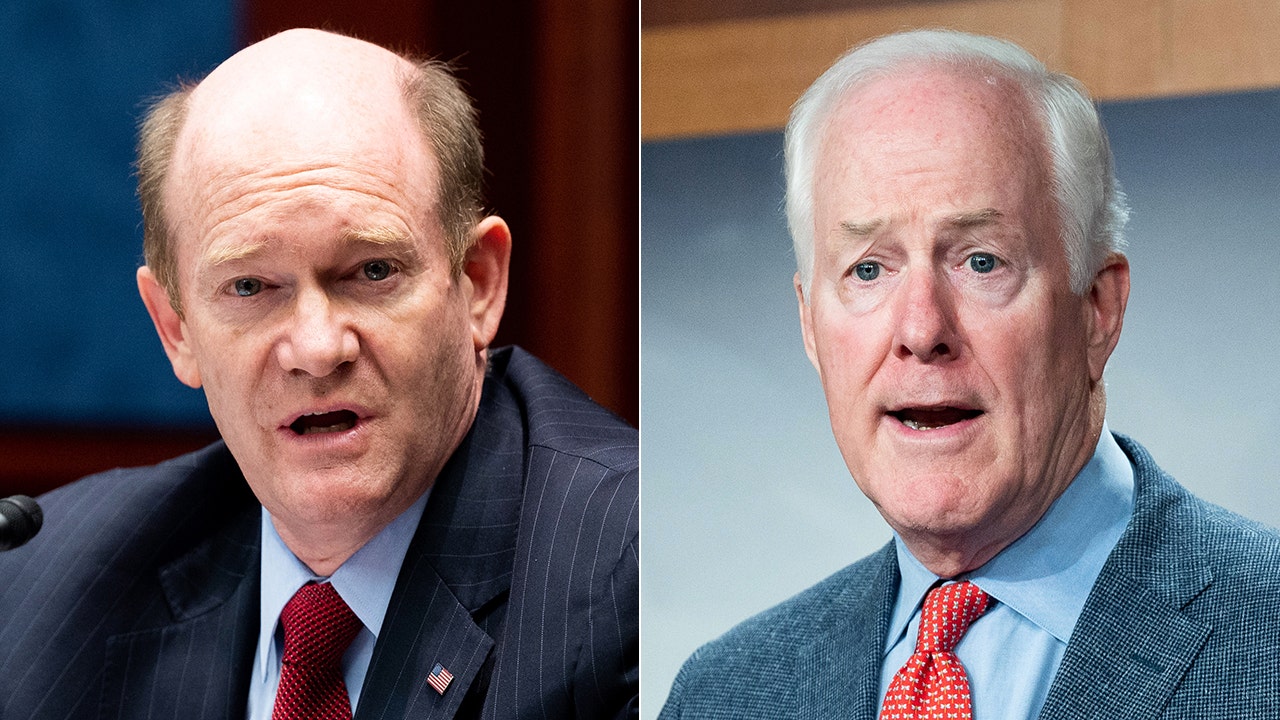 The two senators reached across the aisle to introduce the Courthouse Ethics and Transparency Act to “require online publication of financial disclosure reports for federal judges and to mandate that federal judges submit periodic transaction reports for certain securities transactions,” according to a press release exclusively obtained by Fox News.

“One of the things I’ve tried to do in my decade in the Senate is to advance bipartisan solutions — whether it’s to challenges like the pandemic and climate change or ethics and transparency,” Coons told Fox News in a Wednesday statement.

“I’m proud to introduce this bipartisan bill with Sen. Cornyn and a wide range of my colleagues — Republicans and Democrats — that strengthens financial disclosure for federal judges to ensure the American people can have confidence that they will receive a fair and unbiased trial,” the Delaware senator added.

“Currently, federal judges are not subject to the same disclosure and stock-trading rules as other federal officials, which can undermine litigants’ trust that their case will be decided fairly,” Cornyn told Fox in a Tuesday email.

“This bill and the transparency it provides would help ensure federal judges recuse themselves from cases when they have potential conflicts of interest,” he added.

The release also notes that bill “preserves the existing ability of judges to request redactions of personal information on financial disclosure reports due to a security concern” and also subjects “federal judges to the STOCK Act’s requirement of filing periodic transaction reports within 45 days of securities transactions over $1,000.”

In addition to federal judges, the bill would also require Supreme Court justices to disclose their stock trades as well as require their financial disclosures to be published online by the U.S. Courts administrative office, per a congressional aide familiar with the legislation.

The bill is already seeing broad bipartisan support in both chambers of Congress, with an all-star lineup of lawmakers signing onto both versions of the bill.

On the Senate side of the bill, Republican powerhouses Sen. Ted Cruz of Texas and Senate Judiciary Committee ranking member Chuck Grassley of Iowa have joined in on supporting the bill with Democrat power-players Senate Judiciary chairman Dick Durbin of Illinois and Sen. Sheldon Whitehouse of Rhode Island.

Introducing the bill in the House are a roster of reputable members, including Reps. Darryl Issa, R-Calif., and Deborah Ross, D-N.C., and House Judiciary Chairman Jerry Nadler, D-N.Y.

Houston Keene is a reporter for Fox News Digital. You can find him on Twitter at @HoustonKeene.