It was a heartbreaking plea that moved members of the public to dig deep.

And who would not want to help an impoverished young couple struggling to give their seven children a proper Christmas? But after Ryan Rodgers, 26, and Jenny Grimes, 25, received thousands of pounds for their online appeal, The Mail on Sunday has found those who know them are far from sympathetic.

The unemployed couple from Liverpool are said to be neighbours from hell, and their own relatives have been left bemused by their claims of dire financial need.

The emotive Go Fund Me web page created by Ms Grimes a week ago spoke of a ‘family in need of help’.

Ryan Rodgers, 26, and Jenny Grimes, 25, with their seven children. The couple have been described as the neighbours from hell

Blaming their situation on changes to the welfare system, she said ‘we have been benefit capped to the bare minimum’ and, pleading for money, spoke of ‘a struggle with Christmas being only a few weeks away’.

She added: ‘We feel really ashamed to have to do this as we’ve never had to do anything like this before.’ The goal for their Christmas fund was just £1,000, but last night donations stood at £3,410, with several donors each handing more than £100.

The couple lived in a rented four-bedroom house on a road in the Kirkby area for two years until last year. Former neighbours claim Mr Rodgers spent his days and nights ‘off his head’ on cannabis – he strongly denies ever using any drugs – and making cash by selling on second-hand furniture and television sets he picked up online. 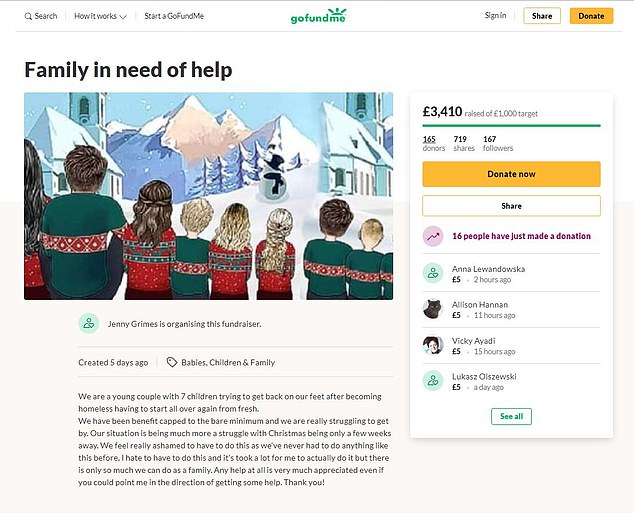 Pleading: The couple’s Go Fund Me web page. Donations from the public have topped £3,400

Retired school attendance officer Joan Bennett lived next door but one from the pair with her husband, Frank. She said: ‘I can’t think of anyone more unsuitable to be asking for money.

‘They were flushing nappies down the toilet. In the end they blocked the drains. It was horrendous. When the engineers came out to clear them, they said to me and my husband they’d never seen anything like it before. They’d pile up bags in the garden. In the end there were 25 piled up full of nappies and rubbish. In the summer the smell, my God, it was just horrendous. 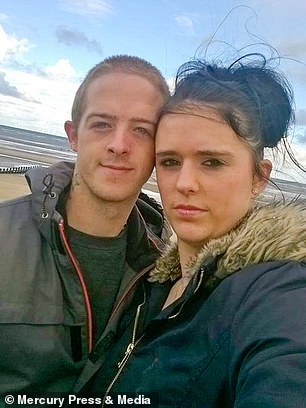 The unemployed couple from Liverpool are said to be neighbours from hell, and their own relatives have been left bemused by their claims of dire financial need

‘If anyone does give them money I know where it will be going – cannabis. The smell of pot used to be out there first thing in the morning. In the summer I’d be hanging out my washing and screaming, ‘Will you stop smoking that stuff and get a bloody job?’ ‘

Ms Bennett said the couple had a lucrative sideline selling second-hand goods. She added: ‘There were always vans pulling up. They’d drop off chairs, couches, widescreen TVs. They’d never walk anywhere or get the bus. Cabs were forever pulling up – taking them and the kids everywhere.’

Mr Bennett, 68, said: ‘They were terrible neighbours. I went up to him once and said, ‘You should be ashamed of yourself.’

‘He just puffed out his chest and said, ‘I’ve got five kids.’ It was as if he saw that as something to brag about. The fella has never worked a day in his life. I used to see him smoking pot in the back garden and I’d shout down to him ‘Oi, get inside with that gear’, but he’d just shrug and carry on.’

Another neighbour described the couple as ‘a pair of tramps’, saying: ‘The worst thing was the smell. For more than two years it was like living next to a sewage plant. He was smoking pot all day long – starting at seven in the morning sometimes and carrying on until late at night.

‘He was an absolute disgrace. Anyone who has given them money for presents needs to know it is more likely to go on buying gear. They’ve had handouts all their life – it’s time they started paying their way like anyone else.’

The current occupier of the house where the coupled lived said it had been left in a horrendous state when the couple moved in last year. Asking to remain anonymous, he said: ‘The place was filthy and covered from top to bottom in animal mess. After we were given the place by the council, I walked in and then walked out again. I said I can’t live there until it is fumigated from top to bottom. They were given a lovely home but just trashed it.’

Mr Rodgers and his partner have said they rely on food banks and charity handouts to feed their children, and blame their plight on the introduction of Universal Credit and a benefits cap.

The couple used to receive £2,100 a month in state financial support but they say that once the benefits cap was applied to their payment, they were left with £669.50 a month after paying rent. 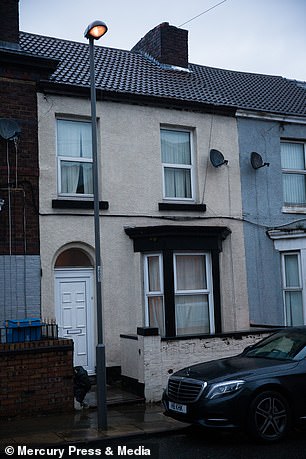 But they say in practice they have to survive on £480 a month because money is deducted for an advance payment they received when they first moved to Universal Credit.

The family of nine – including a seven-year-old, six-year-old twins, a four-year-old, a two-year-old and twins aged seven months – live in a three-bedroom home, which costs £675 a month in rent.

Mr Rodgers’s father, Leslie, a police sergeant, told The Mail on Sunday he had not seen his son for several months and was ‘not aware’ of his claimed financial difficulties.

He said: ‘I’ll certainly be calling him. He knows he can get in touch if he needs anything.’

Ms Grimes’s mother, Shelly Grattan, is reported to have said: ‘Anyone who has donated to the Go Fund Me page should ask for their money back. Ryan is conning the public with a sob story that is not true.’

Last night Mr Rodgers admitted he used to sell second-hand furniture and TV sets from his former home. He said: ‘It wasn’t a big earner but it made enough to put food on the table.’

He denied ever having used cannabis or any other drugs. When told that multiple sources who knew him in Kirkby described him using cannabis, he said angrily: ‘They’re lying. Why’s everyone saying stuff about me?’

He claimed he has handed over £1,500 of funds so far raised to charity, but repeatedly declined to specify which charity or charities he had donated to.

‘I’ve only kept £850 for the family,’ he claimed, but did not provide evidence of his generosity.