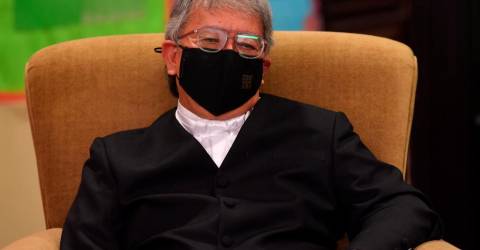 KUCHING: The courts in the state now have comprehensive sentencing guidelines for wildlife crimes with the launch of the Sentencing Guidelines for Wildlife Crimes in Sarawak today.

Speaking after the launch, Abang Iskandar said with the guidelines, judges now have a document which highlights certain factors that can be considered before passing the sentences for wildlife crimes.

“(With the guidelines), we want to improve ourselves in the courts, so that we can understand (the issues) better and take into account the correct factors to be taken into consideration (before giving the sentences),” he said.

Abang Iskandar said the cases might differ from each other but hopefully with the guidelines, the sentences for similar offences would not be ‘too different’.

The Sentencing Guidelines for Wildlife Crimes in Sarawak is an initiative by the Sarawak High Court through the Sarawak Working Group on Environment (SWGE) which started in 2020 with technical support from WWF-Malaysia.

A series of consultations to review the guidelines was organised in 2022 involving the judiciary, wildlife law enforcement agencies and environmental non-governmental organisations.

The guidelines will assist judges pass fair and consistent sentences which commensurate with the nature of the wildlife crimes. — Bernama