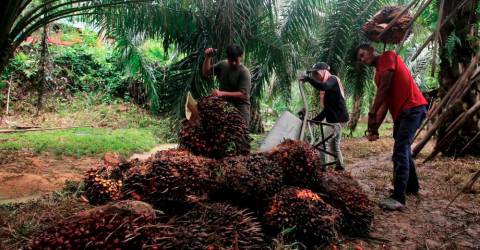 This is due to the resumption of Indonesia’s palm oil export levy beginning September 1, and the expected decline in palm oil production in Q4, she said.

“The higher CPO price during that period was influenced by higher prices of soybean oil (SBO); palm oil stocks remained at manageable levels; firmer Brent crude oil price; and concerns over disruptions of vegetable oil supply from the Black Sea region following Russia’s invasion of Ukraine,“ she said in a statement today.

Zuraida also noted that the recent move by Jakarta to scrap its export levy for all palm oil products until August 31 in a fresh attempt to boost exports and ease high inventories would imply that CPO prices are likely to remain weak for most of the third quarter (Q3) 2022.

“This is inevitable in light of stiffer competition from Indonesia – the world’s largest palm oil producer – in its quest to flush out as much excess palm oil as possible from its existing stockpile.

Zuraida noted that the Ministry of Plantation Industries and Commodities (MPIC) has been actively monitoring developments in the industry and will continue to ensure that palm oil continues to remain a major contributor to national economic growth, benefitting all, especially smallholders and industry players.

“We have remained relentless in our efforts to rebut and correct any misconceptions raised by those out to discredit the goodness of palm oil via their anti-palm oil campaigns.

“I have personally headed numerous trade missions to several countries to meet industry players there and create a greater awareness on the numerous benefits and uses of palm oil, apart from being used as cooking oil,“ she said.

It is one of the efforts to promote the country’s agricommodity sector and promote Malaysia as an international hub for agricommodity activities. — Bernama