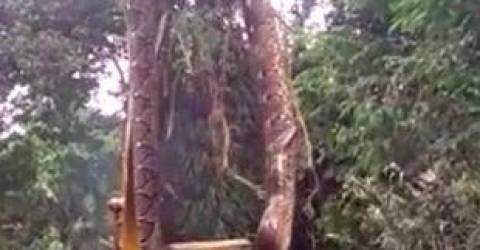 WORKERS, who were clearing part of the Dominica rainforest, found what is believed to be one of the world’s biggest snakes.

They used a crane to lift the three-metre (10ft) live snake before being moved to an unnamed location by car. Videos of it being moved have garnered millions of views on social media recently.

According to the Natural History Museum, the longest snake ever recorded was a python found in 1912 that measured 10m (32ft).