Just not cricket! Match turns into violent brawl as thug batters player with iron bar and punches are hurled on pitch in front of screaming spectators

Video footage has captured the moment violence erupted at a cricket match as a mass brawl broke out on the field.

Shocked spectators could do nothing but look on as the drama unfolded at the end of Saturday’s division six match between Hanford and Newcastle & Hartshill at the latter’s cricket club. Hanford had just won the game by two wickets.

In disturbing scenes, punches are thrown as a young girl runs across the pitch while a player appears to be dragged across the field and repeatedly struck with a weapon.

According to posts on social media, the controversy started because there were no natural umpires at the match

The players are captured rushing at each other before chaos ensues.

According to posts on social media, the controversy started because there were no natural umpires at the match.

It is claimed that when Hanford won the match as Hanford players stood in as umpires, two batsmen were not declared out in controversial decisions which decided the game.

Staffordshire Police are investigating the incident after footage of the brawl was posted online.

‘Further than that, there’s nothing to say until the police have spoken to us. The investigation is ongoing with the league, who I’ve been liaising with since the incident.’ 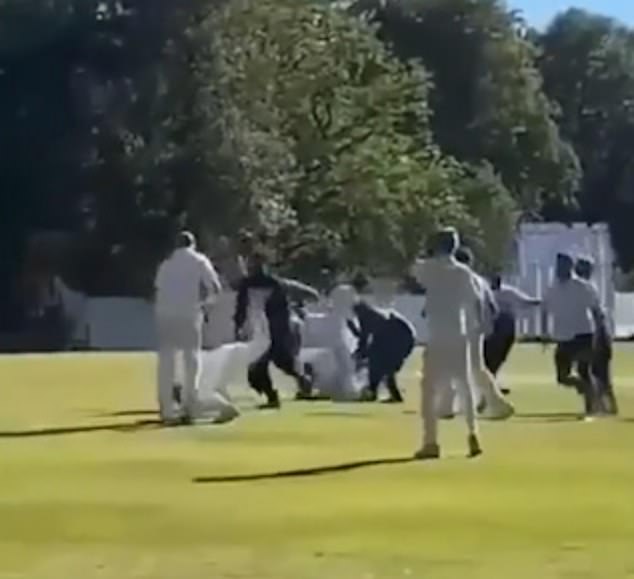 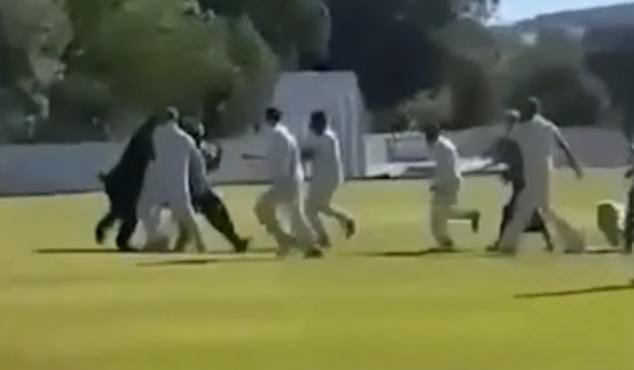 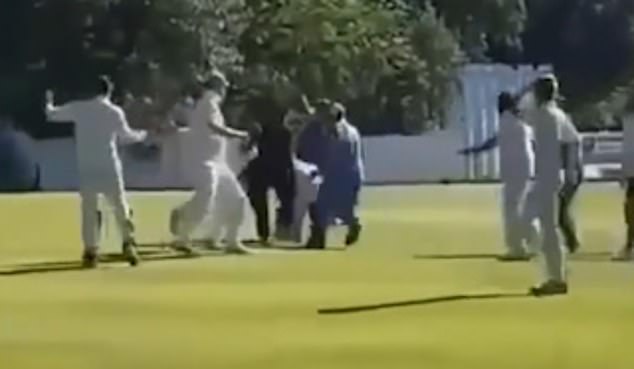 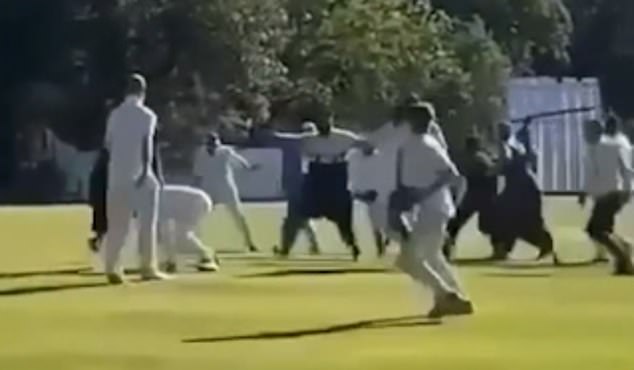 According to posts on social media, the controversy started because there were no natural umpires at the match 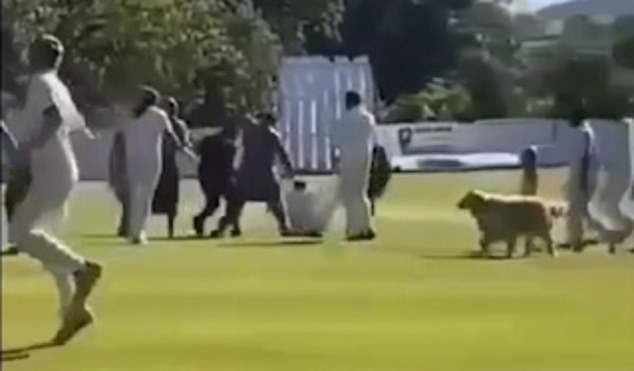 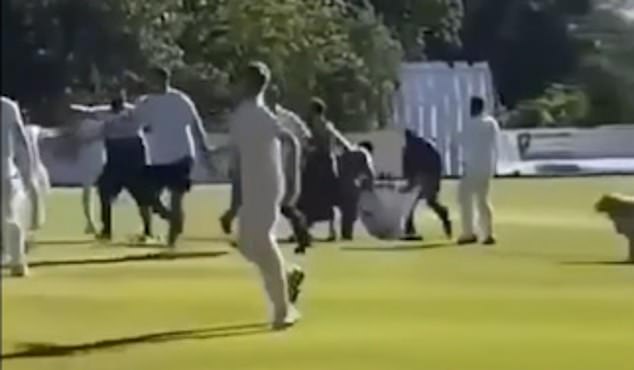 League chairman Gavin Carr added: ‘The league are aware of the situation and we are saddened that we have to deal with something like this.

‘This behaviour has no place in society, let alone on a cricket field.

‘The matter will be referred to the league’s disciplinary officer and we will be dealing with it through the right channels.’

Staffordshire Police confirmed that they were called to the Church Lane ground at 6.18pm on Saturday July 9 following the end of the Hanford innings.

It is not known how many of the people captured in the footage played in the game.

‘Police were called to reports that a man had been assaulted with a metal bar at Hanford Cricket Club,’ a spokesman said.

‘The man attended hospital and was treated for bruising and swelling. Enquiries are ongoing.’

Police are appealing for witnesses, who should call 101 quoting incident number 649 of 9 July or call Crimestoppers anonymously on 0800 555111.