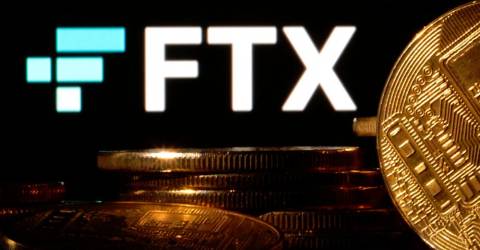 ANKARA: FTX, the world’s third-largest cryptocurrency exchange by volume, is facing US investigations amid financial turmoil that is causing a sudden meltdown in the cryptocurrency market, reported Anadolu Agency.

The US Justice Department and Securities and Exchange Commission (SEC) are investigating FTX, according to news reports Wednesday.

The SEC is handling the firm’s domestic subsidiary, FTX.US, and hundreds of cryptocurrencies and tokens listed on the exchange. The regulator is also looking into if some of the assets are regarded as securities that should have been registered with the SEC under American trade laws.

The market watchdog may enforce penalties if it concludes that the platform’s investors were not protected.

The Justice Department is investigating criminal violations, such as fraud, which could result in prosecutions, according to the reports.

FTX asked Binance, the world’s biggest cryptocurrency exchange by volume, for help Tuesday with a buyout. While Binance co-founder and CEO Changpeng Zhao said FTX has “a significant liquidity crunch,“ the company announced Wednesday that the deal will not go through.

The price of Bitcoin dived below US$16,000 late Wednesday, giving up all gains in the past two years, while the crypto market lost more than 20 per cent in value in the last two days.

FTX’s founder and CEO Sam Bankman-Fried apologised to investors in a series of tweets Thursday.

“I’m sorry. That’s the biggest thing. I (expletive) up, and should have done better,“ he wrote. “Because at the end of the day, I was CEO, which means that *I* was responsible for making sure that things went well. *I*, ultimately, should have been on top of everything. I clearly failed in that.”

Bankman-Fried said FTX’s priority in the future will be “radical transparency” so that all involved actors would have full information about the firm’s operations.

He noted that the company’s financial turmoil was about FTX International, while the US-based exchange, FTX.US, has not been financially affected.

SEC Chair Gary Gensler emphasised that investors should be protected more in the industry.

FTX’s American subsidiary, FTX.US, made an announcement later Thursday that there is a possibility of trading to be suspended on its platform.

“Trading may be halted on FTX US in a few days. Please close down any positions you want to close down. Withdrawals are and will remain open. We will give updates as we have them,“ the announcement read on its website.

FTX’s operations in the US constitute only a small part of the company’s total portfolio, according to reports. – Bernama