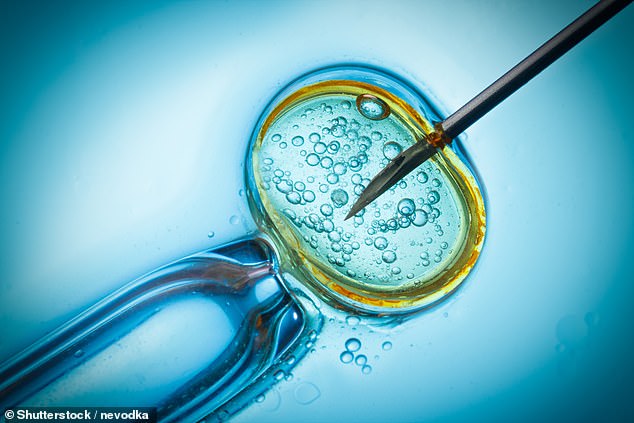 By Emma Dunkley For The Mail On Sunday


Employers are cynically offering IVF treatment as a perk so young women will delay having children and focus on their careers, a fertility expert has claimed.

A growing number of companies, including British Gas owner Centrica, NatWest and the law firm Freshfields, are promoting egg-freezing as a workplace benefit.

They argue that it gives women the option to postpone being a parent as they work their way up the corporate ladder, but Professor Adam Balen, a former chairman of the British Fertility Society, said this reliance on the success of fertility treatments was misplaced.

Employers are cynically offering IVF treatment as a perk so young women will delay having children and focus on their careers, a fertility expert has claimed (stock photo used)

‘Some organisations are offering egg-freezing. In other words, freeze your eggs now for us, and when we’ve had your best years, then you can use your eggs,’ he said.

‘There’s an argument that having young eggs in the freezer is better than no eggs at all, but that could give the false impression that… IVF always works.

‘As much as we’ve made huge advances in IVF, particularly in the UK, unfortunately it doesn’t work for everybody.’

Professor Balen, who is lead clinician at the private Leeds Fertility clinic, said it was ‘a cynical approach to actually encourage women to work rather than supporting them to have a family’.

While some celebrities, including actresses Halle Berry and Laura Linney, have become mothers after the age of 45, Prof Balen said media coverage ‘may give an unrealistic impression to people that current technology works at any age, and unfortunately it doesn’t’.

He added: ‘We can’t reverse the natural decline in the fertility of a woman’s eggs, unfortunately.’

His comments come as companies eager to attract top talent and encourage gender equality are offering cut-price fertility treatment as a workplace benefit. 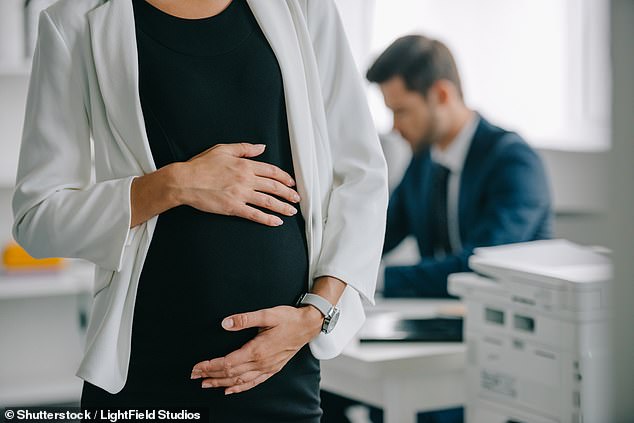 Professor Adam Balen, a former chairman of the British Fertility Society, said this reliance on the success of fertility treatments was misplaced (stock photo used)

IVF involves retrieving eggs and fertilising them with sperm in a lab to create an embryo, before insertion into the mother’s womb.

According to the UK fertility regulator, the Human Fertilisation and Embryology Authority, birth rates for patients under 35 using their own eggs were 32 per cent per embryo transferred, but less than five per cent for women over 43.

‘We [Leeds Fertility] don’t do IVF over the age of 45 because it simply doesn’t work using your own eggs,’ Prof Balen said. ‘It’s just wrong to put somebody through all that’s involved with IVF, plus the associated costs, for zero chance.’

He suggested that firms should instead offer parental leave and childcare facilities.

‘It would be more responsible for big companies and organisations to support their workforce, both men and women, to enable them to have better creche facilities and maternity and paternity leave,’ he said.

‘You’ll get more out of your workforce if they’re happy and have been able to have their family at a time that’s best for them.’

…BUT IT DOES GIVE WORKERS AN ALTERNATIVE TO NHS IVF LOTTERY

Professor Adam Balen is correct that when firms offer IVF and egg-freezing as benefits, it could be perceived as encouraging women to delay having a family.

It might indeed tempt some women to concentrate on their careers during their most fertile years and then cash in this apparent insurance policy once they’ve ‘made it’.

Despite that, however, I fully support any company which offers IVF and egg-freezing as an employee perk.

Sadly, too many women remain childless because NHS funding of fertility treatment is a postcode lottery: hit and miss at best, woefully inadequate at worst.

Privately funding IVF can run into tens of thousands of pounds, which is unaffordable to many, so if women can instead access treatment via an employer that gives them more choice, which has to be a good thing.

Armed with the full facts – how their fertility changes as they age and how far treatment can help as they do so – women are perfectly capable of making up their own minds.

But we need to do much more to make society, including workplaces, more family friendly, starting with better education on fertility and a shift in working culture that helps rather than hinders women to have children.