It’s a newspaper front page that millions of Labour voters across Britain would have been hoping to see this morning.

But this is today’s Daily Mirror front page that never was – proclaiming a ‘Christmas Miracle’ victory for Jeremy Corbyn in the General Election.

The mock-up was revealed by the Mirror’s associate editor Kevin Maguire on Twitter this morning, who said it was a ‘bit of unseen newspaper history’.

Appearing on ITV’s Good Morning Britain today, he said: ‘What you do is, because of deadlines, the exit poll comes out at 10pm, first edition, you don’t have long.

‘So you prepare three fronts – one is Labour, one is (Boris) Johnson, and one was a nation divided, which was the third one we did.’

But GMB host Piers Morgan, who is also DailyMail.com US editor-at-large, said: ‘We also have the Mirror front page that they were going to run had Corbyn won. 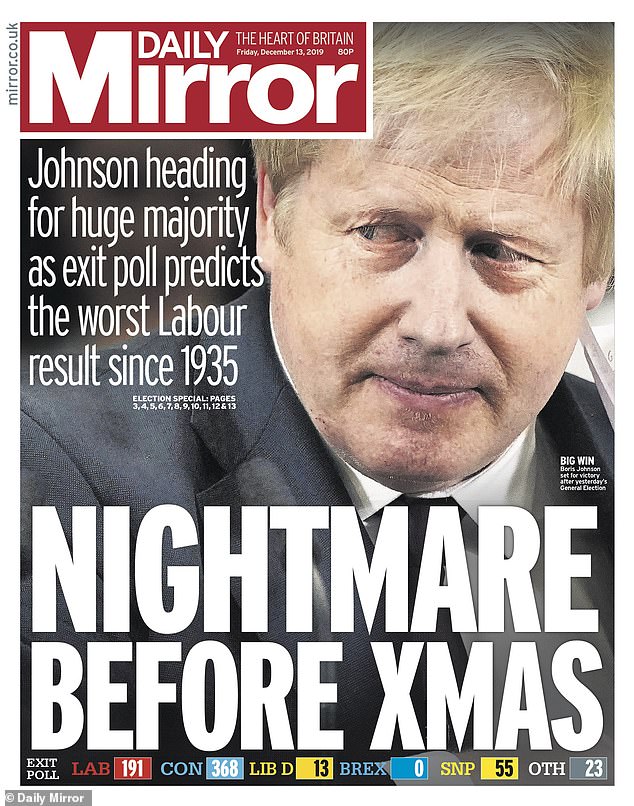 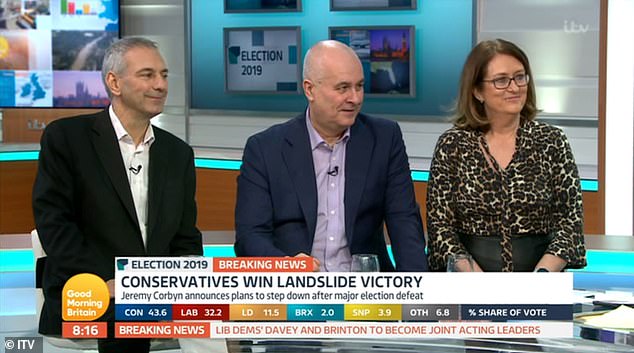 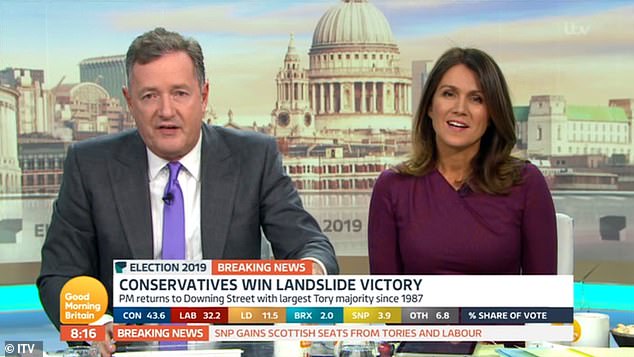 Mr Maguire had tweeted a picture of the page to his 200,000 followers shortly after 8am, saying: ‘Here’s a bit of unseen newspaper history.

‘The unused Daily Mirror front page we prepared just in case the 10pm exit poll showed an unlikely Labour victory. In the bin.’

Twitter users quickly poked fun at the front page, with one saying: ‘To be honest your graphics team could have saved some time and gone down the pub.’

Another said it was ‘interesting’ to see behind the scenes, while a third added: ‘As the late great Jim Bowen might have said on Bullseye: This is what you would have won!’ 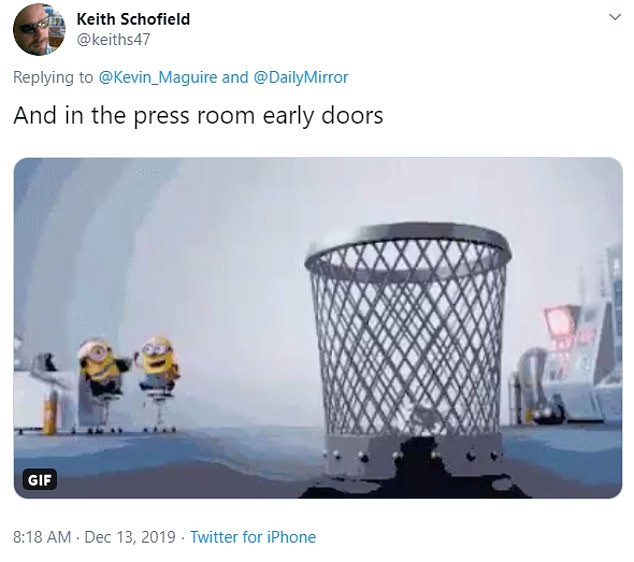 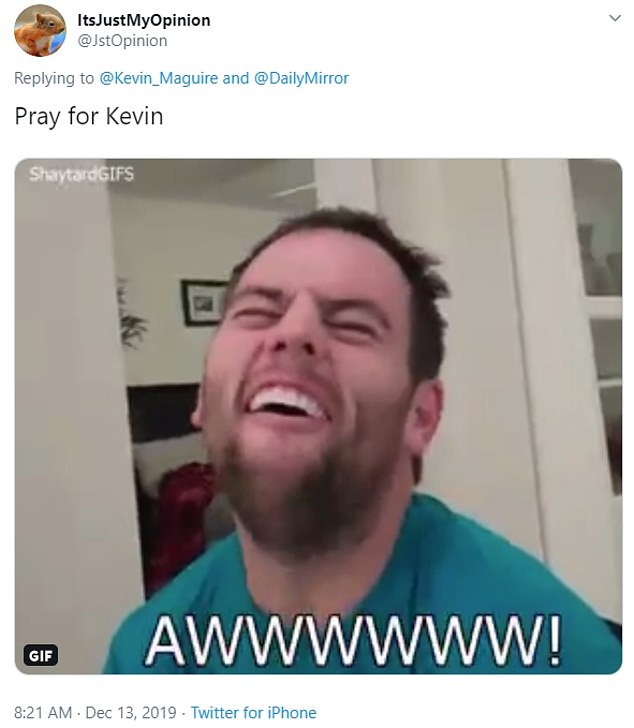 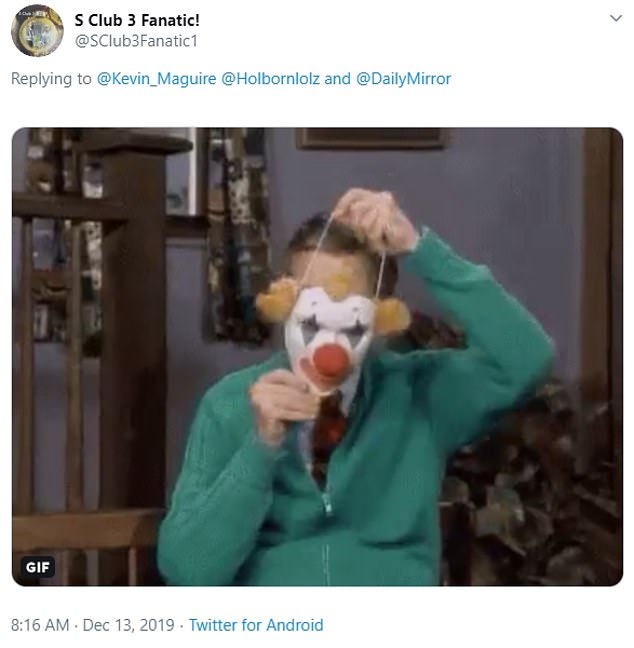 It comes as Boris Johnson declared his party had ‘smashed the roadblock’ and ‘ended the gridlock’ as he hailed the biggest Conservative majority since the 1980s.

The Prime Minister vowed to unite the UK and ‘get Brexit done’ after his snap General Election gamble paid off and he romped home with an estimated majority of 78.

The Tory landslide prompted Jeremy Corbyn to announce that he will not lead Labour into another election after his party suffered humiliation across Britain.