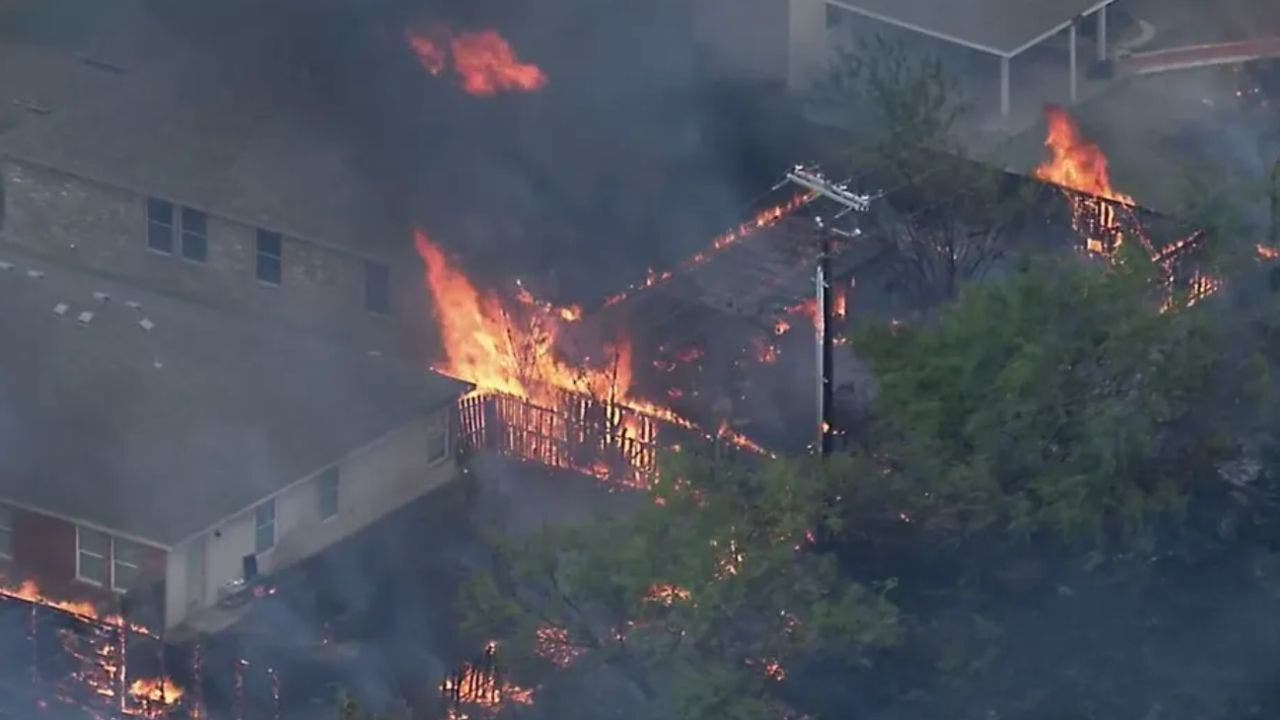 A grass fire destroyed several homes in the Dallas suburb of Balch Springs on Monday amid triple-digit temperatures and dry conditions.

A scorched field could be seen next to a freeway in southeast Dallas as fires raged at several homes along the outer edge of a subdivision.

Balch Springs Fire Marshal Sean Davis Fox 4 Dallas that the blade of a worker’s mower generated a spark that ignited the flames in a nearby field around 4:00 p.m. on Monday.

At least 26 homes were affected by the fires, nine of which were completely destroyed, according to Davis.

“It’s probably going to be one for the records for us as far as one of the largest disasters Balch Springs has seen,” Davis told Fox 4 Dallas.

The surrounding homes were evacuated and a shelter was opened at Balch Springs Recreation Center for those seeking refuge.

Temperatures peaked at 103 degrees on Monday afternoon in Dallas.