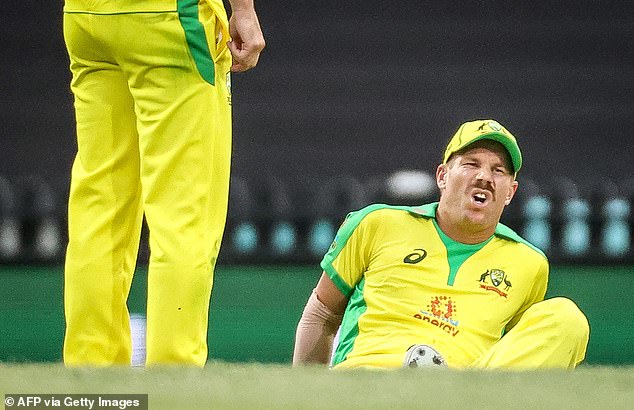 By Jackson Barron For Daily Mail Australia and Aap

Australian cricketer David Warner has been taken to hospital after suffering a groin injury in Australia’s second one day international against India at the SCG.

The 34-year-old was left writhing in pain and grabbing his groin on the ground after a fielding mishap in the fourth over in India’s innings.

The veteran batsman rolled awkwardly after diving to his left to stop the ball, leaving him screaming in anguish on the field. 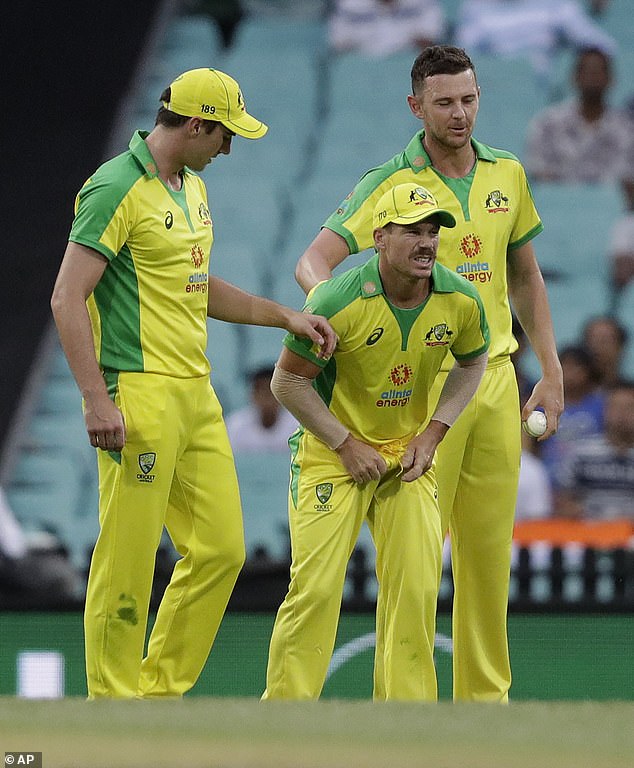 He was helped to his feet by Australian quick Pat Cummins and hobbled off the ground with assistance from Glenn Maxwell and team physio David Beakley.

‘He’s in really good hands with David Beakley there, he’s up there with the best physios in the world. 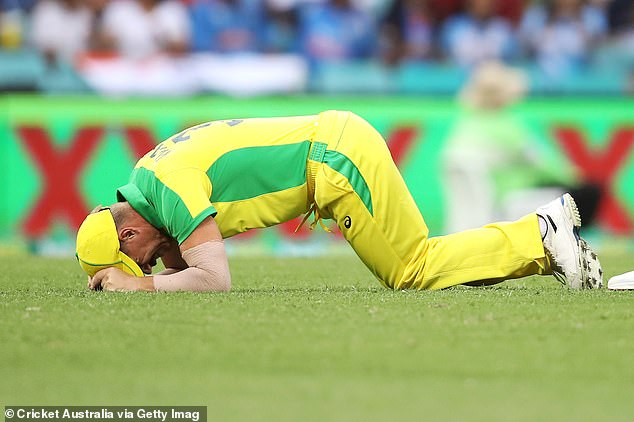 The 34-year-old rolled awkwardly while saving the ball early in India’s innings, leaving him writhing in pain on the ground 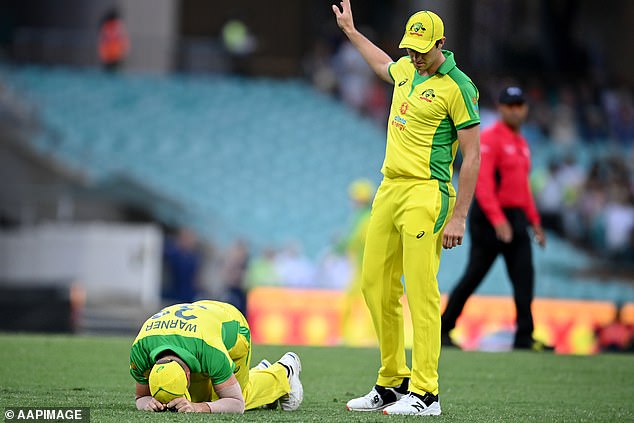 Warner was later pictured getting into a car outside the ground to be taken to hospital for scans on the injury.

Any strain could put Warner in doubt for the upcoming four-test series between Australian and India, due to begin on December 17 at the Adelaide Oval.

Steve Smith has backed up his sparkling century with another superb hundred, guiding Australia to a record-breaking total of 4-389.

Smith picked gaps with ease, shuffled around the pitch with typical abandon for the textbook and produced another spellbinding SCG highlight reel to celebrate consecutive one-day tons for the first time in a decorated career.

Australian captain Aaron Finch opted to bat and enjoyed a 142-run partnership with Warner before Smith marched Australia to their highest ODI score at the venue. 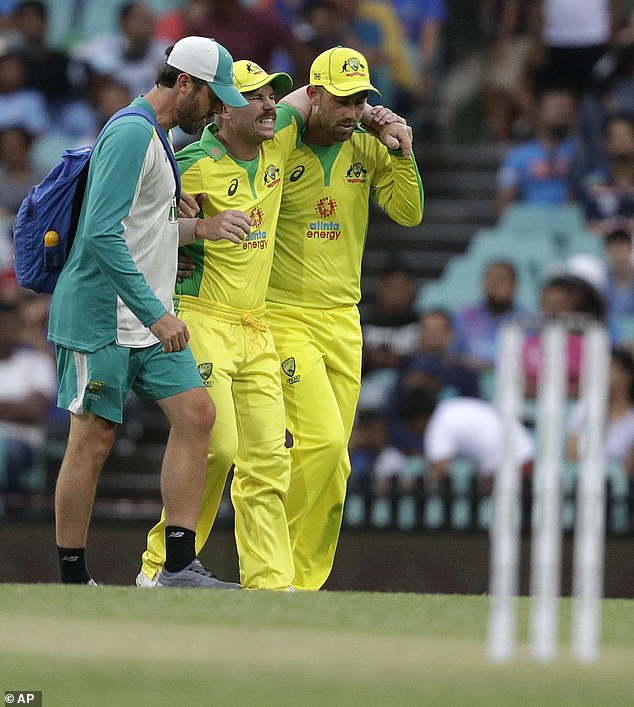