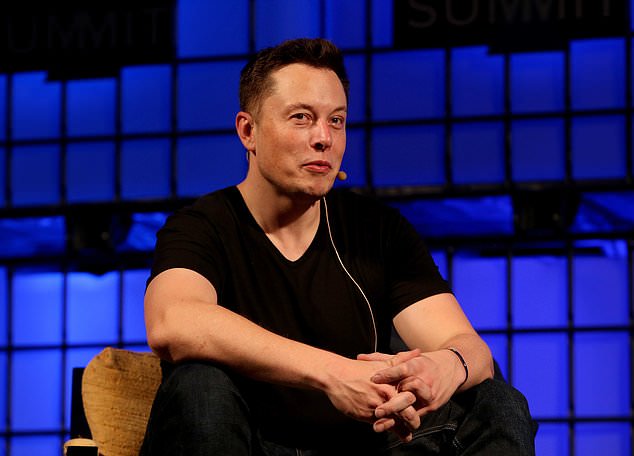 By Daniel Harper For Mailonline

Davos organisers have insisted Elon Musk was never on the guest list for their annual meeting of the global elite – after the Tesla chief claimed he turned down an invitation ‘because it sounded boring as f***’.

Musk took to Twitter on December 22 to outline his ‘reason for declining’ an invite to the forum, which sees business executives, global leaders and cultural leaders descending on the Swiss mountain resort.

Notables from EU chief Ursula von der Leyen to actor Idris Elba are gathering in the Alpine town this week to talk about global issues ranging from war to climate change and technology’s effects on security.

But the World Economic Forum has knocked back Musk’s claim that he turned down an invite, insisting that last time he was asked to attend was in 2015.

Elon Musk has been busy controversially running twitter, as well as this the tech giant is expecting a trial over taking Tesla private in 2018 (Brian Lawless/PA)

Musk said in a tweet on December 22: ‘My reason for declining the Davos invitation was not because I thought they were engaged in diabolical scheming, but because it sounded boring af lol.’

He did not specify when he got the invitation, but the tweet’s timing suggested it was for this year.

But forum spokesman Yann Zopf knocked that down on Tuesday, saying the last time the Tesla chief executive got an invitation was ‘not this year and not recently – last time in 2015″. 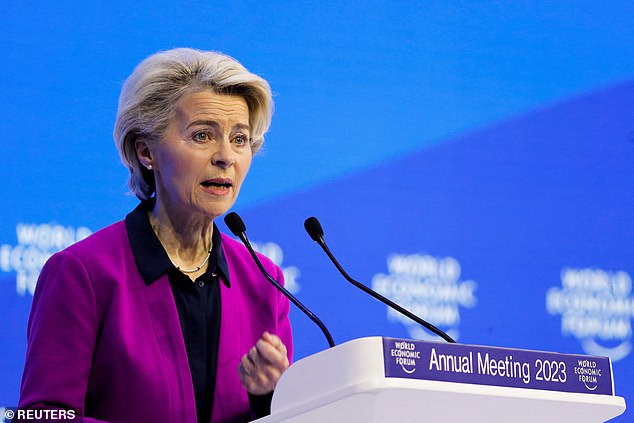 European Union chief Ursula von der Leyen was one of the many famous faces attending the forum, along with German Chancellor Olaf Scholz and the Prime Ministers of Greece, Belgium, Finland, Netherlands and Spain

Mr Musk did not immediately respond to requests from The Associated Press for comment on Tuesday.

Organisers did extend invitations to Mr Musk, as the boss of Tesla, to join a few times in the 2010s – the last being in 2015 – but he never registered or attended the annual meeting, Mr Zopf said.

The gathering has been criticised for a lack of concrete action that emerges after a series of sessions and speeches, while the forum itself has been the target of online conspiracy theories from those who believe the forum involves a group of elites manipulating global events for their own benefit.

Mr. Musk’s tweet back in December told the world of his ambivalence toward the World Economic Forum and why he didn’t attend (Twitter/@elonmusk)

Multibillionaire Mr. Musk, one of the world’s richest people, can certainly afford the right to attend Davos.

Many executives still trek to Davos to ride the coattails of the meeting and hobnob with corporate executives who flock to the town, at times taking potshots of the forum from the sidelines.

Sir Richard Branson, the British tycoon behind Virgin, has reputedly come several times for example, without attending the meeting itself. 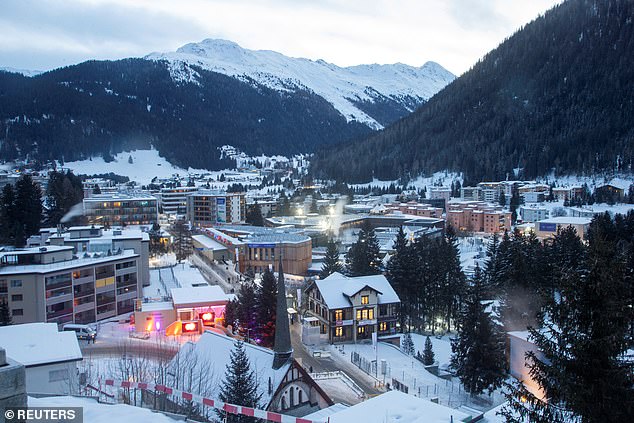 The small town of Davos attracts thousands of people in the world of business and economics including to the small town, some like Richard Branson aren’t actually attending the forum and some aren’t even known for their business, such as actor Idris Elba

Mr. Musk might be a bit busy to be palling around with the powerful in snowy Switzerland anyway.

While still grappling with the fallout from buying Twitter last year for 44 billion dollars (£35.9 billion), Mr. Musk is facing trial over his tweet about taking Tesla private in 2018.

Jury selection begins this week and he will have to explain his actions under oath in court in San Francisco after tweeting that he had lined up the financing to pay for a 72 billion dollar (£58.7 billion) buyout of the electric carmaker, which never happened.

It culminated in a 40 million dollar (£32.6 million) settlement with US securities regulators that also required him to step down as the company’s chairman.

He is also planning to step down as chief executive but remain owner of Twitter, which he succeeded in taking private last summer but has alienated some users and advertisers with chaotic job cuts and changes to content moderation policies.