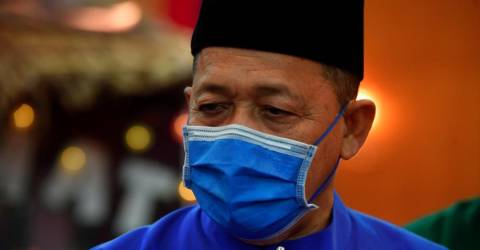 KUALA LUMPUR: Kuala Lumpur City Hall (DBKL) will be reviewing the free licence under the Free Trade Area scheme which is seen as one of the factors causing traffic congestion in the federal capital.

Federal Territories Minister Datuk Seri Dr Shahidan Kassim (pix) said DBKL would among others restructure the position of traders as well as business activities at locations which are blocking traffic especially by the roadside.

“The meeting would be chaired by Deputy Federal Territories Minister to resolve the problems of traffic congestion apart from implementing the campaign to take public transport,” he told reporters after inspecting flash flood hotspots with several Kuala Lumpur members of Parliament here today.

Shahidan said efforts to overcome traffic congestion would be carried out in coordination with other ministries and parties.

Earlier in the visit to four of 24 flood hotspots at Jalan Ampang, Jalan Rahmat, Jalan Kasipilay and Jalan Dutamas 2, Shahidan also explained the interim initiatives to be carried out to overcome flash floods including placing sandbags and using water pumps.

The Free Trade Area scheme which was introduced on Nov 15 2020 was to enable members of the public in the three Federal Territories to set up stalls or open small businesses in suitable areas for free and so far, it has been extended to the end of this month.

In another development, Shahidan again stressed and denied allegations that DBKL appointed a company to replace 200 lamp posts in the Klang Valley at a very high cost.

“DBKL only receives rental for the pole placement, the project is built and financed by a telecommunication company … the appointment of sub-contractors and so on is their business,“ he said. — Bernama