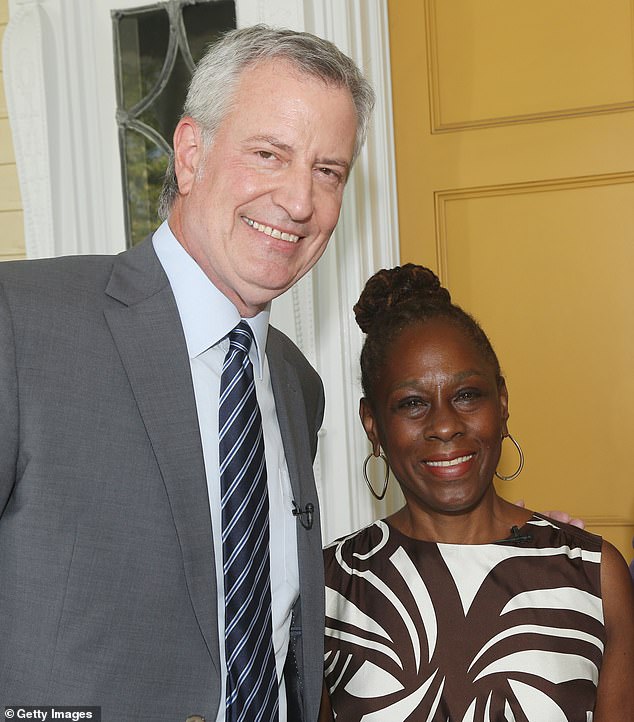 Bill de Blasio is accused of forcing four top NYPD cops to take early retirement because they were white: Lawsuit claims ex-mayor and his wife pushed forward black candidates to replace them

New York City‘s woke former Mayor Bill de Blasio has been accused of forcing out four NYPD officials because they were white.

De Blasio and his wife Chirlane McCray – who he appointed as a diversity officer in his administration – have been accused of orchestrating the departure of four white cops from the force as early as 2017.

According to a complaint against the pair filed in New York City court, they forced Chief of Community Affairs Joanne Jaffe, Chief of Citywide Operations Thomas Purtell, Chief of Personnel Diane Pizzuti and Chief of Transit Joseph Fox to take early retirement.

It was after the retirement of Chief of Department Carlos Gomez in 2017.

De Blasio, it is claimed in the complaint obtained by the New York Daily News, was worried that Gomez’ departure would ‘only exacerbate the demographic tensions’.

He ordered the four white officials to take their retirement in an email to Commissioner James O’Neill, according to the complaint.

Then, de Blasio allegedly ordered O’Neill that when their replacement was announced, she should use her maiden name in the press release about it to re-enforce her Hispanic heritage.

‘It’s really important that the press release say ‘Nilda Irizarry Hofmann’ to get the point across. Unless she has a strong personal objection to that, it is important for the team. And I’m happy to talk to her personally if needed,’ de Blasio wrote in the email.

He and his wife were interviewing the replacement – Nilda Hofmann (nee Irizarry) – months before Jaffe even knew she was being given the boot. 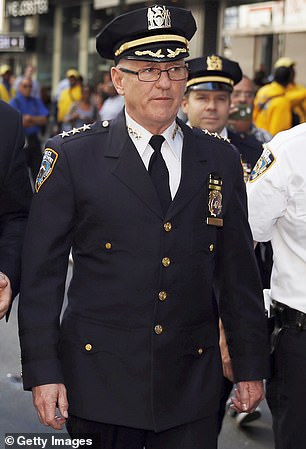 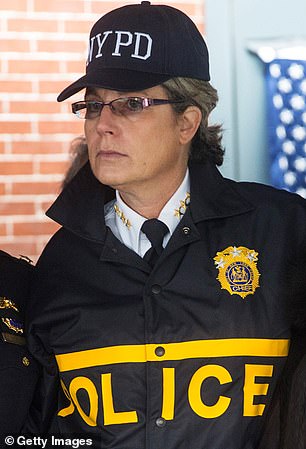 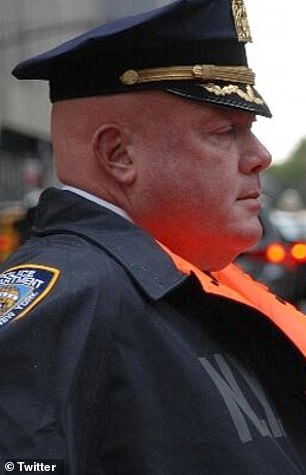 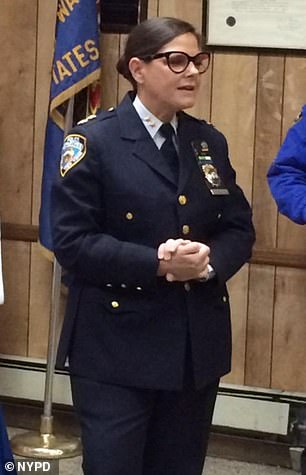 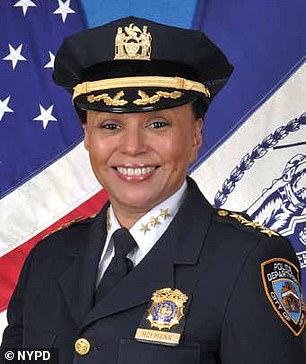 When Nilda Hofmann was given her job, de Blasio wanted to use her Hispanic maiden name in press releases to re-enforce her heritage, the lawsuit claims

The complaint also claims that McCray pushed for Gomez to be replaced by a black cop.

The job was given instead to Terence Monahan as the new Chief of the Department.

‘What they did was unethical. The mayor was increasingly tinkering in personnel decisions later in his eight years. It got so you could not promote deputy inspectors without checking with City Hall.

‘But there was no explanation, no footnote, no press release that said why we needed to do this,’ Fox, one of the plaintiffs said.

The lawsuit accuses de Blasio of carrying out  a ‘cynical public relations move that put de Blasio’s political interests ahead of the law and the well-being of dedicated NYPD civil servants’.

De Blasio and his wife have not yet responded to the most recent allegations.