By Fanny Blake for the Daily Mail

Working with her disfigured sister Rose in the Doll Emporium of laudanum-addicted Mrs Salter, Iris yearns to be an artist. Her chance comes when she meets pre-Raphaelite painter Louis Frost, who asks her to model for him.

She agrees on the condition that he teaches her to paint.

As their relationship intensifies, she fails to notice Silas Reed, a sinister taxidermist who is nursing a dangerous obsession for her. He is watching, waiting and planning to make his move when the moment is just right.

A deliciously Gothic concoction that abounds with energy and imagination, conjuring up 1850s London life in all its Dickensian glory.

Macneal marries art, obsession and possession in a plot that gains momentum and leaves the reader breathless.

THE SEVEN OR EIGHT DEATHS OF STELLA FORTUNA 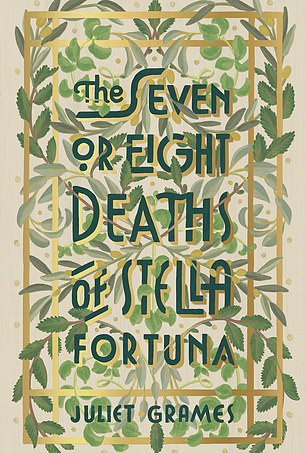 Stella and her sister Tina live opposite each other in Connecticut but haven’t spoken for the past 30 years, since Stella had a life-saving lobotomy. The reason why she came round from her operation hating Tina? No one knows.

Grames has written a rousing multi-generational novel which moves between rural Calabria at the turn of the 20th century and New York in the late Thirties.

Stella has survived several near-death experiences (by fried aubergine, evisceration by a pig and choking on a chicken bone, to name a few), and the story of her long and turbulent life emerges.

Writing in vibrant, involving prose that gallops across the pages, Grames serves up a large cast of distinctive characters, with a formidable woman at its heart.

Packed with family secrets and their repercussions, the novel memorably pins down the American immigrant experience. It’s an impressive achievement. 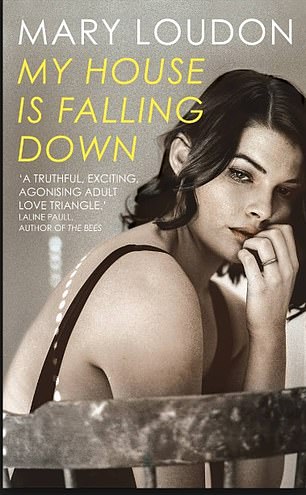 MY HOUSE IS FALLING DOWN

A meeting in an art gallery marks the start of Lucy’s relationship with Angus, a pianist 20 years her senior. Rather than conduct the affair in secret, she tells her husband Mark everything.

But is the truth as damaging as deceit? Mark and Lucy have six-year-old twin daughters, but also bring their own difficulties to their marriage. She believes she can love both men without sacrifice.

As a result of his deafness, Mark is self-reliant and self-protective, but does not try to stop the affair.

He becomes increasingly resentful, while Angus presses Lucy for greater commitment. Eventually, she is forced into a decision.

You may not have total sympathy for Lucy, but her maternal guilt and shifting feelings for the two men are laid bare with crystal clarity.

Taking the scalpel to her subject of a woman’s infidelity and her attempts to compromise, Loudon is both candid and surprising.