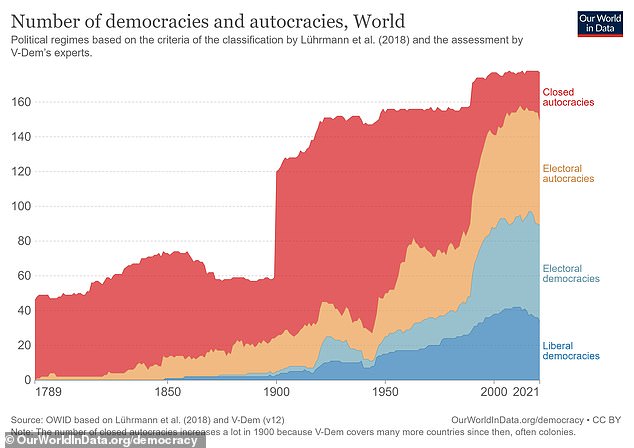 The number of democracies around the world has declined in the past 10 years, as autocratic forms of government have spread, a new analysis shows.

Since hitting its peak in 2012, the total number of democracies has declined 8 percent to 89 countries from 97,  according to analysis from Our World in Data.

The number of liberal democracies, defined as democracies with a strong rule of law and equal protection of basic rights, has dropped 19 percent, to 34 from 42 a decade ago.

‘Democracy is in decline, regardless of how we measure it,’ wrote researcher Bastian Herre. ‘We can see it clearly across democracy metrics: the world has fallen from all-time democratic highs to a level similar to earlier decades.’

The number of countries by form of government is seen from 1789 to the present. The peak of democracy was 2012, but the number of free countries has since declined 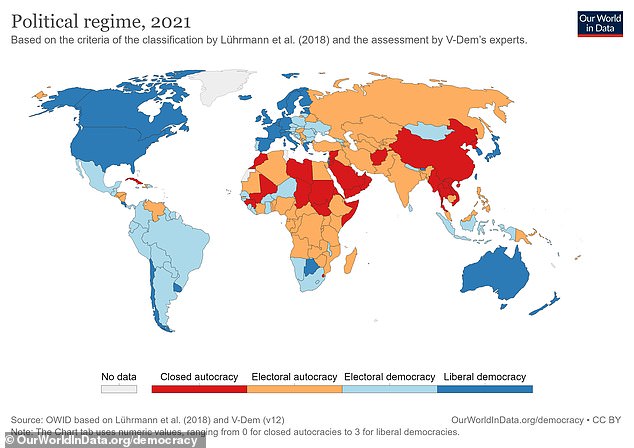 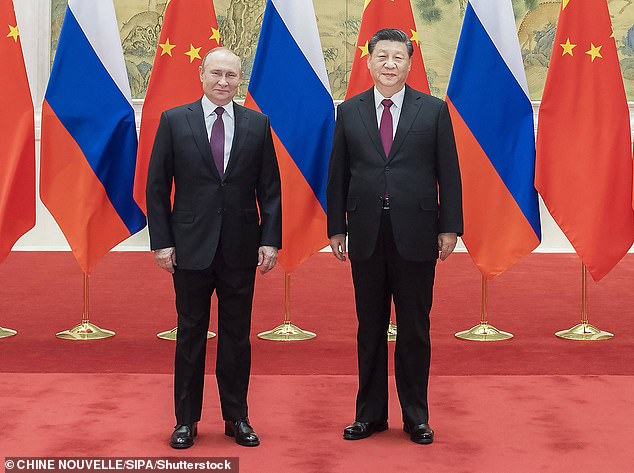 Russian leader Vladimir Putin and Chinese leader Xi Jinping are seen together in February. The report classifies Russia as an electoral autocracy, and China as a closed autocracy

The two types of autocracies accounted for 88 countries last year, up from 82 a decade ago, according to the analysis. Countries in Asia and Africa accounted for all of the increase in closed autocracies.

Meanwhile, the decline in liberal democracies occurred mostly in Eastern Europe, where a number of former Soviet republics were demoted to electoral democracies.

Africa also lost two of its four liberal democracies, a decline of 50 percent, in the past decade, the report shows.

In terms of population, the number of people living with democratic rights has plunged from 3.9 billion to 2.3 billion people between 2017 and 2021.

The report cites the populations of India, Turkey, and Venezuela as among those who have lost democratic rights in recent years. 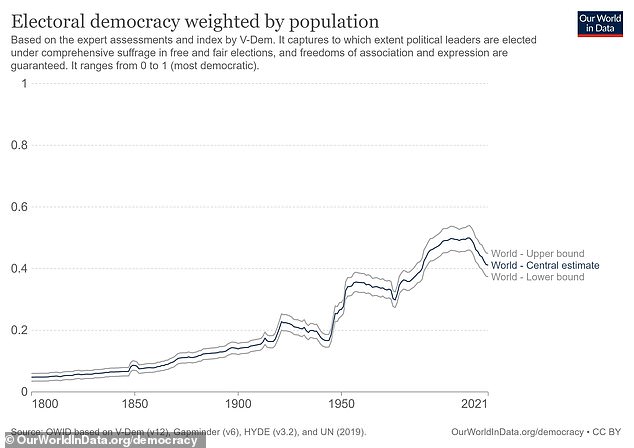 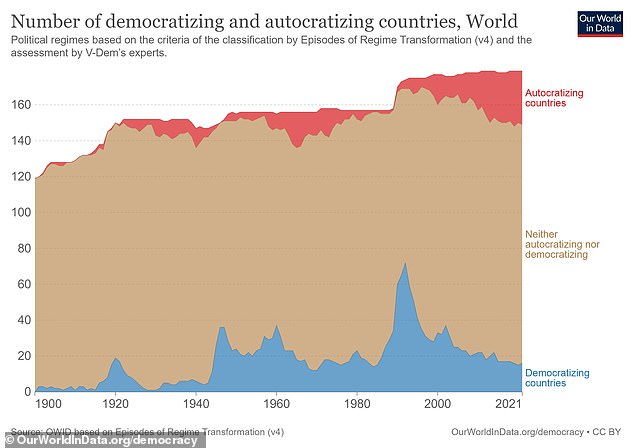 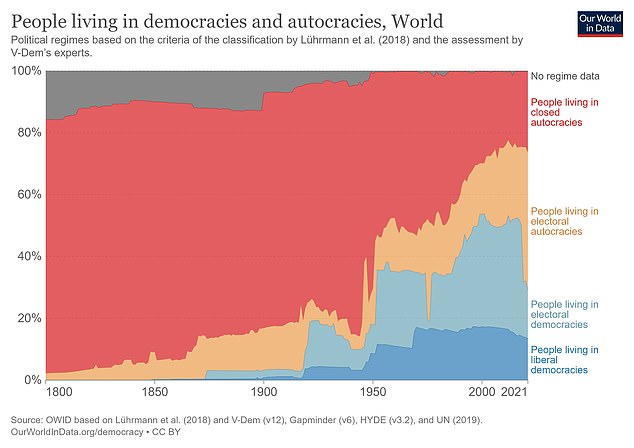 However, the report’s author, Bastian Herre, writes that it is not the first time that the number of democracies in the world has declined, and that prior declines have been reversed.

‘Back then, people fought to turn the tide and pushed democratic rights to unprecedented heights. We can do the same again,’ the researcher added.

The new research comes as polls show that Americans increasingly fear that democracy is backsliding in the US.

A 54 percent majority believes the U.S. will become less of a democracy than it is today, and only 19 percent believe that American democracy will grow stronger in the future, according to a new CBS poll published this week.

A total of 64 percent of Americans now say they fear an increase in political violence, an increase of 13 percentage points compared to January 2021, the month of the US Capitol riot.

It is also up from December 2021, when 57 percent of Americans feared an increase in political violence. 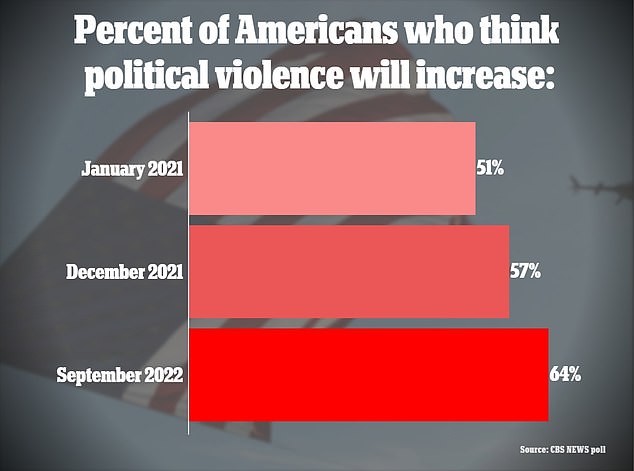 Eighty percent of Americans now say the nation is more divided than it was during their parents’ generations.

The deep divisions come as political rhetoric heats up ahead of the key US midterm elections, with both major parties now casting their opponents as the enemies of American democracy.

Last week, President Joe Biden, a Democrat, slammed the Republican MAGA movement as an ‘extremist’ movement that he termed a threat to democracy itself.

And on Saturday, at a campaign rally, former Republican President Donald Trump called Biden an ‘enemy of the state.’

‘He’s an enemy of the state, you want to know the truth,’ Trump told a Pennsylvania crowd.

Among Republicans, 51 percent think of Democrats as the political opposition, while a nearly equal 49 percent consider them enemies, the new poll found.

Among Democrats, 53 percent view Republicans as the political opposition, compared to 47 percent who see them as enemies.