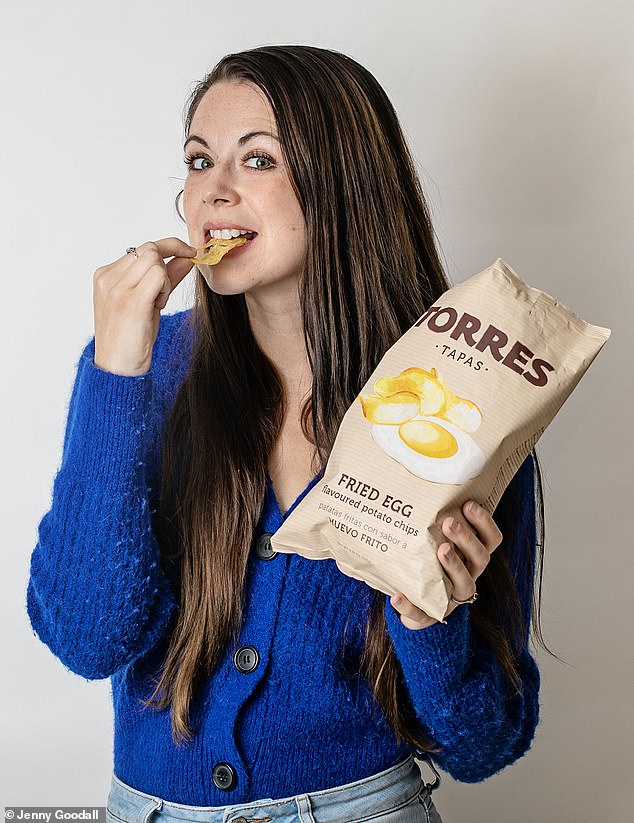 What a yolk! Department stores Harvey Nichols and Selfridges start selling vegan fried egg crisps (but you’ll need to shell out £4.99 for a pack)

By Richard Marsden for the Daily Mail

Where once they were simply ready salted or cheese and onion, these days crisps come in all kinds of flavours. And now fried egg is on the list.

The unusual snack has gone on sale at department stores such as Harvey Nichols and Selfridges.

Harvey Nichols describes them as ‘a treat for the senses’ and ‘the crisp flavour you didn’t know that you couldn’t live without’.

And earlier this year they received a Superior Taste Award from the International Taste Institute in Brussels, an organisation of leading chefs.

Despite being fried egg flavour crisps, the product doesn not contain any egg or egg products whatsoever – in fact, it is vegan.

In a gushing product review, Harvey Nichols states: ‘Torres has perfectly captured the essence of that sizzling flavour, specifically the crispy bit around the outside of the fried egg. How they managed to achieve this mind-blowing flavour without using any egg or animal products whatsoever is a complete mystery.’

The store recommends serving them ‘at your next dinner party, cocktail evening, picnic or tapas night’ – alongside an ice-cold beer, glass of crisp white wine, sherry or sparkling wine.

On The Vegan Kind website, one user commented said: ‘These were amazing. They taste like fried egg when the edge has that bit of crispiness on it. Definitely recommend(ed).’ Another reviewer said: ‘My favourite flavour crisps, especially since I don’t eat eggs any more but miss that unique flavour profile.’

Torres is marketing the new flavour in its range of hand-cooked crisps which also includes caviar, Iberian ham and black truffle varieties. It said the fried egg crisps were based on ‘the classic Spanish recipe of fried egg’.