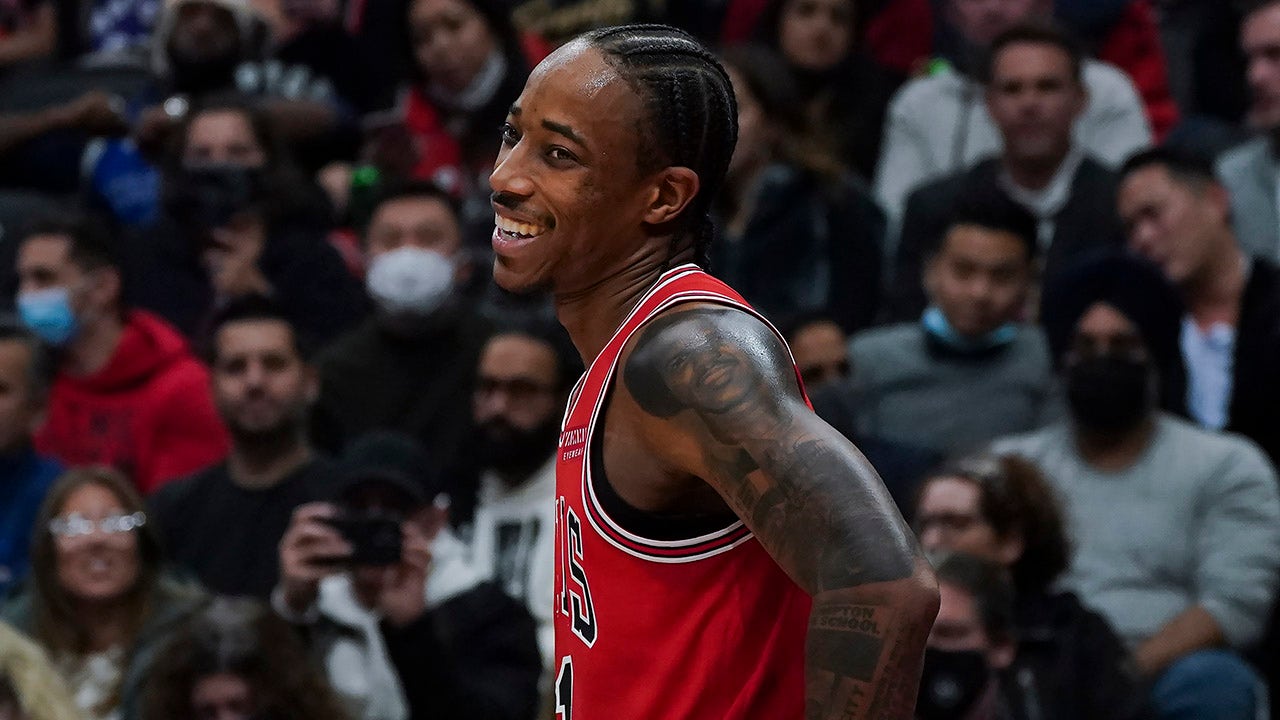 DeMar DeRozan scored 26 points against his former team, Zach LaVine had 22 points and the Chicago Bulls opened a season with four straight wins for the first time since 1996-97, holding off the Toronto Raptors 111-108 on Monday night.

Nikola Vucevic scored 17 points and Lonzo Ball had 15 as the Bulls won their fourth straight meeting with Toronto. Ball shot 5 for 9 from 3-point range.

OG Anunoby scored 22 points and Gary Trent Jr. had 18 as the struggling Raptors lost for the third time in four games.

DeRozan sandwiched jump shots around a pair of free throws from Alex Caruso as the Bulls answered with a 6-0 spurt to take a 103-95 lead with 3:27 to play.

Barnes scored off a Bulls turnover with 15 seconds left, cutting it to 110-108. Vucevic missed the first of two free throws, ending Chicago’s streak of 20 consecutive makes, but hit the second to put the Bulls up by three. VanVleet missed a potential game-tying shot at the buzzer.

Six different Raptors made a 3-pointer in the second quarter, but Ball made three of his own as Chicago outscored Toronto 37-27 to lead 61-51 at halftime.

LaVine scored 13 points in the third as the Bulls took a 92-80 lead to the final quarter.

Raptors: Toronto turned the ball over 10 times in the first half, including five from VanVleet, and finished with a season-worst 21 turnovers, leading to 27 points for Chicago.