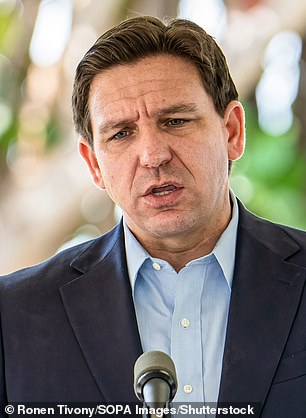 DeSantis eats further into Trump’s lead in the polls – amid the fallout from his dinner with Kanye and Nick Fuentes and midterms blame game: Former president’s approval rating drops among Republicans in dire sign for 2024 primary matchup

DeSantis, who has yet to announce a presidential bid, is just five points behind at 30 percent, an increase following his comprehensive victory in the Florida Governor’s race and with Republicans blaming Trump for their disappointing midterm results.

When a smaller group of registered voters was asked, DeSantis was just two points behind, with Trump at 35 percent and DeSantis at 33 percent support.

The same poll found that Trump has lost some of his luster among Republicans. In June, 54 percent – a majority – held a ‘very favorable’ view of the ex-president.  Now in December, that number is 12 points lower, at 42 percent.

It is a dire sign for Trump who announced a third run for the White House on November 15 – just one week after the disappointing midterm election results for the GOP. 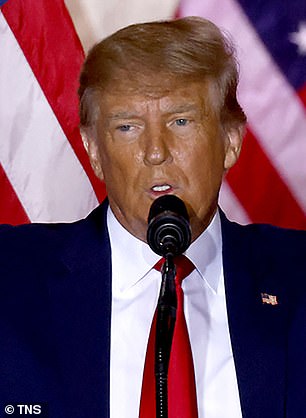 Pollsters also asked what Republican voters would do if there was a Trump-DeSantis match-up in the 2024 primaries. In the larger group of Republican and GOP-leaning independent adults, the two are tied at 42 percent.

A similar dynamic played out when survey participants were asked if it would be better to have Trump as the GOP nominee in 2024 or another GOP contender.

The larger group selected Trump by a small margin: 44 percent to 41 percent – outside the poll’s 2.6 percent margin of error.

Among registered voters, the option of a different Republican candidate has a slight advantage over Trump: 44 percent to 43 percent. 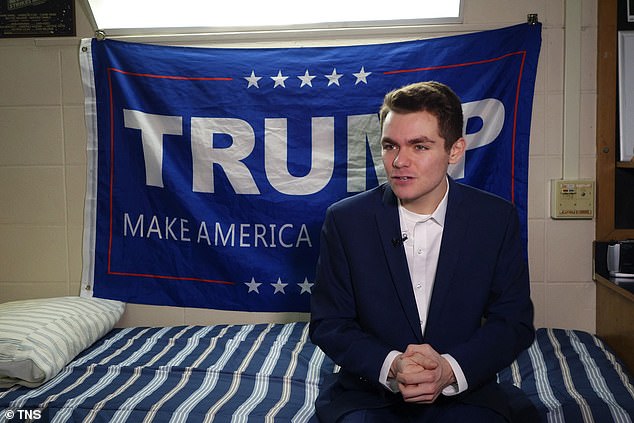 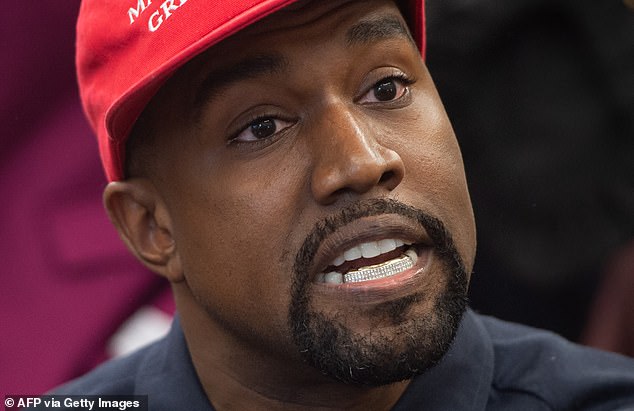 Nick Fuentes was brought to Trump’s Mar-a-Lago club in Florida by disgraced rapper Kanye West, who has been spewing anti-Semitic bile for months

President Joe Biden has a narrow edge over both Republicans, Trump and DeSantis, in a theoretical 2024 general election match-up, within the survey’s margin of error.

Against Trump, Biden gets 37 percent support to the ex-president’s 35 percent.

A whopping 17 percent of respondents said they’d not vote.

Again, 17 percent said they would not vote.

Among registered voters, Biden and DeSantis are tied at 44 percent support.

Trump’s 2024 White House bid got off to a rough start.

The former president was largely blamed for the Republicans subpar performance in the midterms – with the GOP barely winning control of the House – after a so-called ‘red wave’ had been expected – and Democrats maintaining control of the Senate.

Trump announced he would be a White House candidate one week later.

Then a week after that, Trump had dinner with disgraced rapper Kanye West and white nationalist and Holocaust denier Nick Fuentes.

And then this Tuesday, the Trump-backed Georgia Senate hopeful Herschel Walker lost his election to Democratic Sen. Raphael Warnock. 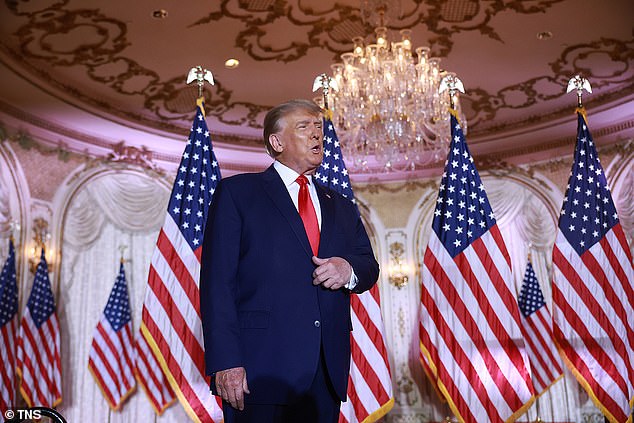