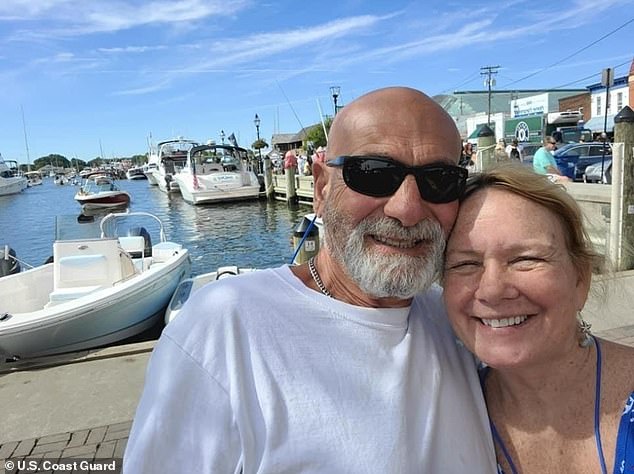 Desperate search for Virginia couple, both 65, who vanished off radar nine days ago after sailing for the Azores off Portugal before boat got damaged 460 miles off US coast

By Alex Oliveira For Dailymail.Com

A desperate search is underway for a couple who vanished while sailing across the Atlantic Ocean for the Azores islands off of Portugal.

Yanni Nikopoulos and Dale Jones, both 65, were last heard from on June 13 when they called their daughter and said their sailboat had been damaged in ‘heavy weather’ and they were turning back for Virginia.

The couple was about 460 miles east of Virginia at the time of the call, according to the US Coast Guard.

The Coast Guard is using aircraft to search for the couple, monitoring cell phone and radio activity, and urging boaters in the area to remain on the lookout for the couple.

Despite the search and reports of damage, a representative from the Coast Guard told the The Washington Post on Wednesday that they have no reason to believe the couple are in distress, and that they are simply trying to determine where they are now.

Yanni Nikopoulos and Dale Jones, both 65, were last heard from on June 13 when they called their daughter and said their sailboat had been damaged 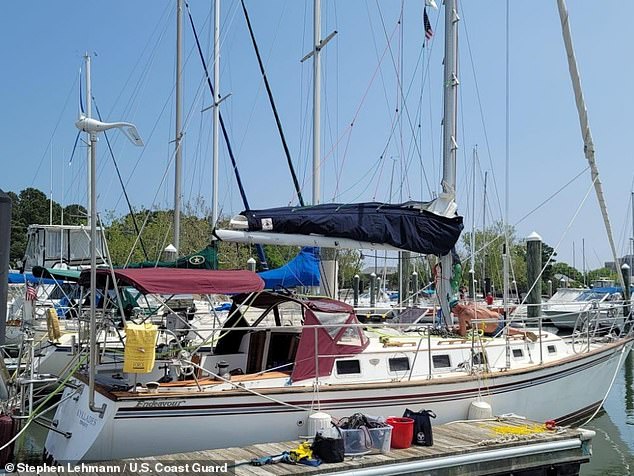 The couple’s sailboat they were traveling across the Atlantic Ocean on. Their journey top the Azores was to be about 2,300 miles

Nikopoulos and Jones, natives of Virginia Beach, set sail from Hampton, Virginia, on June 8, for the small string of islands that sit about 850 miles West of the Portuguese coast.

Their journey from Virignia to the Azores is about 2,300 miles.

On June 17, their daughter reported her parents missing to the Coast Guard, telling them that she hadn’t heard from them since they told her about the boat’s damage four days earlier.

She told the Coast Guard that though her parents had not told her when they would arrive back in Virginia, she had expected them around June 20. That day came and went with no sign of her parents. 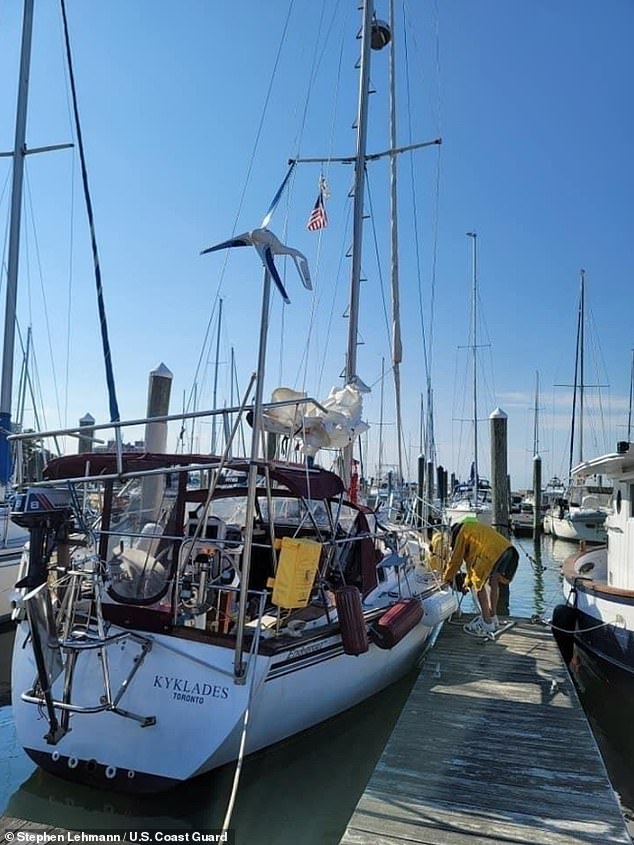 Yanni Nikopoulos and Dale Jones sailboat, Kyklades. The Coast Guard has sent two aircraft to search an approximate area they think the boaters could be, but have not reported seeing any signs of them.

‘In situations like this, where there are so many unknowns, our coordination efforts need to cast a wide and intentional net,’ Coast Guard Chief Brian Gainey said, ‘We’re tracking cell phone and radio pings as we work with our counterparts in Bermuda to accurately determine the most intelligent search area for our air crews.’

The Coast Guard has sent two aircraft to search an approximate area they think the boaters could be, but have not reported seeing any signs of them.

The Guard has also issued an Urgent Marine Information Broadcast across the stretch of ocean where they think the boaters could be to alert other boaters in the area to be on the lookout.

‘It’s a lot of detective work, but it’s all in service to finding these two individuals and bringing them home to their families,’ Gainey said.