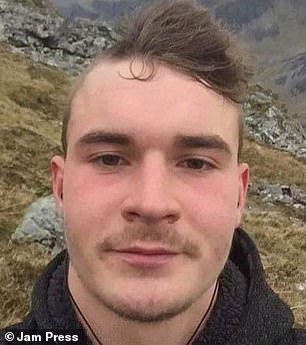 Detectives searching for a missing teenager have appealed for revellers who attended a rave in a disused quarry to come forward 11 days after he vanished.

Frantisek Morris, who is known as Frankie, was last seen walking in Pentir, near Bangor in Gwynedd, North Wales, at around 1.20pm on Sunday May 2.

The 18-year-old had attended a party in Waunfawr, near Snowdonia National Park, the night before his disappearance.

North Wales Police released an image of Mr Morris pushing his bike near the Vaynol Arms pub in Pentir taken around the time he was last seen.

The bike, which reportedly had a puncture, was found near the pub on May 9.

The latest appeal comes after the teenager’s mother, Alice Morris, said in a dedicated Facebook group set up to help share information about his whereabouts that she fears something bad happened to him. 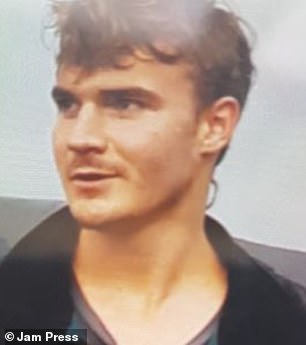 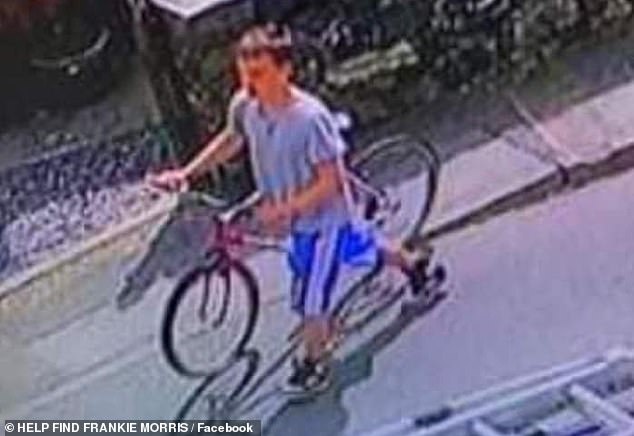 North Wales Police released an image of Mr Morris pushing his bike near the Vaynol Arms pub in Pentir on May 2, taken around the time he was last seen

Detective Chief Inspector Lee Boycott said: ‘We are really grateful to the community for the hundreds of phone calls and online reports we have received in response to our previous appeals.

‘As a result we are examining numerous different lines of inquiry. I would like to appeal directly to anyone who attended a rave in the disused quarry above Waunfawr on Saturday May 1 who hasn’t already come forward to do so.

‘I understand people may be reluctant due to the fact that the rave was not an organised event, but I would like to reassure you that we are only concerned in piecing together as much information about Frankie’s movements as possible.

‘If you attended the rave, and you have any photos or video whatsoever on your mobile, or you have any information however small, that may help us, you can visit https://mipp.police.uk/operation/60NWP19A03-PO1 .

‘You will be able to pass on information or upload images/video directly to the investigation team in complete anonymity.’

He added: ‘Residents in Pentir will have noticed an increased police presence in the area over recent days, which will continue.

‘If you were in the area on Sunday May 2 and may have seen Frankie please get in touch, especially if you have dashcam or any other form of video.

‘Finally, I would ask residents in Pentir and the surrounding areas to check any sheds or outbuildings on their land, and contact us if you find anything out of the ordinary.’

A Facebook post from Mr Morris’ mother, which was shared with the groups 5,200 members, said: ‘I know Frankie so well and I also know his lifestyle.

‘I do think that he visited one of his friends in Bangor and something bad probably happened to him there. 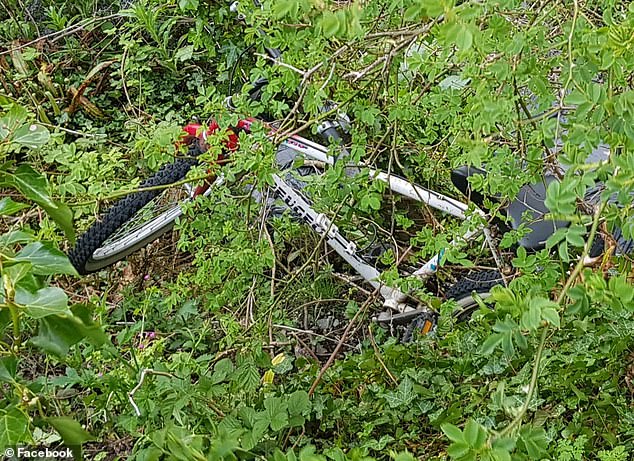 The bike, which reportedly had a puncture, was found near the pub on May 9. Detective Chief Inspector Lee Boycott said: ‘I would like to appeal directly to anyone who attended a rave in the disused quarry above Waunfawr on Saturday May 1’

‘I have been asking the police to investigate the people who he knows in Bangor and go to their houses to check but the response seems to me to be a bit slow.

‘I think they should make it a priority to investigate all his friends in Bangor.’

Officers asked the public to check CCTV and dashcam footage in the Bangor and Caerhun areas of North Wales for any signs of the teenager.

Police said Frankie, who is from Llandegfan, Anglesey, was walking north in the direction of Caerhun, wearing a grey T-shirt and blue shorts – the same clothes he wore to the party the evening before – and pushing a bike.

Officers previously asked anyone with information on his whereabouts to get in touch. 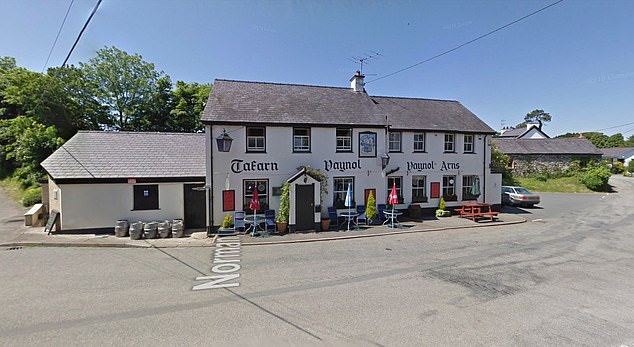 The Vaynol Arms Pub in Pentir, Bangor, where Frantisek Morris, also known as Frankie, was last seen. Officers asked the public to check CCTV and dashcam footage in the Bangor and Caerhun areas of North Wales for any signs of the teenager

Chief Insp Llinos Davies said: ‘I would like to appeal directly to Frankie and want him to know that our only concern is to know that he is safe and well.

‘I urge Frankie or anyone who knows of his whereabouts to make contact with us. We will need to check on Frankie’s welfare, but his confidentiality and wishes will be respected.

‘We continue to be concerned about Frankie, and are still utilising a considerable amount of both police and partner agency resources, both of which have been dedicated to finding Frankie for nearly a week.

‘We are working closely with Frankie’s family to explore every possible line of enquiry at this difficult time. If you have any information regarding Frankie’s whereabouts, please get in touch.’

It was understood search and rescue teams conducted searches with dogs in the area on Tuesday.

Anyone with information is advised to contact police on 101.