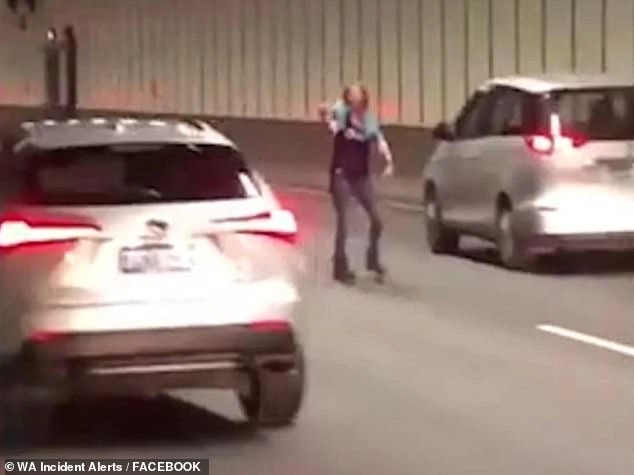 
Disturbing footage has emerged of a woman appearing to direct traffic in a busy tunnel during the early hours of Saturday morning.

The video, recorded in Perth‘s Northbridge tunnel on the Graham Farmer Freeway, shows a 39-year-old woman stumbling across several lanes at 5am.

She appears to point at various cars and tell them to keep driving as vehicles nervously drive around her.

The woman can be seen walking up the empty tunnel holding a jumper above her head before turning around and addressing the cars.

She lifts her arms in the air with her back turned to traffic before again turning around and pointing at drivers.

The freeway has a speed limit of 100km/h, making it extremely dangerous behaviour.

Cars attempt to drive past the woman as she proceeds to signal to them, at times walking directly into their path. 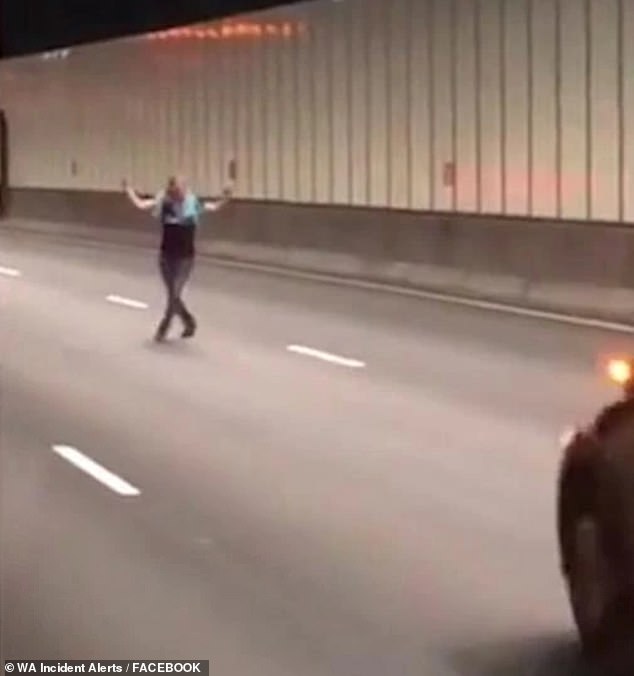 The video, recorded in the Northbridge tunnel of the Graham Farmer Freeway at 5am on Saturday shows a 39-year-old woman stumbling across several lanes

Walking and cycling on the freeway is illegal, prompting drivers to call police over concerns for her safety.

WA Police confirmed to Daily Mail Australia the 39-year-old from Nerrabup in Perth’s north was arrested at about 5:15am on Saturday morning.

She was issued an infringement notice for disorderly behaviour which carries a maximum fine of $6,000.