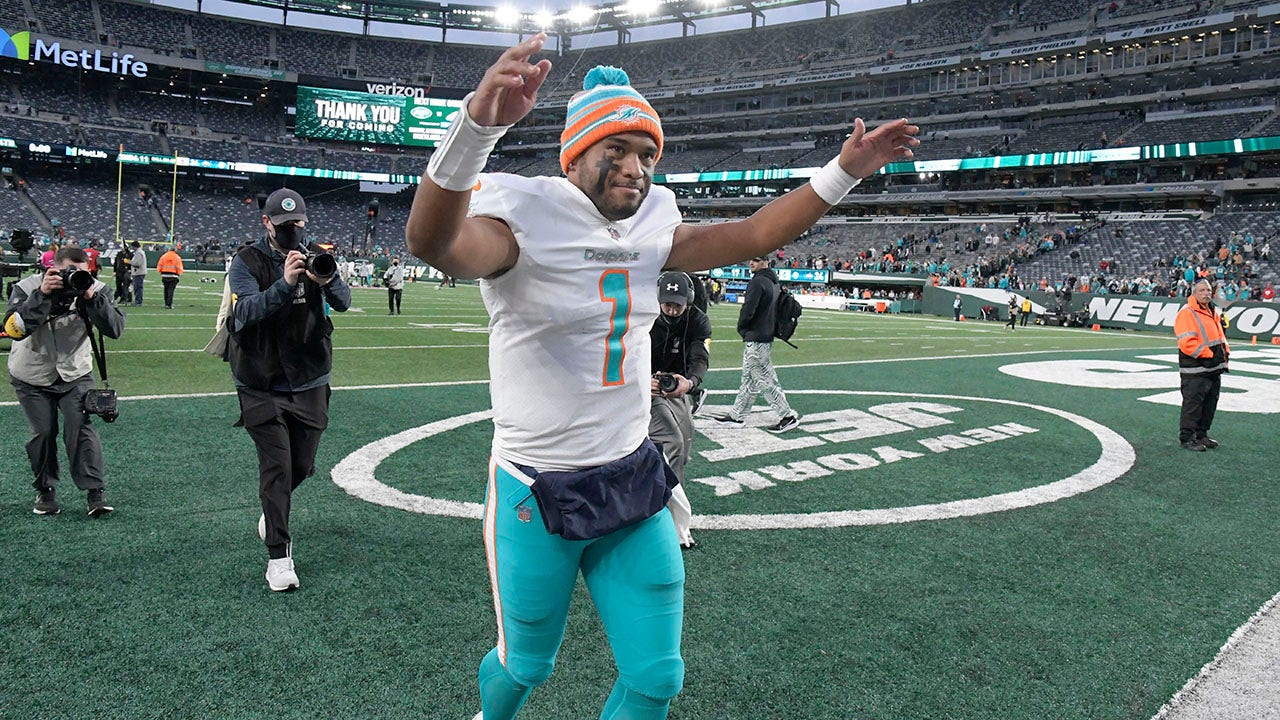 Do you want to dream?

Dream of the Miami Dolphins factoring the final six weeks of this season and maybe even sneaking into the playoff conversation. Yeah, crazy right, especially when one considers the Dolphins started this season 1-7.

But not so crazy when you consider the Dolphins beat the New York Jets on Sunday, 24-17, to earn their third consecutive victory.

And not crazy when you consider the rest of the NFL is like a pineapple cake. It’s upside down.

The Buffalo Bills lost to the Indianapolis Colts and fell out of first place in the AFC East. The Bills are struggling with two losses in three weeks.

The Tennessee Titans lost to the Houston Texans.

The Carolina Panthers lost to the Washington Football Team.

The New Orleans Saints lost to the Philadelphia Eagles.

The Dolphins have six games remaining in their 2021 schedule and four of their opponents lost on Sunday, while the New York Giants play Monday night.

And the other team? That’s the Patriots.

Miami beat them in the regular-season opener.

The point is the Dolphins are suddenly hot and have six games remaining against opponents who are either looking more beatable by the day or which Miami has already beaten once.

It is not out of the realm of possibility the Dolphins go into their season-finale against New England with a wildcard playoff spot on the line.

Yes, a lot of stuff needs to happen. The Dolphins need to get to .500 first. That means beating Carolina and the Giants at home the next two weeks, recovering after a bye, and coming back against the Jets again.

It’s the final two games against Tennessee and New England that will be the Mount Everest climb to relevance.

But if the Dolphins continue to improve as they have been in recent weeks, it’s doable.

The fact is if the Dolphins can score 24 points per game as they did Sunday, what do you think that will do for the confidence of MIami defenders that they can come away with victories?

“Very confident,” cornerback Xavien Howard said. “I feel like all three phases, we got to play well. Defense doing their thing, offense, everybody making plays in all three phases of the ball. I feel like if we have the confidence then it’ll show, that we’re winning.”

Especially if you consider Tagovailoa just delivered perhaps his best game of the season.

Tagovailoa completed 27 of 33 passes for 273 yards with 2 TD passes and 1 interception.

He threw a 65-yard touchdown pass to Mack Hollins that is the longest TD completion of his NFL career and the longest play of the season for the Dolphins.

And when the game was tied at 14 in the fourth quarter, Tagovailoa engineered a 75 yard touchdown drive in which he completed 8 of 8 pass attempts for 68 yards, including the culminating 5 yard score.

That’s uplifting news for the Dolphins. All of it.