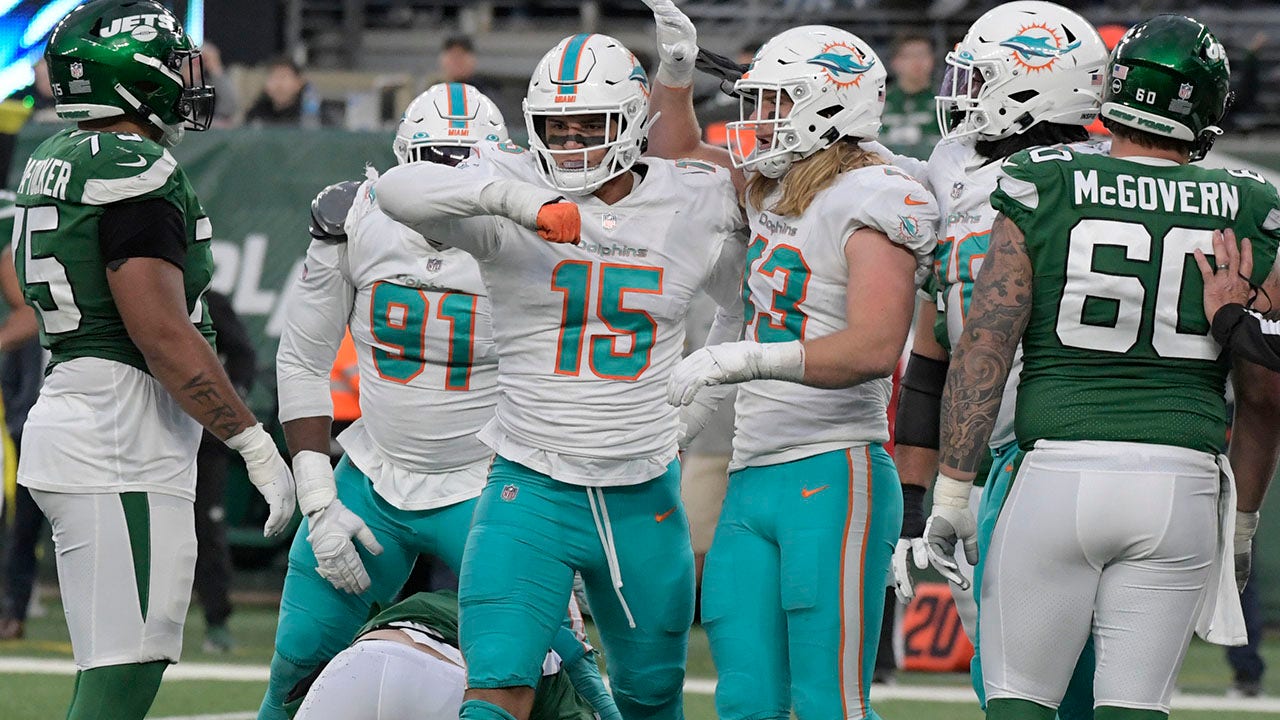 The current class of Miami Dolphins rookies all tend to hang out together. They often go to dinner together. When the team has a community service-type event that players are asked to attend, they go to those together.

On occasion, they also play football.

There are many reasons why the Dolphins have transformed from unwatchable to unbeatable over these past four games, all of them wins. Quarterback Tua Tagovailoa is healthier and as accurate as he’s ever been. The run game has made big strides. The defense is allowing 11.5 points per game during the streak.

And the rookies aren’t playing like rookies — as evidenced by the big things that Jaylen Waddle, Jaelan Phillips and Jevon Holland all did Sunday in Miami’s 33-10 win over Carolina.

“We really enjoy each other’s presence and company,” Phillips said. “I think we have a really close-knit group. A bunch of great guys on and off the field.”

Consider what the trio did Sunday:

— Phillips had three sacks, the first Dolphins rookie to do that since Marco Coleman in 1992.

— Waddle’s 137 receiving yards against the Panthers was the second-highest game total by a Miami rookie ever, behind Terry Kirby’s 148 in 1993.

— Holland got his second interception of the season. His first two picks as a pro have victimized Houston’s Tyrod Taylor — who has the second-lowest interception rate in NFL history — and now the 2015 league MVP in Carolina’s Cam Newton.

They’ve had a minicamp, then a training camp, and now 12 weeks of regular season. If they were all still in college, their seasons would be just about over at this point. Somehow, Phillips, Waddle and Holland seem to be peaking now instead.

The next five games, he cautioned, will be the biggest challenge for the rookies. It now becomes the longest seasons of their lives, and obviously has them against players who are a tad better than what they lined up against during their school years.

Tagovailoa. He’s completed 27 passes in each of his past two games, hitting on 82% on Nov. 22 against the Jets and 84% this past Sunday against Carolina. Those numbers — at least 27 completions with at least 82% accuracy — have been reached in back-to-back games only once before, by Peyton Manning in 2013. Expand the completion percentage to 80%, and only Kyler Murray (earlier this season) and Drew Brees (2018) get added to the list.

Untimely sacks were an issue early on Sunday, with a pair of third-down breakdowns stopping drives. But in fairness, after a 23-point win in which Miami held Carolina to under 200 yards, finding big issues to point fingers at is a bit nitpicky.

The defense. All of it. The three interceptions (including another by Xavien Howard, who has 25 picks in his past 49 games) were one thing. But holding Carolina to 10 first downs — seven in the first 57 minutes — was simply stellar.

Austin Reiter’s bad snap late in the first half was costly; it took away a chance at Miami points and gift-wrapped a Carolina field goal that cut the Dolphins’ lead to 21-10 at the break. In all, four fumbles for Miami on the day and some rough QB-center exchanges won’t look pretty on film.

Flores said C Michael Deiter “is working his butt off” to get back on the field this week. The Dolphins are still in wait-and-see mode on the status of WRs DeVante Parker and Will Fuller.

Miami’s three-game, month-long homestand continues Sunday when the Dolphins play host to the New York Giants (4-7). It’s the Giants’ third trip to Miami in the past 25 seasons.