Downing Street has boycotted the BBC‘s flagship news programme amid ongoing rows over the Corporation’s Election coverage and questions over the future of the licence fee.

No 10 pulled Ministers from yesterday’s Radio 4 Today programme and intends to ‘withdraw engagement’ from future broadcasts of the show.

The bitter stand-off comes as the BBC is facing intense criticism over alleged bias in its Election coverage, which included presenter Andrew Neil delivering an on-air monologue criticising Boris Johnson for failing to agree to be interviewed by him.

Stand-off: The BBC has come under fire for alleged election bias in a row with Downing Street 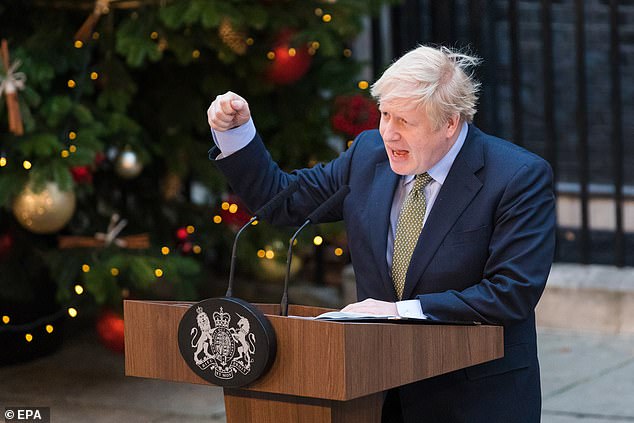 Hitting back: Mr Johnson refused to be interviewed by veteran broadcaster Andrew Neil during the campaign for votes 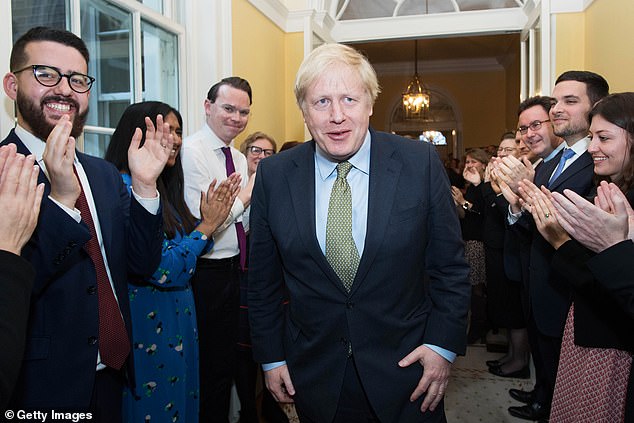 Furious: Strategists behind  the Prime Minister’s election victory were outraged by extensive coverage on a four-year-old boy with suspected pneumonia forced to sleep on a hospital floor 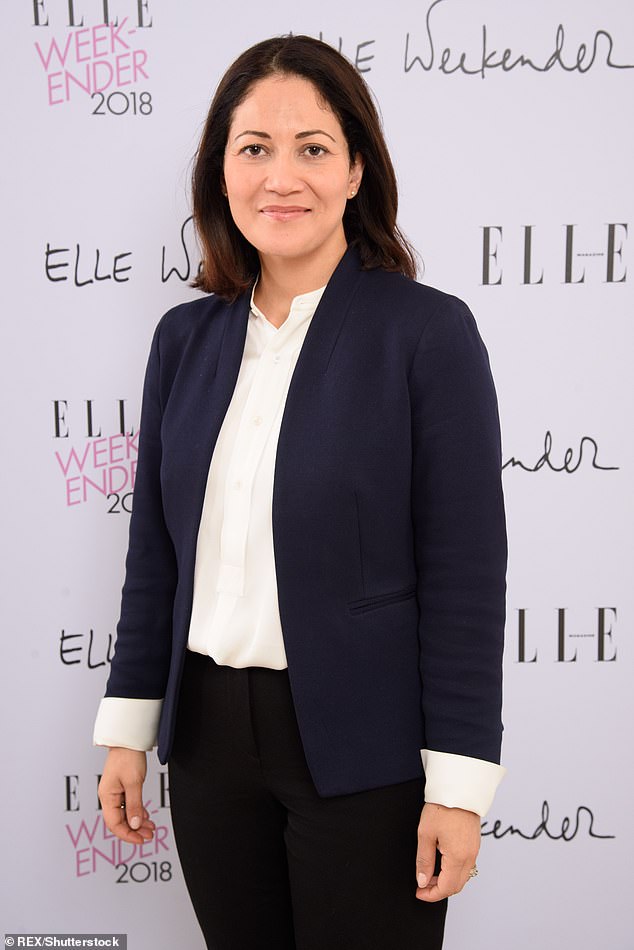 ‘Not the real world’: The BBC has been accused of being targeted at ‘the pro-Remain metropolitan bubble in Islington.’ Mishal Hussain is one of the stars of the programme 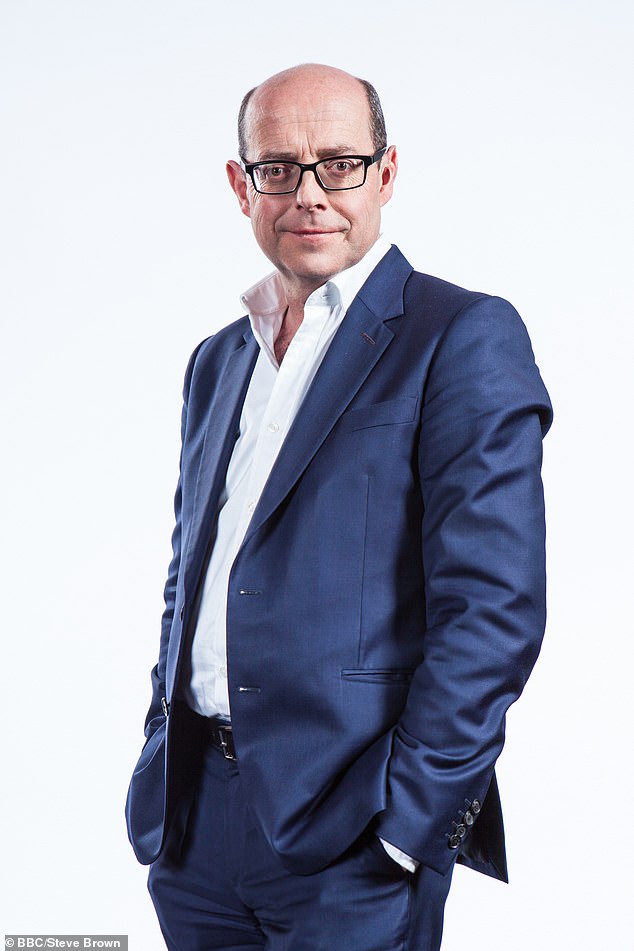 BBC anger: They have denied accusations of bias by the Radio 4 Today programme, of which Nick Robinson is  a star

Tory strategists were also infuriated by the lead item on Monday’s BBC News At Ten, which gave extensive coverage to the row over a four-year-old boy with suspected pneumonia forced to sleep on a hospital floor.

They say the Corporation failed to properly report the swing in support from Labour to the Tories along the ‘Red Wall’ in the Midlands and the North which swept Mr Johnson to victory on a tide of support for Brexit.

Last night, a No 10 source called on the BBC to mount an internal investigation into its performance during the campaign, saying: ‘The BBC speaks to a pro-Remain metropolitan bubble in Islington, not the real world represented by Wakefield and Workington. There has been a failure by senior management at the BBC, and we expect them to launch an internal review of their performance.’

The BBC angrily denies the allegations of bias. Senior figures in the Corporation describe the claims as ‘trumped up’ and part of an ‘agenda to use the new Tory majority to break the Corporation’s independence’.

Boris Johnson is considering appointing a long-term critic of the BBC licence fee as his new Culture Secretary, The Mail on Sunday has learnt.

Tory grandee John Whittingdale is the frontrunner to replace Nicky Morgan, who stood down before the Election, in the Culture department, which oversees the BBC, internet and the arts.

The Prime Minister is expected to conduct a mini-reshuffle of his Cabinet tomorrow morning, with a comeback for Mr Whittingdale under discussion last night.

Mr Whittingdale, a former chairman of the powerful Culture, Media and Sport Committee, did not respond to requests for comment from the MoS, but Downing Street insiders did not dispute he is in the running to lead the department, a role he held between 2015 and 2017.

Mr Johnson put the BBC on notice during the Election campaign by suggesting that if he won, his Government would ‘look at’ abolishing the £154.50- a-year TV licence.

Under David Cameron, Mr Whittingdale launched a review of the licence fee and warned that the BBC must reform in the face of competition from streaming services such as Netflix and Amazon. ‘The BBC needs to adapt to a different world,’ he said. ‘Does it still need to do all that it does when there is so much choice out there? You could have some sort of public service payment through general taxation or a much smaller licence fee to cover news, children’s TV etc.’

Mr Whittingdale was sacked by Theresa May after backing Brexit in the 2016 referendum but has been a vocal supporter of Mr Johnson’s premiership from the backbenches.

Last night, No10 sources scotched rumours that the post of Culture Secretary could go to former Defence Secretary Penny Mordaunt or Mr Johnson’s leadership rival Jeremy Hunt, who has also previously done the job. A source stressed the need for ‘both competence and loyalty’ from the next Culture Secretary, adding that ‘its not an either or situation’.

Downing Street was also angered by Channel 4’s Election coverage after the channel replaced Boris Johnson with a melting ice sculpture when he declined to appear on its climate debate programme and falsely claimed he called immigrants ‘people of colour’ in a speech rather than ‘people of talent’.

The source said: ‘The broadcasters – and the BBC and Channel 4 in particular – had a very poor Election and need to shake things up for future campaigns.’

It comes as the new Government is drawing up plans to decriminalise non-payment of the fee, paving the way for it to be replaced eventually by a Netflix-style subscription model.

Mr Johnson’s influential senior adviser Dominic Cummings has long believed that the funding model for the Corporation is outdated for the 21st Century broadcast world which is increasingly dominated by subscription services.

The court system is struggling to cope with the burden of prosecutions brought for non-payment of the licence fee.

Mr Cummings is also highly critical about the BBC’s output, and is particularly dismissive of the Today programme – which for decades set the daily news agenda through interviews with Cabinet Ministers. Mr Cummings has told colleagues that he ‘never listens’ to the programme any more. The No 10 source added: ‘The Today programme is irrelevant, it is not a serious programme any more so we are not going to engage with it – it is far better for us to put people up on BBC Breakfast and Five Live.’

The Government declined to put up a Minister for interview on the programme yesterday morning, despite it being the first full day of the new Johnson administration. During the Election campaign, Mr Johnson branded the £154.50- a-year licence a ‘tax’ and questioned how long such a funding system could be justified.

He said: ‘I think the system of funding by what is effectively a general tax… bears reflection. How long can you justify a system whereby everybody who has a TV has to pay to fund a particular set of TV and radio channels? That is the question.’

The No 10 source stressed that the proposed changes to the licence fee were unconnected to the row over bias, but were a long-held view of Mr Johnson and his closest aides.

The fee raised £3.69 billion for the BBC in 2019, out of its total budget of £5 billion. Ministers are constrained from making quick changes to the funding model by having previously agreed under the BBC’s Royal Charter to continue the current system until 2027, but moves to decriminalise non-payment could be introduced in Thursday’s Queen’s Speech – effectively turning it into a voluntary opt-in system. About 180,000 people are prosecuted every year for failing to pay the fee, of which more than 150,000 are convicted. Seven in ten were women, who faced fines of £1,000 each. About 70 people were jailed for refusal to pay the fine.

No 10 believes the courts should be sentencing violent offenders, ‘not middle-aged women who have not paid a broadcasting poll tax’.

The Corporation has also been involved in a long-running row with the Government over its plans to end free licences for the over-75s from June 2020.

A BBC spokesperson said: ‘Our aim throughout the Election was to be on the side of the audience who came to us in their millions and we delivered our most ambitious coverage whilst ensuring it was fair and proportionate over the course of the campaign. We stand by our journalism. We’ll continue to make our own editorial decisions and report without fear or favour.

‘On decriminalisation, the Government has already commissioned a QC to take an in-depth look at this matter and he found that, ‘the current system of criminal deterrence and prosecution should be maintained’ and that it is fair and value for money to licence fee payers.

‘The review also found non-payment cases accounted for ‘a minute fraction’ – only 0.3 per cent – of court time. Decriminalisation could also mean we have at least £200 million less to spend on programmes and services our audiences love.’