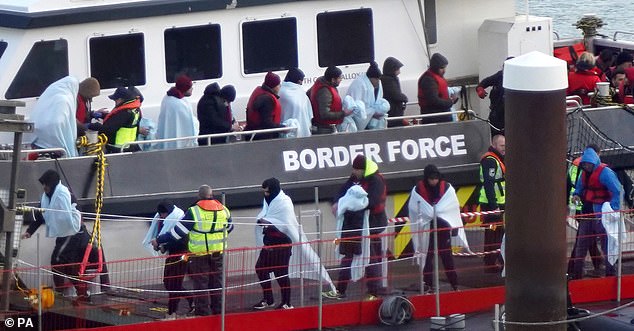 Dozens of migrants arrive in Dover after crossing the Channel overnight – as total number of arrivals this year hits more than 42,000

By Miriam Kuepper For Mailonline

Dozens of migrants crossed the Channel today as people smugglers made the most of the clear weather – sparking a huge operation in the English Channel.

Royal Navy, Border Force and RNLI lifeboats are currently out in the middle of the English Channel as people smugglers take advantage of the clearing weather.

A Border Force vessel brought a large group of around 40 people into the harbour at Dover this morning with limited visibility. 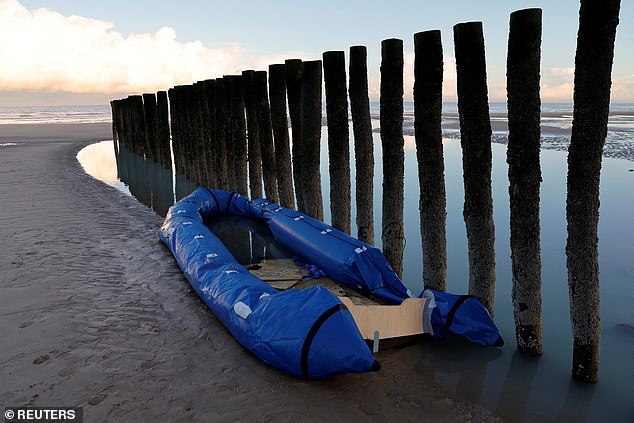 A damaged dinghy on the beach used by a group of migrants in Sangatte near Calais, northern France

Many of the mainly male group were wrapped in blankets to protect them from the cold.

They were brought ashore around 9am at the former jetfoil terminal in the western docks before it is expected they are moved to the controversial processing centre at Manston near Ramsgate in Kent.

But more migrants who have been waiting in make-shift camps around Dunkirk and Calais, in France, are expected to cross the Channel today as visibility clears in the 21 mile stretch of sea between Dover and Calais.

It comes after a further 426 arrived in small boats on Monday despite choppy conditions at sea according to official numbers.

An average of 60 to 61 people were crammed into just seven flimsy inflatable boats. 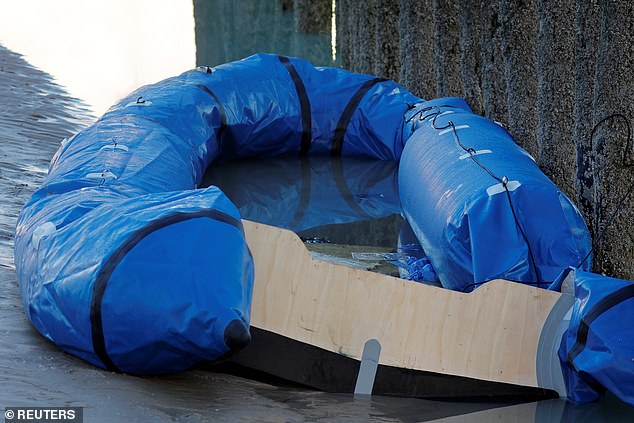 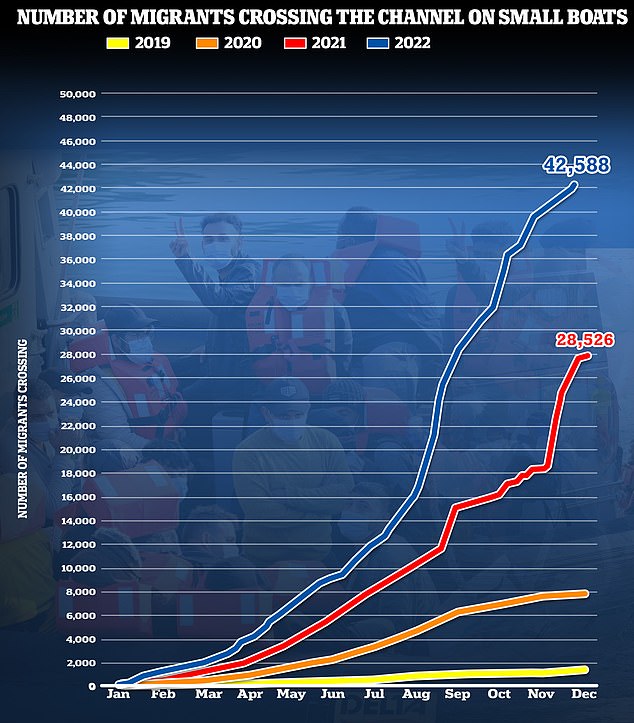 It takes the number to have arrived in November so far to 2,687 people according to official government figures.

Yesterday, a group of 50 led by ex-minister and Brexit secretary David Davis has written to the Prime Minister to rapidly implement a ‘simple’ change in the law to help reduce the flow of people that has reached 40,000 this year.

They want changes to modern slavery laws to make it easier for people they believe do not qualify for asylum, who say they are victims of trafficking, to be returned.