Do you remember Christmas in the good old days when it always seemed to snow?

There were roaring fires, tipsy aunties and not much on TV beyond It’s A Wonderful Life or Miracle On 34th Street.

Festive life revolved around Nativity plays, a tin of Quality Street, and sharp words exchanged over the Monopoly or Scrabble boards.

But were those Christmases of yore really that great? In truth, they were probably no better or worse than now, but we derive a profound sense of comfort from looking back and reminiscing.

Regardless of how old you are, Christmas is the perfect time for nostalgia. We can indulge in memories of times when things were different — or at least we can pretend they were — and our current stresses or difficulties didn’t exist

Regardless of how old you are, Christmas is the perfect time for nostalgia. We can indulge in memories of times when things were different — or at least we can pretend they were — and our current stresses or difficulties didn’t exist.

For years, though, psychologists warned against such indulgence.

It was a false interpretation of the past, they argued, a wilful misrepresentation of how things were that encouraged us to view the present negatively.

It fostered in us a desire to retreat into ourselves in the face of uncertainty or fear, and to wallow in the past as if it was a comfort blanket, rather than facing up to the future and tackling our problems.

Well, that was then. Now we realise this isn’t quite the case.

In fact, nostalgia serves a vital psychological function and, far from being a negative habit, can actually confirm real benefits.

Professor Constantine Sedikides of Southampton University heads up a unit dedicated to research into nostalgia and, over 20 years, his work has shown that this trait can help to connect people, comfort them and help them cope better with adversity.

Nostalgia and reminiscence can be stabilising forces, too. They strengthen our sense of continuity and imbue us with resilience by reminding us that we possess a store of powerful memories and experiences that are deeply intertwined with our identity.

This connects us to an admittedly partly-fictionalised past when we remember being happy, or showed fortitude or bravery in dealing with and overcoming hardship.

By providing us with a sanitised version of that time, nostalgia helps us feel more confident about tackling our present difficulties.

Even as independent adults, it can be reassuring to look back to a time when we had less responsibility, and to remember when we were reliant on others, our parents, our siblings or other loved family members. It can make it easier for us to ask for help now. Nostalgia has been shown to counteract loneliness, boredom and anxiety, too.

It makes people more generous to strangers and more tolerant of outsiders, while couples who reminisce together are more likely to have a stable relationship.

And it’s not just mentally beneficial, there are physical advantages. It has been shown that on cold days people subconsciously use nostalgia to make them actually feel warmer!

In light of the evidence, I think we should be teaching our youngsters, many of whom struggle with mental health issues, the value of nostalgia.

Of course, memories can be painful or upsetting and cannot be rewritten. However, most people can draw upon a collection of memories that provide comfort and that speak to an aspect of their personality they are proud of.

Professor Sedikides calls this a ‘nostalgic repository’ and we can view it like a mental tool box, with different positive memories for different needs, be it an emotional lift or motivation, for example.

Or to put it another way, nostalgia is not simply looking to the good old days and wishing we were back there. Instead, it is looking back and asking: what has been good in my life? What have I achieved?

Building a memory bank that answers those questions will help you find contentment, satisfaction and peace.

Try it this Christmas. Tipsy aunties are optional.

Work on that self obsession

It’s official: the young are self-obsessed. According to a study by Michigan State University, youngsters score more highly than adults on ‘narcissism scales’.

However, despite the derision that self-regarding Millennials and so-called ‘Snowflakes’ generally attract, this isn’t something unique to this generation.

The study found that self-regard diminishes as we age and are knocked by life experiences.

Interestingly, the study found the biggest fall in narcissistic traits occurs when people get their first job. That’s why I’m an advocate of youngsters getting part-time jobs as soon as they can. It will help them develop and mature as a person.

I took various jobs when I was at school. They taught me resilience, discipline, and the value of money. They also made me less self-obsessed. When I was 17, I helped look after a young woman with MS who later died.

The experience of caring for her taught me more about life and death than anything I learned at medical school. It helped me become a better person, and, I think, a better doctor.

On average 800 more people are dying each week than in previous winters, according to latest figures for England and Wales from the Office for National Statistics.

Public Health England warns hospital admissions for flu have doubled in the past two weeks and are ten times higher than 2018. The figures indicate the flu season has started early and caught people off guard.

I’ve seen elderly and frail people die from influenza, and had it myself, so I get vaccinated every year. Not everyone does.

This is worrying because around half of those infected don’t show symptoms — but can pass on the virus. So get your flu jab now to protect yourself and your loved ones.

Terminally-ill patients who put their affairs in order and plan their funeral tend to live longer, according to a paper in the British Medical Journal.

The finding mirrors my clinical experience.

I think that once all the mundane administrative business of death is sorted, people can focus on family and friends and the things they want to do or see in the time they have left.

I remember one elderly patient whose breast cancer had spread. She was deteriorating fast and started phoning relatives and friends to say goodbye.

She even wrote a letter to be read after her death by her husband, giving him instructions on how to cope when she was gone including how to operate the washing machine.

Yet once all this was done, she rallied. She was sitting up in bed, and her breathing improved. A woman given just weeks to live, hung on for a further five months — long enough to celebrate her 60th wedding anniversary.

Desperate for IVF…then ripped off

Speaking at a London conference this week, he cited a procedure called ICSI (intracytoplasmic sperm injection), which increases the cost of an IVF cycle by a third.

While it was developed to help men with poor quality sperm, it’s now being widely used despite no evidence it can benefit a man with normal fertility. Some IVF specialists inflate revenues by up to £700,000 a year by offering ICSI to patients who don’t need it, he claimed.

IVF is a gruelling and potentially distressing process. It is outrageous some unscrupulous practitioners feel they can manipulate desperate people for profit.

No one would exploit someone suffering from cancer in this way. Why should people trying for a baby be treated any differently?

If you didn’t catch this BBC adaptation of the best-selling book by Emma Healey last weekend, then check it out on iPlayer.

It’s an unforgettable drama about dementia, with Glenda Jackson delivering the performance of a lifetime in her first TV role in 27 years. On the surface it’s a murder-mystery but in reality it’s a stunning, poignant and insightful portrayal of a woman living with Alzheimer’s. 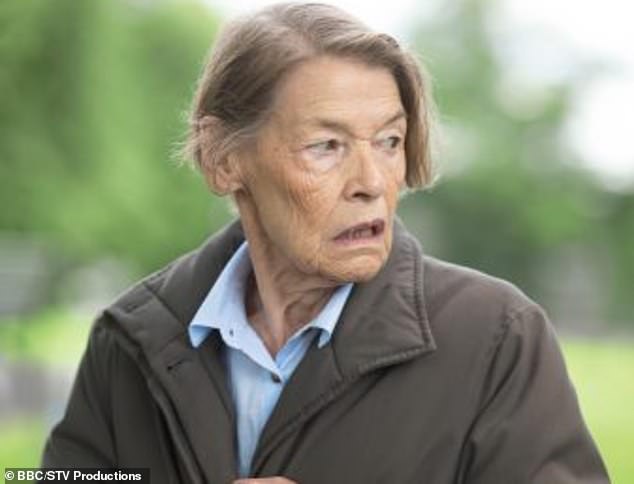 It’s an unforgettable drama about dementia, with Glenda Jackson (pictured) delivering the performance of a lifetime