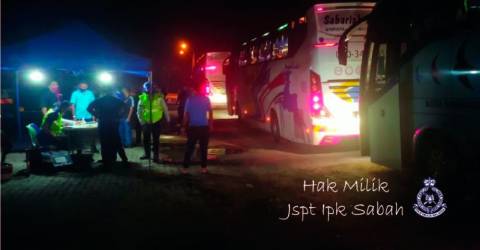 KOTA KINABALU: Sabah recorded an increase of seven per cent in the number of road accidents during Op Selamat held in conjunction with the Aidilfitri celebration this year , totalling 508 cases, compared to 472 cases during a similar operation last year.

He said during the 10-day operation, which ended on May 8, the Sabah police also issued 6,376 summonses to motorists for various traffic offences, compared to 16,969 summonses last year.

A total of RM65,300 in compound was also collected during the period, while 33 arrest cases involving offences under the Road Transport Act (30 cases), the Penal Code (two cases) and the National Registration Act (one case) were recorded during the period, he said in a statement today.

Although Op Selamat 18/22 had ended, he said, the police would continue with measures to reduce the number of road accidents in the state. – Bernama