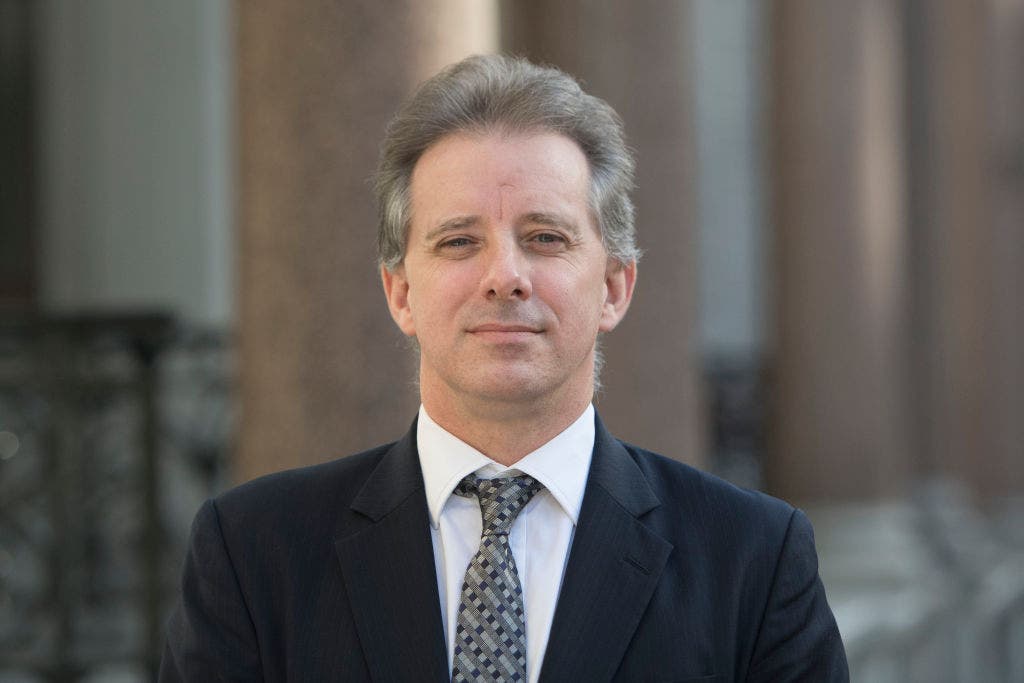 Prosecutors on Special Counsel John Durham’s team argued in federal court Wednesday that there is a “strong intersection” between the opposition research against then-candidate Donald Trump that ex-British intelligence officer Christopher Steele was collecting on behalf of the Hillary Clinton presidential campaign and the allegations former Clinton lawyer Michael Sussmann presented to the FBI attempting to tie Trump to Russia’s Alfa Bank.

Sussmann’s defense attorneys called Steele a “lightening rod,” and argued that introducing anything about him or his work into the trial would be prejudicial against their client.

During a motions hearing Wednesday at the U.S. District Court for the District of Columbia, U.S. District Court Judge Christopher Cooper heard arguments from both the special counsel’s team and defense attorneys for Sussmann about various pieces of evidence and whether they can be admitted for trial.

Both sides agreed that Sussmann met with Steele in July 2016. During that meeting, Durham’s team argues that he told Steele about the Alfa Bank allegations, and on Wednesday, prosecutors claimed that after that meeting, Steele was immediately tasked with investigating allegations related to Alfa Bank.

Prosecutors, though, made clear that they will not be calling Steele as a witness during the Sussmann trial which may make it more challenging for the government to invoke his name and work during the trial.

But Durham’s team said even without Steele, they believed evidence, while “limited,” would show a “strong intersection” between Steele’s opposition research and Sussmann’s “Alfa Bank efforts.”

“The campaign manager of the Clinton campaign has told the government that he viewed Steele’s opposition research and Alfa Bank research as intermixed,” government prosecutor Andrew DeFilippis said, noting that Steele’s efforts were part of the “work stream” between law firm Perkins Coie and Fusion GPS.

Durham, in previous court filings, attempts to outline the connection between Sussmann and the now-infamous and discredited anti-Trump dossier, which contained allegations of purported coordination between Trump and the Russian government.

The unverified dossier was authored by Steele, an ex-British intelligence officer, and commissioned by opposition research firm Fusion GPS.

The law firm Perkins Coie is the firm that the Democratic National Committee (DNC) and the Clinton campaign funded the anti-Trump dossier through.

Durham’s team, Wednesday, argued that Sussmann’s meeting with Steele in July 2016 is, in fact, “probative and relevant.”

Durham’s team argued that the evidence is “highly probative” because it establishes that Sussmann “represented and worked for the Clinton campaign with its broader opposition research efforts.”

Durham’s original indictment alleges Sussmann told then-FBI General Counsel James Baker in September 2016 — less than two months before the 2016 presidential election — he was not doing work “for any client” when he requested and held a meeting where he presented “purported data and ‘white papers’ that allegedly demonstrated a covert communications channel” between the Trump Organization and Alfa Bank, which has ties to the Kremlin.

In a filing earlier this month, Durham motioned to admit a Clinton campaign tweet from Oct. 31, 2016.

Durham could be referring to former Secretary of State Hillary Clinton’s Oct. 31, 2016 tweet stating: “Computer scientists have apparently uncovered a covert server linking the Trump Organization to a Russian-based bank.”

A second Clinton tweet from that day stated it was “time for Trump to answer serious questions about his ties to Russia.”

However, the federal judge, on Wednesday, ruled that the court would exclude the Clinton campaign tweet as hearsay.

Meanwhile, during the hearing, the judge, prosecution and defense discussed the role of “Tech-Executive-1,” who Fox News has confirmed is Rodney Joffe.

The defense wants to call Joffe as a witness during Sussmann’s trial, while the prosecution is asking the judge to deny that request. The judge said he would take arguments on the matter under advisement, but agreed that Joffe seemed like a “key witness.”

Sussmann’s trial is scheduled to begin on May 16.