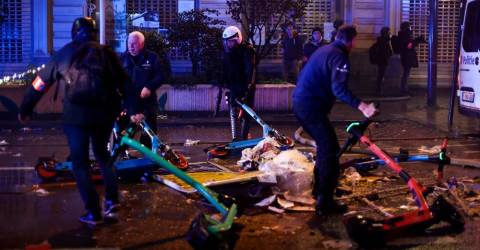 Police took action in Rotterdam, where some 500 people gathered near the city centre, as well as in The Hague, Amsterdam and Utrecht, Dutch police tweeted.

“Supporters threw fireworks and glass at the riot police who then carried out charges,“ Rotterdam police said.

Riot police also dispersed fans in Amsterdam and The Hague.

The Moroccan football team has a massive following in the Netherlands.

Dutch-born winger Hakim Ziyech — whose goal just before half-time was disallowed — is a particular favourite, having started his career here, playing for Amsterdam’s Ajax for four years before transferring to Chelsea in 2020.-AFP