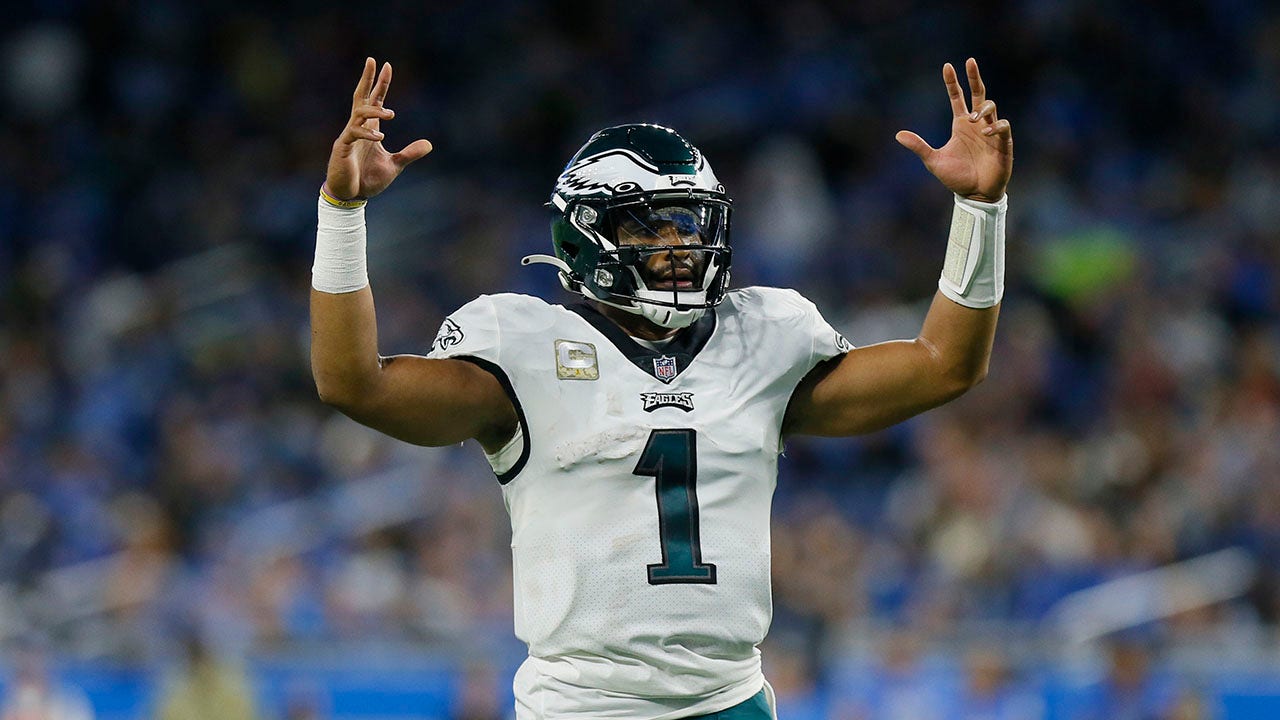 Boston Scott and Jordan Howard each had two touchdowns on the ground, helping the Philadelphia Eagles run over the Detroit Lions in a 44-6 win Sunday.

The Eagles (3-5) ended a two-game losing streak against a team that was very accommodating.

The Lions (0-8) go into their bye week as the NFL’s only winless team. The break gives first-year coach Dan Campbell extra time to figure out how to avoid leading the league’s first 0-17 team after being a tight end on the first 0-16 team in Detroit 13 years ago.

Scott and Howard made the most of his opportunity to fill in for running back Miles Sanders, who went on injured reserve with an ankle injury after he was hurt last week.

Scott broke a scoreless tie late in the first period with a 1-yard run and and Howard’s 4-yard run late in the second quarter put Philadelphia up 17-0. They each had a short touchdown run in the third quarter and finished with 117 yards rushing combined.

Just to make the setback sting a little more for the Lions and their fans, former Detroit cornerback Darius Slay scooped up D’Andre Swift’s fumble and returned it 33 yards make it 38-0 late in the third.

The offensively challenged Lions avoided a shutout midway through the fourth quarter when rookie Jermar Jefferson scored on an 8-yard run for his first NFL touchdown.

Alas, the Lions failed to convert the 2-point conversion as Jared Goff was hit, as he often was by the Eagles from every direction even when they rushed just four against five offensive linemen.

Goff was sacked a season-high five times and finished 23 of 34 for 222 yards. The sixth-year quarterback and many of his teammates made mental mistakes, including when he threw a ball away in the third quarter on fourth down instead of throwing toward a receiver with nothing to lose.

The Lions gave their fans something to cheer about when former linebacker Chris Spielman was inducted into the Pride of the Lions. The 1991 All-Pro and four-time Pro Bowl linebacker now has his name displayed at Ford Field along with 18 other former players, including Hall of Famers Barry Sanders and Joe Schmidt.

Eagles: WR Jalen Reagor had an ankle injury in the first quarter on a touchdown drive he boosted with 11- and 10-yard runs on end-around plays.

Lions have their bye next week and are off until Nov. 14 at Pittsburgh.