The asteroid that wiped out the dinosaurs dealt the killer blow to an already stressed and unstable planet teetering on the brink of catastrophe, according to a new report.

Carbon dioxide produced by volcanoes in modern-day India created acidic oceans which partly dissolved the shells of clams and snails.

Tracking how these creatures changed over time revealed the planet was struggling with the high amount of carbon dioxide in the atmosphere.

‘The Earth was clearly under stress before the major mass extinction event,’ said Benjamin Linzmeier from Northwestern University in the US.

A fossilised snail shell found in Antarctica that is  about to be analysed in the laboratory. The morphology of the shells changed as oceans became more acidic due to rising carbon dioxide levels 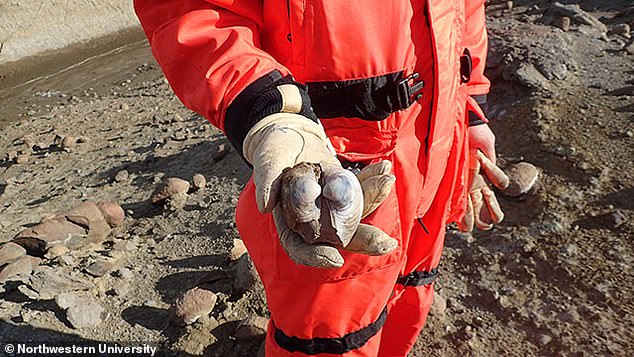 HOW ARE SHELLS USED TO TRACK HISTORICAL CO2 LEVELS?

Seashells mostly are composed of calcium carbonate, the same mineral found in chalk, limestone and some antacid tablets.

During the formation of the shells, CO2 likely affects shell composition even without dissolving them.

Shells grow quickly and change with water chemistry and can be used as a short, preserved snapshot of the ocean’s chemistry.

The type and amount of calcium carbonate in the shells then lends clues to carbon levels at a specific time.

Dissolving the shells and measuring a specific type – an isotope – of calcium gives a measurement for carbon dioxide levels at the time.

A range of shell fossils from different times allows scientists to paint  a picture of how CO2 levels have changed over time.

The researchers say that understanding Earth’s response to previous bouts of global warming could shed light on our own battle against the ongoing climate crisis.

The Deccan Traps, a 200,000-square-mile volcanic province, erupted over a long period of time and spewed out vast amounts of the greenhouse gas.

The oceans soaked up carbon dioxide and became more acidic, in turn affecting the animals living in the waters.

It caused the shells of ancient fossilised shells in Antarctica to change, and tracking this reveals Earth’s tumultuous pre-Chicxulub existence.

They linked the changing morphology of the fossils to the persistent eruptions of the Deccan Traps.

‘Our data suggest that the environment was changing before the asteroid impact,’ said Dr Linzmeier, the study’s first author.

‘Those changes appear to correlate with the eruption of the Deccan Traps.

‘The asteroid impact coincides with pre-existing carbon cycle instability. But that doesn’t mean we have answers to what actually caused the extinction.’

Shells can provide crucial clues to historical carbon dioxide levels in the atmosphere.

Carbon dioxide increases acidity of oceans which alters how the shells form, as more acidic water can dissolve the soft calcium carbonate shells are made of.

A specific type of calcium, an isotope, can be detected using a new method developed at Northwestern University. 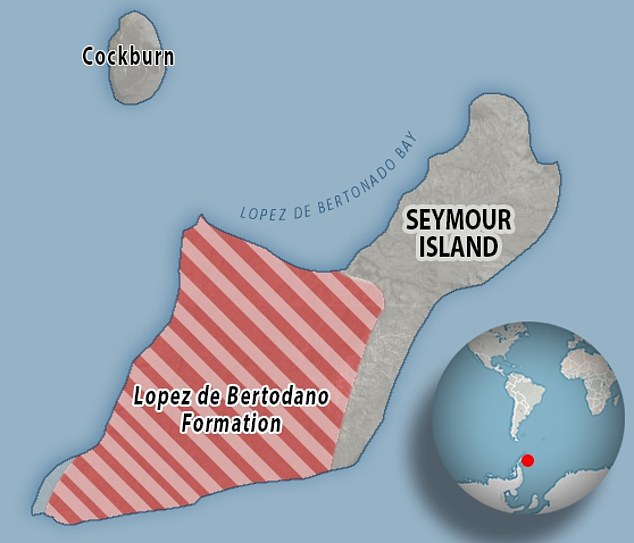 For this study, the researchers examined shells collected from the Lopez de Bertodano Formation, a well-preserved, fossil-rich area on the west side of Seymour Island in Antarctica 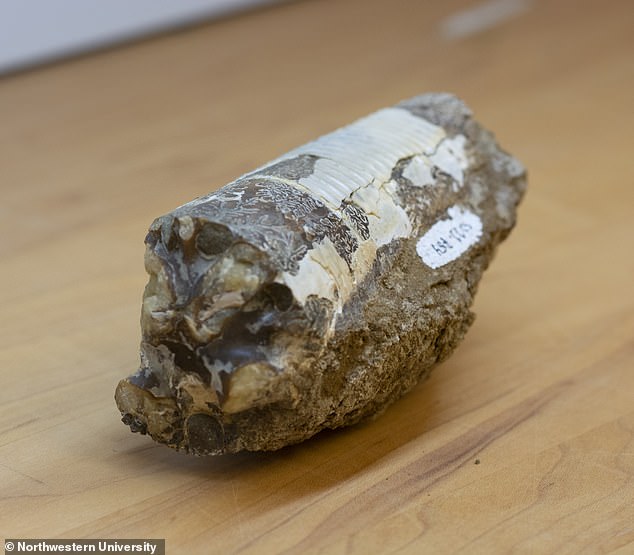 A fossil, collected from Antarctica, in the laboratory at Northwestern University. Shells can provide crucial clues to historical carbon dioxide levels in the atmosphere. It found long-term eruptions from the Deccan Traps belched out huge amounts of CO2 – polluting the atmosphere

The calcium shells are dissolved down to their base chemicals and these are then fed through various forms of analytical machinery, including a mass spectrometer.

‘We expected to see some changes in the shells’ composition, but we were surprised by how quickly the changes occurred,’ Dr Linzmeier added.

‘We also were surprised that we didn’t see more change associated with the extinction horizon itself.’

The researchers say being able to understand how the planet has responded to high levels of carbon dioxide in the past can help us understand the dire situation of today with ever-increasing greenhouse gas emissions.

‘Perhaps we can use this work as a tool to better predict what might happen in the future. We can’t ignore the rock record.

‘The Earth system is sensitive to large and rapid additions of CO2. Current emissions will have environmental consequences.’

The research is due to be published in the January 2020 issue of the journal Geology. 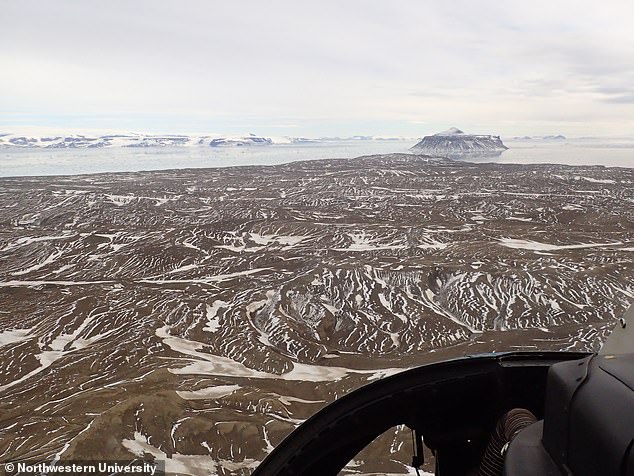 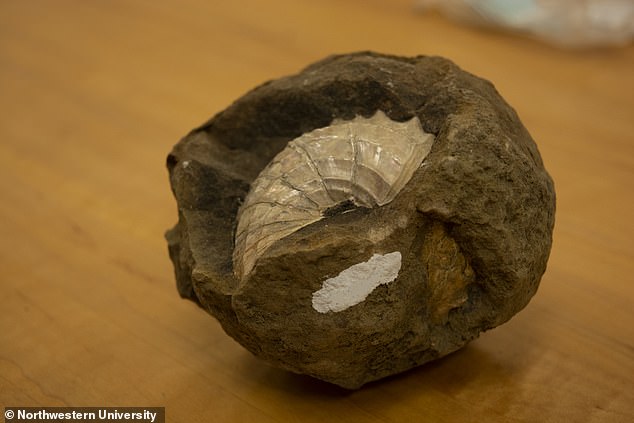 A fossilised shell is readied for analysis in the laboratory at Northwestern University.  The calcium shells are dissolved down to their base chemicals and these are then fed through various forms of analytical machinery, including a mass spectrometer