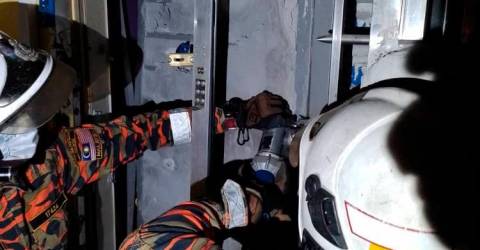 AN elderly man under overwhelming stress from loan sharks had barricaded himself in his own home in Setapak recently.

Based to a report by China Press, the man had set his car on fire before cementing the entrance of his house. When the police arrived, they could not break down the cemented entrance as his doors and locks were also covered in the substance.

The police team then reached out to the fire and rescue department to assist in resolving the matter.

Meanwhile, it took the fire department two hours to complete the task at hand, and the elderly man was eventually freed at 12.05 am.

He was then handed over to the police for further investigation. He is currently receiving psychiatric treatment in the hospital.