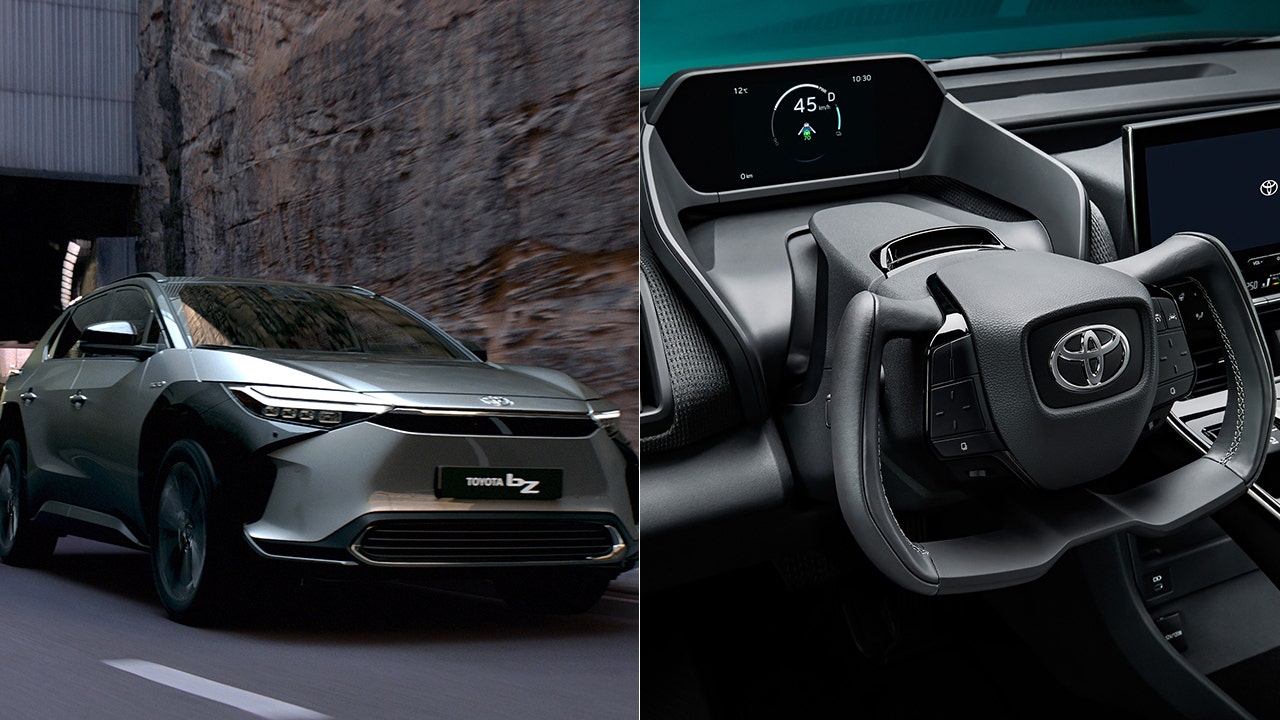 Toyota wants you to hang on.

The Toyota bZ4X is a Rav4-size electric SUV.
(Toyota)

Toyota has unveiled the production version of its upcoming electric bZ4X compact SUV with an optional yoke-style steering wheel, similar to the one featured in the latest Tesla Model S.

The difference is that the bZ4X’s is connected to a steer-by-wire system that has no mechanical connection to the wheels and is programmed so that the yoke only needs to turn up to 150 degrees from side to side and the driver doesn’t ever need to remove their hands.

Tesla’s is connected to a mechanical steering system that’s geared for 2.3 turns lock to lock, requiring the driver to reposition their hands with limited places to grip it during tight turns and parking maneuvers.

Infiniti was the first to introduce a steer-by-wire system in a production vehicle in 2014, but its design uses a round steering wheel and has a backup steering column in case it fails. Without the need for a column, Toyota’s setup has the added benefit of opening up more space in the driver’s footwell.

The bZ4X will come with a conventional steering system.
(Toyota)

The bZ4X will come standard with a conventional wheel and steering system, however, and an exterior design inspired by the shape of a hammerhead shark.

The Rav4-size model will be offered with 201 hp front-wheel-drive and 215 all-wheel-drive powertrains that have expected ranges of 310 and 286 miles per charge using the global WLTC rating, which tends to be higher than the EPA’s. The vehicle employs a heat pump air conditioning system and radiant-heat floor panels to improve its climate control efficiency.

Subaru will also be building a vehicle on the same platform called the Solterra, which has not yet been fully revealed.