All shook CUP: Elvis Presley’s rhinestone studded jockstrap bearing his initials goes up for sale for £30,000

By Jordan King For Mailonline

Elvis Presley’s rhinestone-studded jockstrap with his initials on it is being being sold for £29,950.

The jockstrap was custom-made by an Elvis fan and was worn by the King right up until he died in 1977.

The jockstrap (pictured), being sold by celebrity memorabilia experts Paul Fraser Collectables, was custom-made by an Elvis fan and was worn by the King right up until he died in 1977 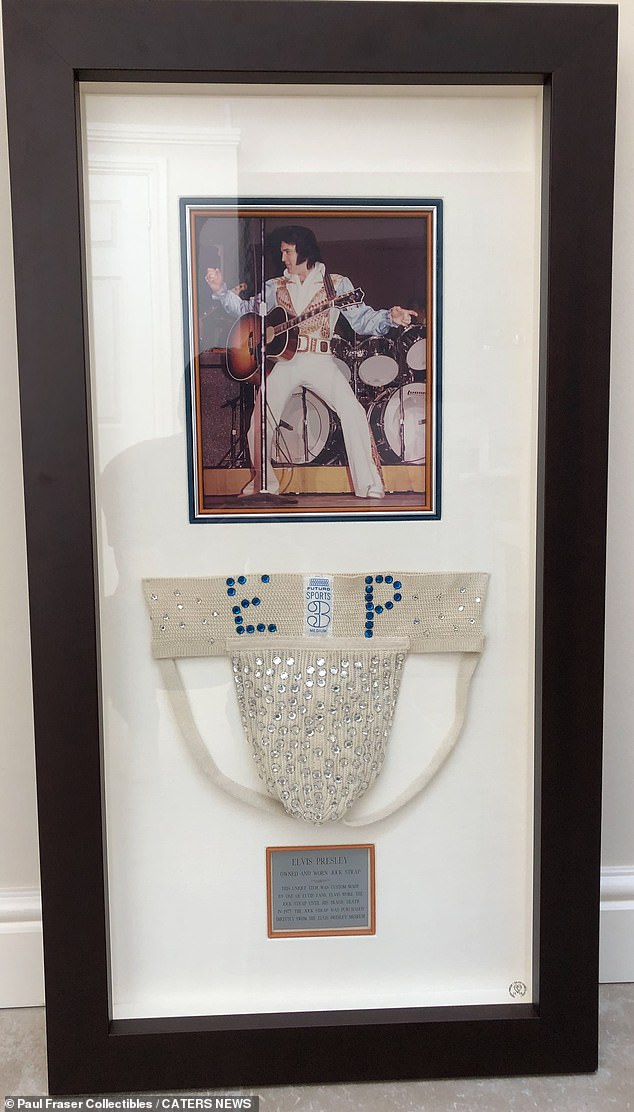 It was originally part of singer Jimmy Velvet’s collection, Elvis Presley’s close friend from the start of his career, who set up a museum to celebrate the icon’s life.

‘I’m sure the new owner won’t be able to resist wearing it out on a Saturday night.

‘Joking aside, Elvis owned garments are scarce and hugely popular with collectors.

‘This is a rare opportunity to own an intimate piece of the King.’ 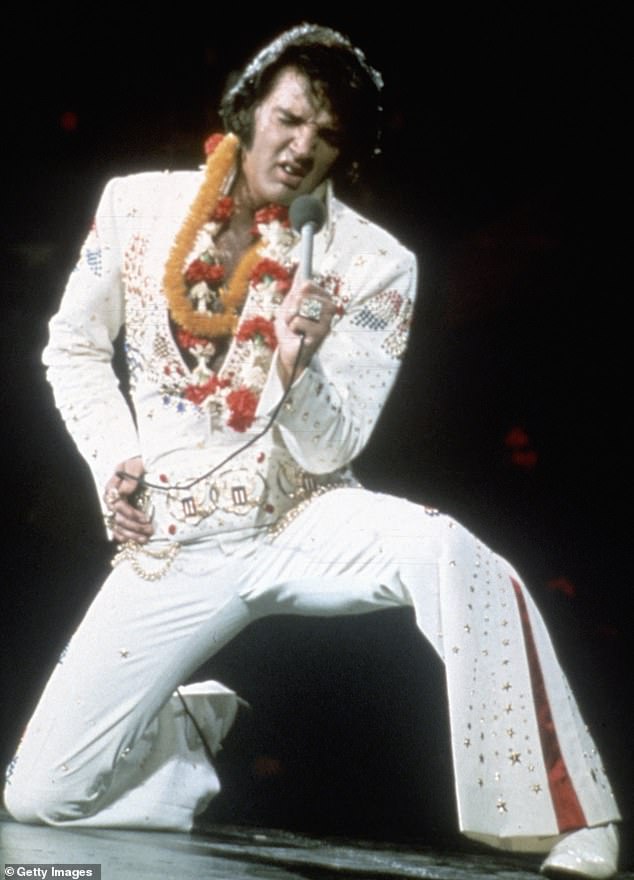