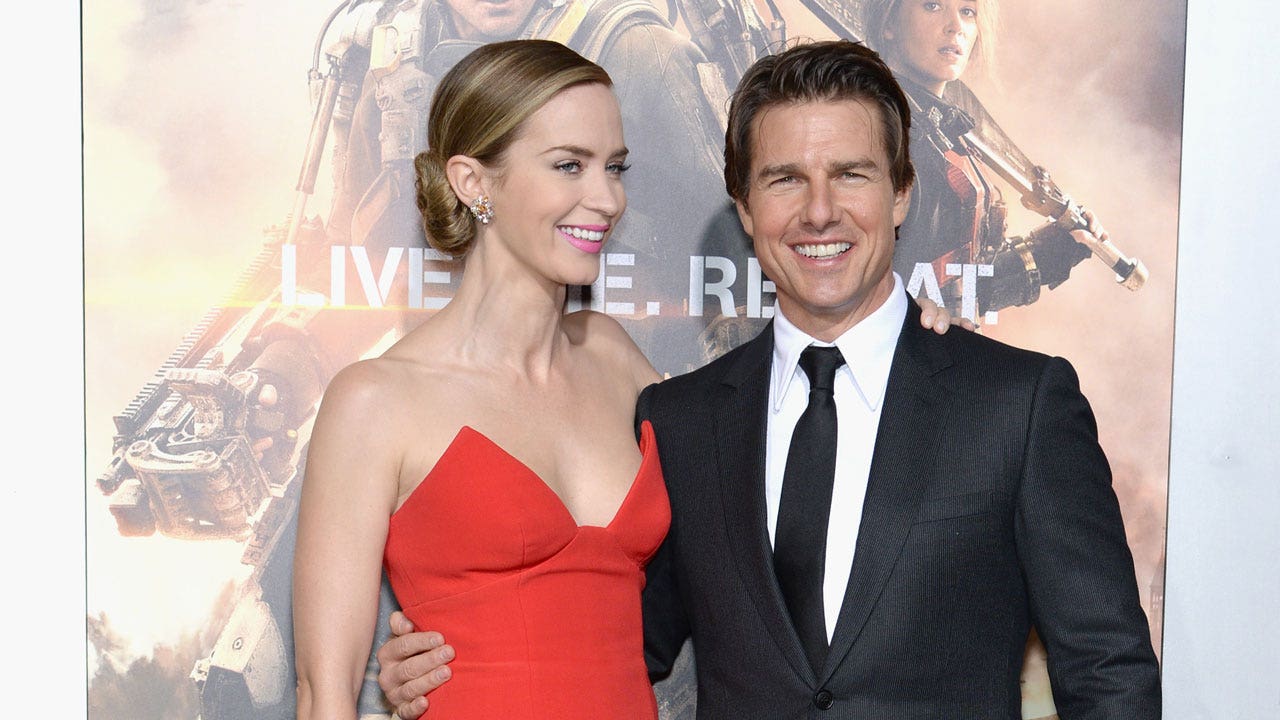 Emily Blunt clarified that she was not “offended” by Tom Cruise’s vulgar advice given on the set of “Edge of Tomorrow.”

The 39-year-old actress called the reaction to Cruise telling her to “stop being such a p—-” was “ludicrous.”

“It’s ludicrous that it’s being spun as something that offended me,” Blunt told E! News in a statement. “It didn’t. I shared the story as lightheartedly as it was meant by Tom.”

Blunt went on to emphasize that the “Top Gun: Maverick” star is a “dear friend” to her.

Emily Blunt clarified she was not “offended” over vulgar advice given by Tom Cruise on the set of “Edge of Tomorrow.”
(Getty Images)

“I absolutely adore Tom, he’s a dear friend, and he was a total gem to me,” she said. “It was said as a joke to make me laugh, which it did in a big way. And it’s still something we laugh about to this day.”

Prior to her role in “Edge of Tomorrow” alongside Cruise, Blunt was most known for films such as “The Devil Wears Prada” and “The Five-Year Engagement.”

“It was my first foray into action, and as Tom said, rather unreassuringly when we started it, he goes, ‘This is the deep end of action for me.’ And I was like, ‘if you’re saying that, then we are in trouble,'” she recalled during an episode of the “Smartless” podcast.

“We had to wear these really enormous robotic suits, which I think it would have been great if they could have CGI’ed them, but we wanted to do it practically and in a tactile way,” she said.

“When you hear the word tactile, you’re like, that sounds nice and cozy. There was nothing cozy about wearing these suits.”

Wearing the suit led Blunt to feel “a bit panicky” and she began to cry on set.

Emily Blunt and Tom Cruise attend the world premiere of “Edge of Tomorrow” in 2014.
(Photo by Dave J Hogan/Getty Images)

“He just stared at me and was like, ‘I know, I know,’ and I was like, ‘I’m not sure how I’m going to get through this shoot,’ and I started to cry,” she said. “I was like, ‘I’m just feeling a bit panicky about the whole shoot.'”

“He literally goes, he stared at me for a long time not knowing what to do, and he goes, ‘Come on, stop being such a p—-, OK?’”

Blunt added, “And I did laugh, and then we got through it.”

“Edge of Tomorrow” was released in theaters on May 28, 2014. Other cast members included Bill Paxton, Brendan Gleeson, Charlotte Riley and Jonas Armstrong.

Before her role in “Edge of Tomorrow,” Blunt was known for her roles in rom-coms. The actress appeared in “The Devil Wears Prada” and “The Five-Year Engagement.”
(Getty Images)