Chocolate and ice cream may not be top of the shopping list for most of us trying to keep in shape.

But it seems they’re good enough for injury-hit Emma Raducanu as she stocked up on comfort food during a shopping trip to M&S.

But it wasn’t all sweet treats for the US Open champion, who also bought a super wholefood salad and a pot of Greek yoghurt.

It came as Miss Raducanu, whose injury means she remains a doubt for Wimbledon, was unveiled as the face of yet another brand.

The player, who is said to be worth £10million, has signed a four-year partnership with HSBC – Wimbledon’s official banking partner. She has already worked with several brands including Nike and Evian.

Serving up: The tennis star with her M&S snacks. It came as Miss Raducanu, whose injury means she remains a doubt for Wimbledon, was unveiled as the face of yet another brand 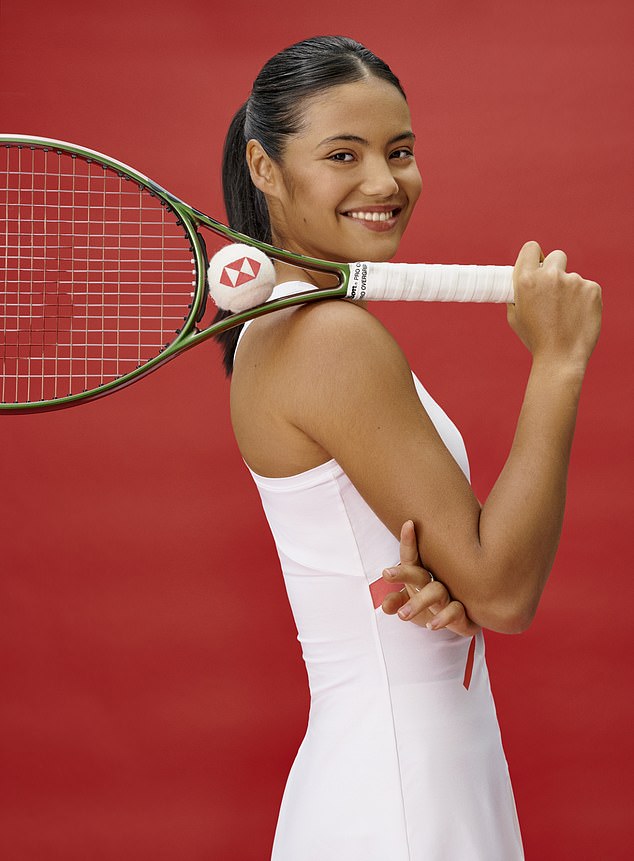 Emma, 19, who lives in Bromley and whose parents both work in the financial industry, said she hoped to use the four-year link-up with HSBC to help educate young people in finance.

Raducanu said: ‘To partner with HSBC is so natural for me having grown up playing in the HSBC Road to Wimbledon and having been a customer for many years.

‘If I wasn’t a tennis player, I would definitely want to work in finance so I’m excited to learn more about the industry in the years to come.

‘We are working on some really cool ideas and I’m particularly looking forward to working on initiatives that help young people, such as financial education, but watch this space.’

HSBC has a long association with Wimbledon and is the official banking partner of The Championships.

Global chief executive Noel Quinn said: ‘HSBC has had a longstanding relationship with Emma and her family for many years. We’re hugely proud of Emma and what she has already achieved in her professional career. 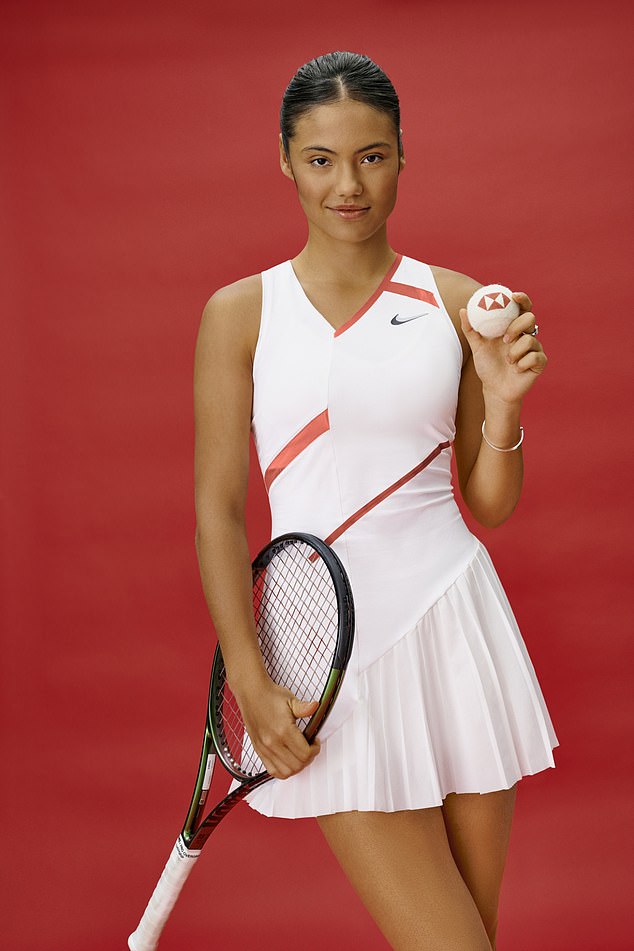 Emma, 19, who lives in Bromley and whose parents both work in the financial industry, said she hoped to use the four-year link-up to help educate young people in finance

‘We also believe there are some really great and innovative ways that we can work with her to inspire and educate young people, which is why we’re so pleased to have forged this new long-term partnership.’

Raducanu’s New York victory saw her become one of tennis’ most high-profile stars and she already has sponsorship deals with Porsche, Tiffany and Co, British Airways, Evian, Dior and Vodafone.

Raducanu gained celebrity status with her maiden Grand Slam win at Flushing Meadows, with brands lining up to offer her sponsorship deals and a host of magazines featuring her on the front cover.

Since winning in September, the teenager has announced deals with:

The 19-year-old is in a race against time to be fit for Wimbledon, which begins on June 27, after being forced to retire from her first-round match in Nottingham last week through injury.

Raducanu gained celebrity status with her maiden Grand Slam win at Flushing Meadows, with brands lining up to offer her sponsorship deals and a host of magazines featuring her on the front cover.

Days later she found herself among the A-list elite at New York’s Met Gala – the biggest night in fashion.

She rose to the occasion in a stunning midriff-baring, monochrome Chanel outfit complete with pearls encircling her waist and Tiffany diamonds in her ears.

Personally invited by Vogue chief Dame Anna Wintour, she was seated on the $500,000 Chanel table with its celebrity ambassadors – prompting speculation she would join their ranks as an ambassador.

Meanwhile, the teenager was then revealed as the face of jewellery brand Tiffany and Co in a deal estimated to be worth more than £2million.

In October, she became the latest celebrity to be announced as an ambassador for high-end fashion house Dior.

In the role, the teen will represent Dior Creative Director Maria Grazia Chiuri’s womenswear collections as well as the luxury brand’s skincare and make-up ranges. It is not known how much Emma will be paid for her role as an ambassador for Dior.

She has since scooped deals with Evian and appeared as the face of Sports Direct’s 2021 Christmas campaign.

The tennis star has been heralded as a ‘sponsor’s dream’, and is on course to become the highest earning female sports star of all time.

It was also reported that she laid the groundwork for her potential earnings aged 17, registering Harbour 6 Limited to manage her finances.