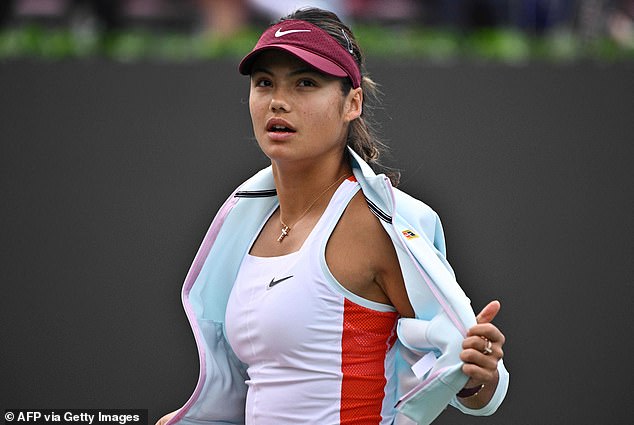 Emma Raducanu retires injured during battling Korea Open defeat by Jelena Ostapenko…. as the Brit is denied her first final since winning the US Open over a year ago following an impressive three-match winning run

By Mike Dickson for The Mail on Sunday

Emma Raducanu’s unpredictable mix of steps going both forwards and backwards continued on Saturday with her fourth retirement of the season.

Having reached her first semi-final since the US Open, the British teenager pulled out of the Korean Open when trailing top seed Jelena Ostapenko in a deciding set.

Raducanu was again showing signs of her capabilities, but withdrew due to an injury to her glute muscle after falling behind 4-6, 6-3, 3-0 against the former French Open champion.

She had won three successive matches to get that far, but was again stymied by the kind of physical problems which also saw her stop mid-match at events in Rome, Nottingham and Mexico this year.

Additionally, of the 18 tournaments she has played, injury could be said to be a factor, to a greater or lesser extent, in at least three others. Nonetheless she ought to find her ranking up to around 66 this coming week, which is already an improvement on the 83 she dropped to upon relinquishing her US Open title.

This was the second straight tournament in which she has taken medical timeouts in the course of defeats, with her upper left leg being the problem area. 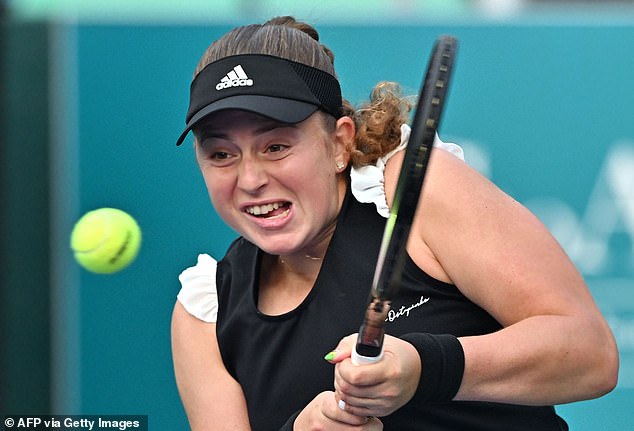 Jelena Ostapenko prevailed with a 4-6, 6-3, 3-0 victory as she managed to reach the final

In Slovenia the previous week she had her thigh strapped while losing the quarter-final.

This time she took a lengthy break after the second set to try and see off an issue slightly higher up on her body. Blisters on her hands have also been a recurring theme. The reasons for these recurring issues probably lie in two separate areas.

One is that when she won the US Open her body was not fully prepared for the rigours of the tour compared to some of her peers, who have trained full-time for longer, due to the completion of her education. 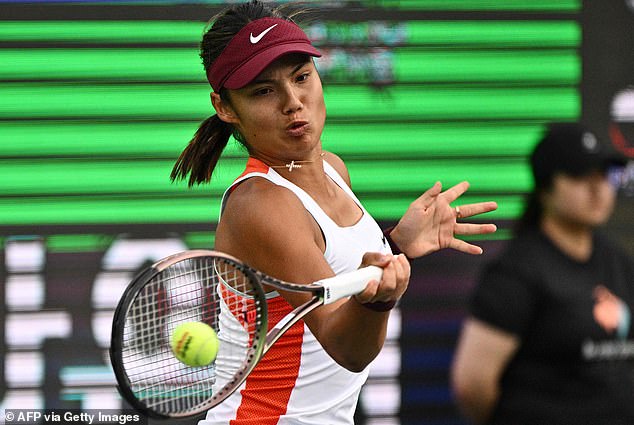 It was a frustrating occasion for Raducanu, who impressed on her journey to the semi-finals

The other, less tangible, is a reaction to the pressures she has felt after soaring to fame over the summer of 2021, and achieving in a way that nobody would have expected in a short space of time.

She has talked repeatedly of getting used to having a target on her back, and of the intense scrutiny which, understandably, has accompanied her since winning at Flushing Meadows.

There have certainly been indications that her coaching arrangement with Dmitry Tursunov, the California-based former Russian player, has been bearing some fruit since they teamed up in early August. Going forward there could yet be issues in him securing visas, as there may be for anyone with a Russian passport.

The full extent of Raducanu’s injury was not immediately clear, but she is due to play two tournaments next month, in the Czech Republic and Romania, before representing GB in the Billie Jean King Cup finals in Glasgow in November. 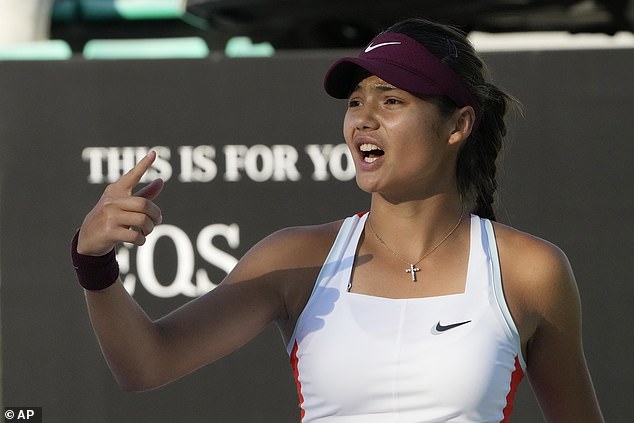