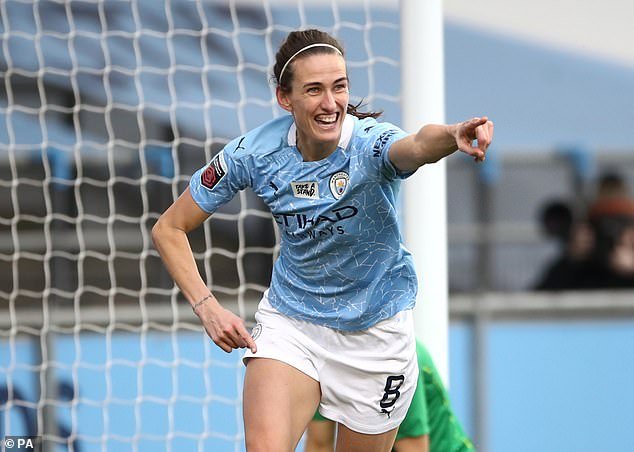 Everton Women have signed Jill Scott on loan from Manchester City for the rest of the season.

Since joining City, the midfielder has won three FA Cups, three Continental Cups and the WSL.

‘I am delighted to be able to bring Jill back to the club,’ said Everton boss Willie Kirk.

‘She was a pivotal figure at Everton when the Women’s Super League was first formed and went on to become a significant part of Manchester City establishing themselves as one of the top clubs in this country.

‘Her achievements in the game are incredible, and that was recognised with her MBE in the 2020 New Year’s Honours list. 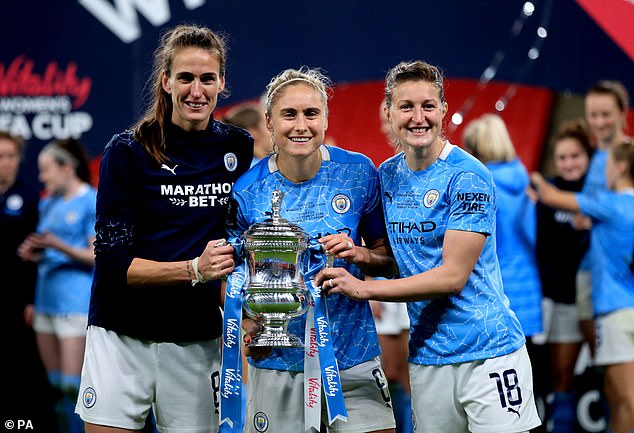 ‘She is very excited to join us and I expect her to challenge and raise our standards, adding to the good work we are doing.

‘It may only be a loan deal until the end of the season but I feel she can have a long-term impact to the journey that we are currently on.

‘I’m really looking forward to working with her and it is another sign of our intent.’

Scott has only started two league games for City this season but was on the scoresheet in the 7-0 victory over Aston Villa last weekend. She also played 90 minutes and extra time as Gareth Taylor’s side were knocked out of the Continental Cup by Chelsea on Wednesday.

The midfielder is believed to be looking for more game time with the hope of earning a place in the GB women’s team at this summer’s Olympics. Scott is the second highest capped England player of all time behind Fara Williams, who has 170. 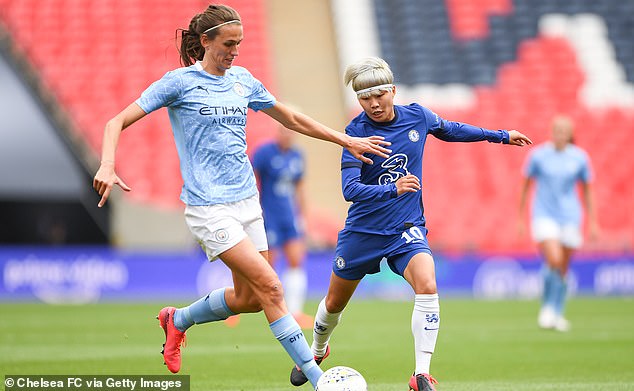 Everton Women Sporting and Commercial Director, Sarvar Ismailov said that Scott will bring the Toffees, who are currently fifth in the WSL, a ‘winning mentality’.

He said: ‘It is great to welcome Jill back home. We all know the qualities which she brings to our squad but, most importantly, she gives us that winning mentality which will help our team.

‘We are still in the process of strengthening and building that winning squad that can challenge the top four in the WSL.’

The 33-year-old is in contention to make her Everton return in the WSL match against Tottenham on Sunday.