All of England’s Euro 2020 group games ‘will have 22,500 fans in attendance’ with Wembley fixtures against Croatia, Scotland and Czech Republic ‘given special status as test events’

By Kishan Vaghela For Mailonline

England will play in front of a crowd of 22,500 for each of their Euro 2020 group matches at Wembley, according to reports.

And The Times claim the FA guaranteed UEFA at Thursday’s meeting of the 12 host cities that 25 per cent of Wembley’s capacity will be filled because the stadium has special status as test events.

England will reportedly play in front of a crowd of 22,500 for each of their Euro 2020 group matches at Wembley

That it is important because the number of spectators set to be allowed in will be more than double the number allowed by the UK government’s roadmap out of the coronavirus lockdown.

Under the government’s plans, sporting events can take place in front of 10,000 spectators from 17 May, with restrictions being eased further after 21 June.

England’s matches against Croatia and Scotland on 13 and 18 June respectively take place before those easing of restrictions, and while their final game takes place on 22 June, the outlet adds the plan is still for 25 per cent capacity.

The report adds the FA has not yet announced its final plan for the tournament’s semi-finals and final at Wembley, but claims the body is aiming for at least 45,000 fans, equivalent to half capacity, for those games. 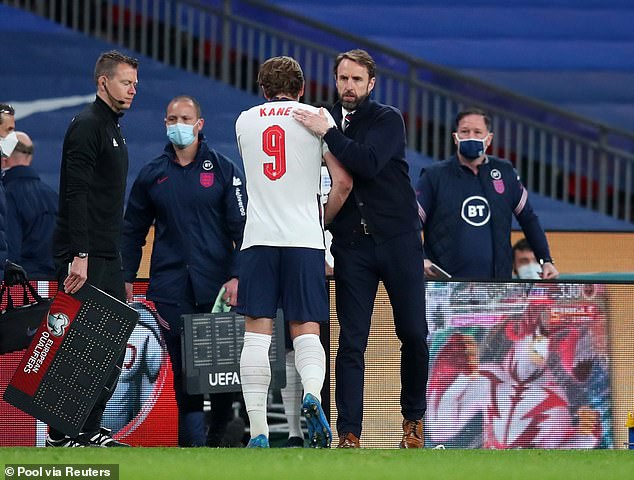 Gareth Southgate’s men are set to face Croatia, Scotland and the Czech Republic in Group D

The Scottish FA meanhwile reportedly confirmed it will have 25 per cent capacity for the four matches at Hampden Park, which constitutes a touch under 13,000 seats.

The reports come as more positive news for UEFA, who received a blow after Bilbao joined Dublin in saying it could not guarantee fans at the tournament this summer.

The two cities are due to co-host Group E in the competition and now the European football governing body may have to relocate the games, with England a potential beneficiary.

Uefa is expected to decide by 19 April which, if any, of the 12 host cities will lose their games as a result of being unable to provide guarantees that fans will attend. 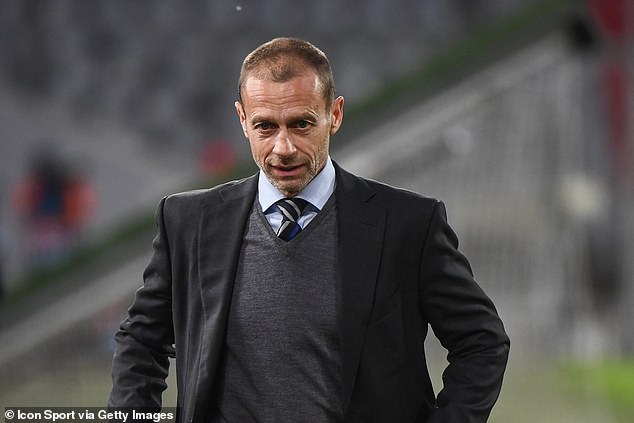 Uefa is expected to decide by 19 April which, if any, of the 12 host cities will lose their games

The governing body’s president, Aleksander Ceferin, insisted last month that host cities must commit to some fans if they were to retain their matches.

Sportsmail understands that the local organising committee for each city did indicate it would accommodate at least some supporters, albeit in Ireland’s case, very few.

However, the threshold has settled at 25% stadium capacity, which the Irish said they could not agree to and the Spanish are now questioning, too. 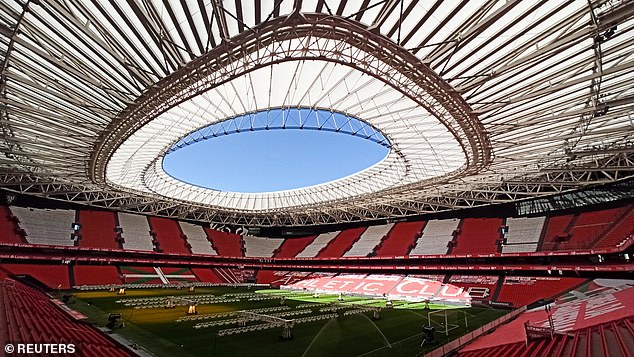