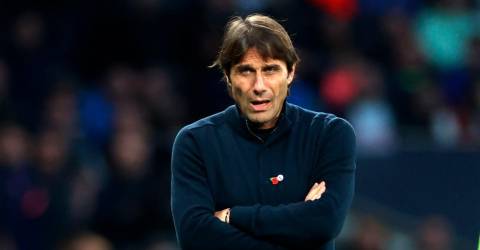 ENGLAND captain Harry Kane will be in the best physical and mental condition when he embarks on his second World Cup finals campaign this month, Tottenham Hotspur manager Antonio Conte (pix) said.

Kane scored his 12th Premier League goal of the season in a 4-3 win over Leeds United on Saturday in his 22nd consecutive start for Spurs in this campaign.

The 29-year-old’s workload in recent weeks has stoked fears of potential fatigue in Qatar, but Conte said the striker will be raring to go when England begin their group campaign against Iran on Nov. 21.

“We are talking about a really world-class striker,“ Conte told reporters. “He can continue to improve and to become stronger and stronger. Now he’s arriving at this World Cup in the best physical condition and also mental condition.

“I think he feels a lot of responsibility because he’s the captain of England. I consider England to be one of the best teams in the world, one of the candidates to have an important tournament.

“In this period, especially the last 13 games, Harry played a really important role. Harry honestly deserves great praise because he is always an important player, but in this period a lot of weight was on his shoulder and he played in a fantastic way.” -Reuters