A tourist has been rushed to hospital after she was thrown from an SUV in a single vehicle roll over.

The English woman was travelling with five other people in the Southern Downs region of Queensland when it rolled at about 1.30pm on Sunday.

When the driver of the SUV lost control and the vehicle rolled, the woman, aged in her in her mid-20s, was ejected through a window.

She suffered head and pelvic injuries.

Queensland Ambulance paramedics rushed to the scene before transporting her to the nearest helipad.

She was then airlifted to the by the RACQ LifeFlight Helicopter to the Princess Alexandra Hospital.

The woman arrived at hospital in a stable condition. 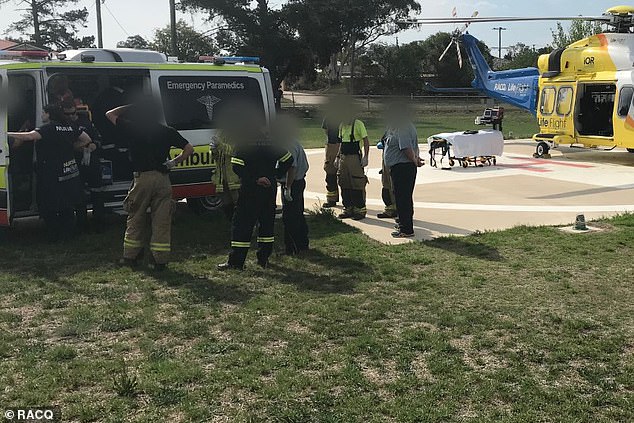