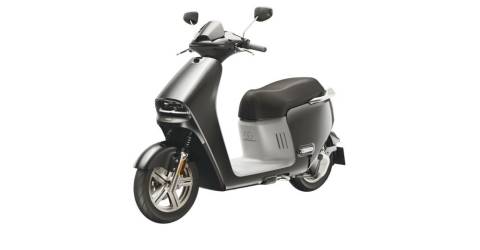 In a filing with Bursa Malaysia today, EPMB announced that the National Committee for Vehicle Type Approval (VTA) and Homologation, Road Transport Department (RTD) had on Aug 30 approved the VTA for Blueshark SG3000DT model, or referred as “Blueshark R1” under the Malaysia Road Transport Act 1987. Certificate for the VTA has been issued to EP Blueshark Sdn Bhd, a wholly owned subsidiary of EPMB.

The VTA approval allows EPMB’s electric bike Blueshark R1 (pix) to be road registered and licensed by RTD. This ill create a new chapter to EPMB to diversify complementing its present business.

EP Manufacturing executive chairman Hamidon Abdullah said with the VTA approval, it is one step closer to capturing the projected demand for two-wheel EV in Malaysia.

“Simultaneously, our partners in other Asean countries such as Indonesia, Singapore, Thailand and Vietnam have also applied the equivalent VTA for Blueshark R1 in their respective countries, and this will complement EPMB’s manufacturing activities. Our venture into the two-wheel EV business is well supported by the technical know-how of China-based Sharkgulf Technologies Group Limited. This is in conjunction with a strong funding base from international investors who are focused on ESG. This should set us on a sustained growth path, moving ahead.”

In addition to the manufacturing plant and a sales and distribution centre in Malaysia, EPMB will also establish a R&D Centre, which will share technical know-how and resources to Sharkgulf’s Gigafactory in Qingdao West Coast New Area. A manufacturing base with shared R&D efforts in Malaysia would address cost structures to make EPMB’s two-wheeled EV cost effective.

On July 25, EP Blueshark received conditional approval from the Ministry of International Trade and Industry on its application for assembly of electric bikes under the Industrial Co-ordination Act 1975 [Act 156]. This is subject to the conditions to be fulfilled by EP Blueshark within six months from the letter of approval.

With the conditional approval, EP Blueshark is on track to establish a manufacturing plant and sales and distribution centre to assemble, manufacture and distribute the Blueshark-branded 2-wheel EV in Malaysia. Eventually, the company will export the assembled products into other Southeast-Asian countries where demand for two-wheelers is booming. The Blueshark-branded two-wheel EV is developed by Sharkgulf Technologies, which is known for inventing the world’s first smart operating system for the electric two-wheeler industry.

The two-wheelers are powered by a new-generation portable and swappable lithium-ion batteries, making the bikes more compact and efficient. Within seconds, users will be able to swap the used batteries for fully-charged batteries at the “swap stations”. These “swap stations” can be positioned anywhere accessible such as convenience stores, fuel stations and parking lots. The batteries can also be charged at home using dedicated charging docks.