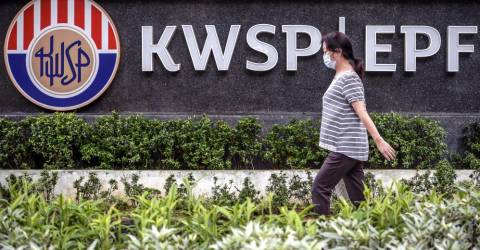 KUALA LUMPUR: The payment for the Employees Provident Fund (EPF) Special Withdrawal of up to RM10,000 will be made earlier on April 18 as compared to April 20 announced previously, the Minister of Finance Tengku Datuk Seri Zafrul Tengku Abdul Aziz said.

He said the payment would be credited in stages beginning tomorrow.

“Many who messaged and commented on my social media ‘YB, can the EPF withdrawal be made earlier?’.

“I hear your voice. Therefore, after discussing with the EPF, we are pleased to inform that the EPF’s Special Withdrawals will be credited in stages from April 18, 2022 instead of April 20, 2022 as previously announced,” he said on his Facebook page today.

Tengku Zafrul said he hoped the withdrawal would cheer up the #KeluargaMalaysia Aidilfitri celebration and eased the burden of the people.

The government recently announced a Special Withdrawal of up to RM10,000 for EPF members under the age of 55 for the last time.

Prime Minister Datuk Seri Ismail Sabri Yaakob previously said the decision was made based on the results of a comprehensive study and research among the people who are still economically affected, losing income and rebuilding their lives.

The application for the withdrawal was opened from April 1 until April 30 and applicants can check the status of their applications on the Special Withdrawal portal: https://pengeluarankhas.kwsp.gov.my/.-Bernama