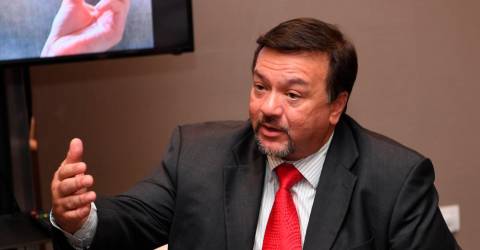 KUALA LUMPUR: The government’s decision to extend the minimum statutory contribution rate for employees at 9 per cent for another six months is a move that acknowledges thecurrent economic challenges faced by members.

Chief executive officer Datuk Seri Amir Hamzah Azizan said the move to extend the statutory contribution rate at 9 per cent until mid-2022 should come as a relief as it helps to increase employee’s take-home salary and ease financial hardship.

“We are also grateful that the government has agreed to extend the age for i-Saraan members as this can encourage more self-employed and informal sector workers to save for their retirement with the EPF.

“More so, self-employed and gig workers are also offered tax relief of up to RM4,000 when they contribute to the EPF via voluntary contributions, and this is in line with our focus to get this group into the EPF scheme for their future retirement security,” he said.

During the tabling of Budget 2022 themed “Keluarga Malaysia, Makmur Sejahtera (A Prosperous Malaysian Family)”, Finance Minister Tengku Zafrul Abdul Aziz announced that the government’s 15 per cent contribution under i-Saraan, subject to a maximum of RM250 per member per year, will be extended to include those from age 55 to 60.

Meanwhile, the Caruman Sukarela Insentif Suri (i-Suri), which enables housewives and widows to save with the EPF, will be integrated with the Social Security Organisation and renamed ‘Kasih Suri Keluarga Malaysia’.

EPF said the initiative provides the opportunity for housewives and widows registered under the eKasih system, to gain access to social security.

Amir Hamzah said that the EPF welcomes the social protection measures announced in Budget 2022 which include insurance, takaful, medical assistance as well as expanding support to children and the elderly.

“Given that our coverage extends to almost half of the Malaysian population, we will continue to work with the government and related agencies in achieving social wellbeing for EPF members and Malaysians in general, in a manner that is transparent, inclusive and in line with the ‘Keluarga Malaysia’ spirit,” he added.-Bernama